David Low - after an absence of 3/4 years - rolled back the clock to win Aberdeen & North of Scotland's marquee title - the  Confined Singles - bettering the very talented and promising youngster Dylan Curry in a thrilling final on Saturday 13th December 2014. Here is David inspecting the newly won trophy with past winners Richard Yule (left) and Frank Still (right). Frank explained that he won the tournament in 1965 at the ripe age of 32. Richard Yule (formerly Scotland's No.1 ranked player) won it a few times prior to leaving the North East for pastures new. It was really fantastic to see these Aberdeen TT legends attend the days proceedings. A full list of winners/runners up and results can be found here North Confined 2014-15 - Complete Results.xls 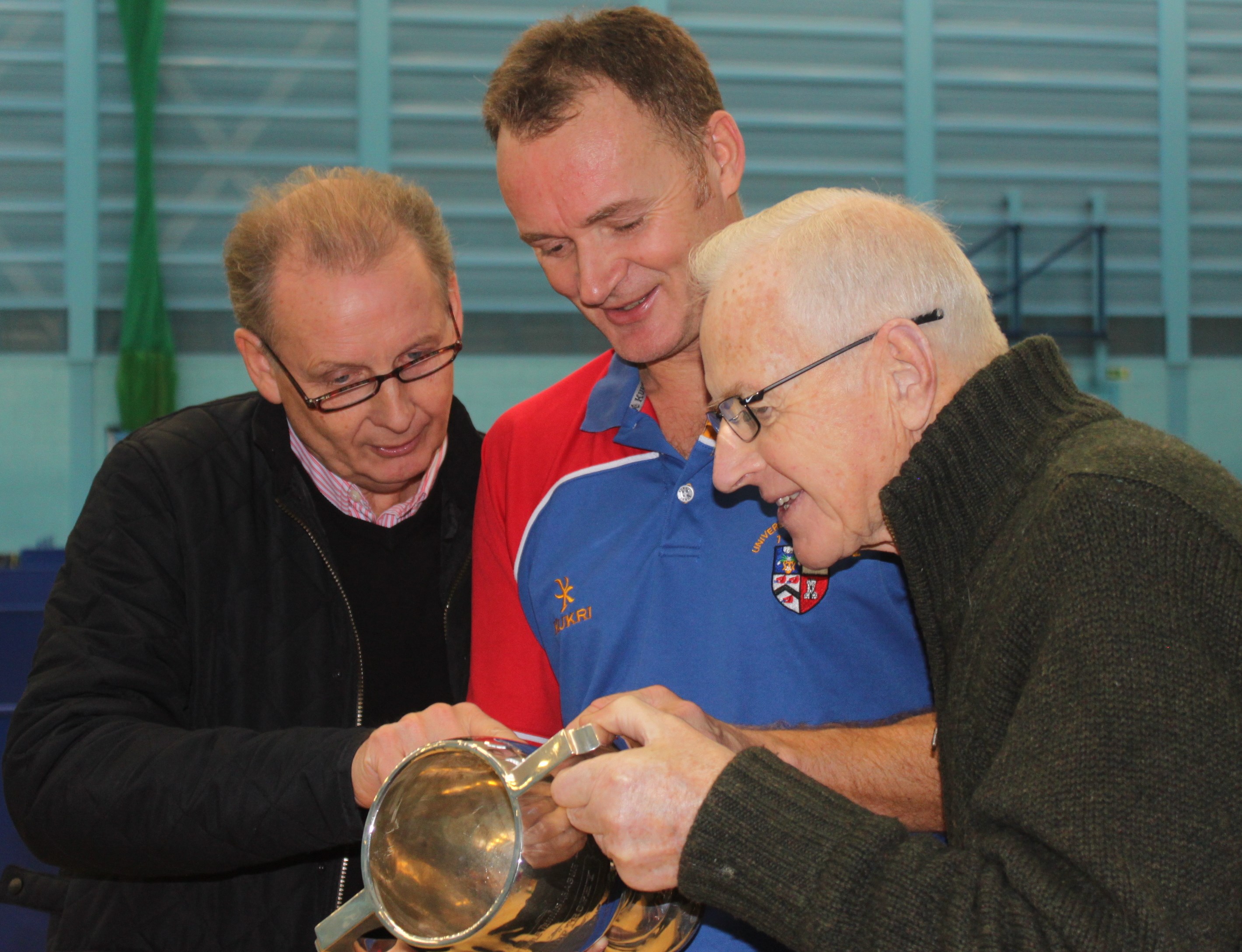 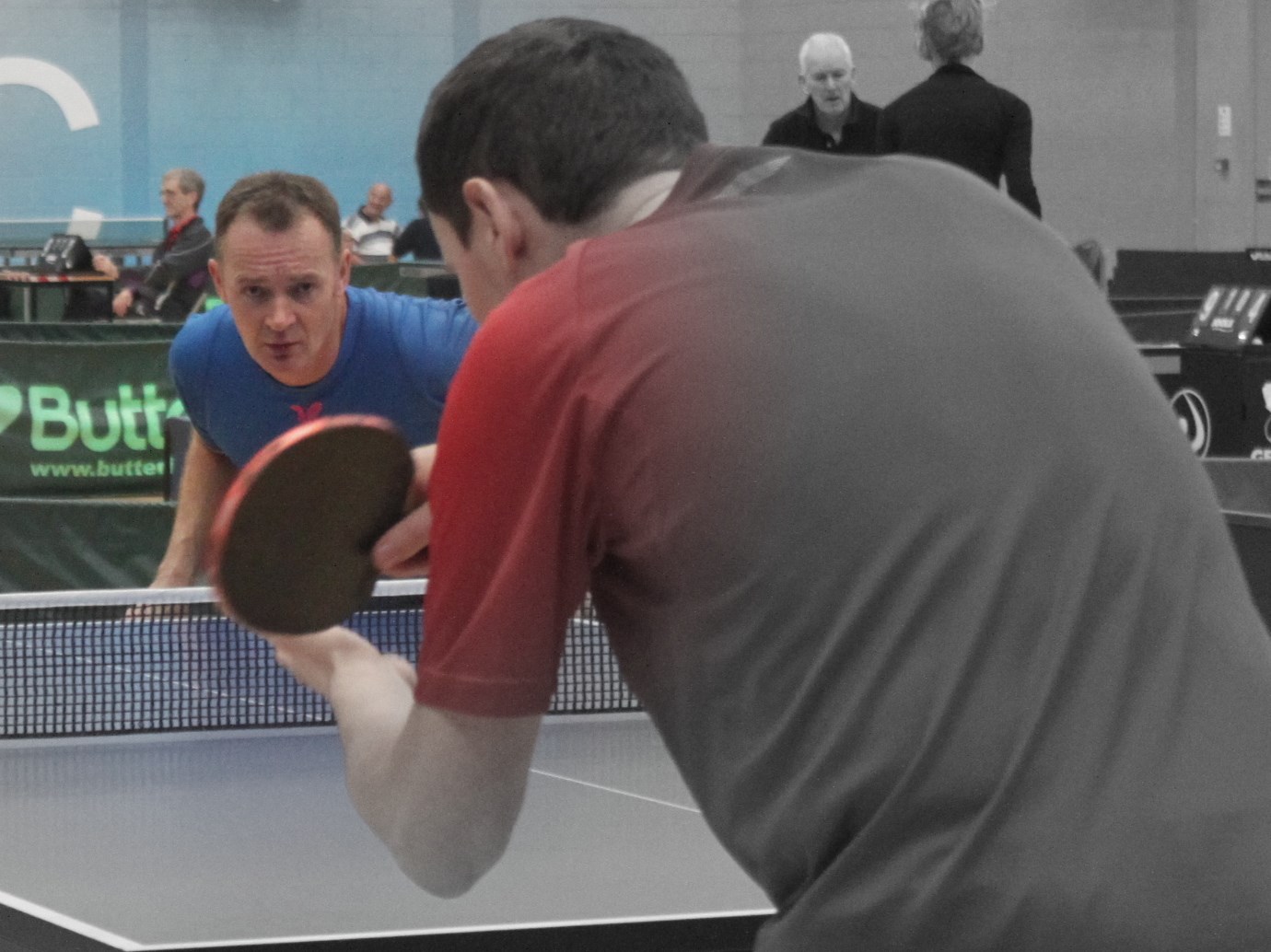 Is it chop or top spin David? 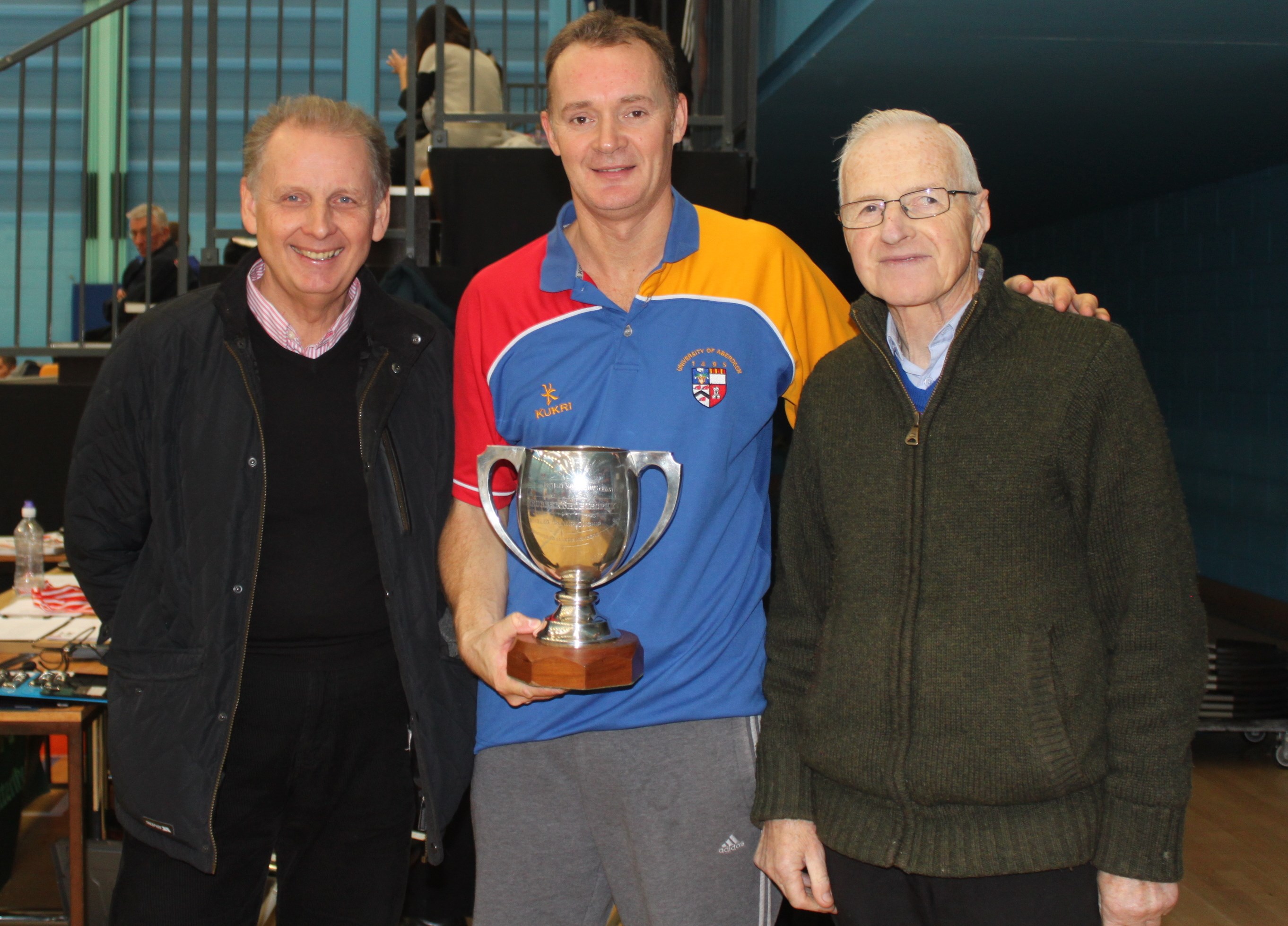