September sees the start of the Scottish National Table Tennis season, with the North of Scotland Open at Aberdeen Sports Village taking place on 15 Sep, and the Edinburgh Junior Assessment taking place on 29 Sep in Bathgate.

A large contingent of ASV TT Academy players competed in both events, with some excellent results. Dylan Curry (Banchory Academy) had an excellent start to the season, competing in the Men's open, U18 boys and Open Doubles. Dylan was top seed in the U18 event, and as the seeding suggested Dylan went comfortably through the groups and knockout phases, dropping only one game in his quarter final 3-1 victory on the way to the final. In the final Dylan maintained his fantastic form with a comfortable 3-0 win over Glasgow player Zaid Khalid, and taking the U18 title. 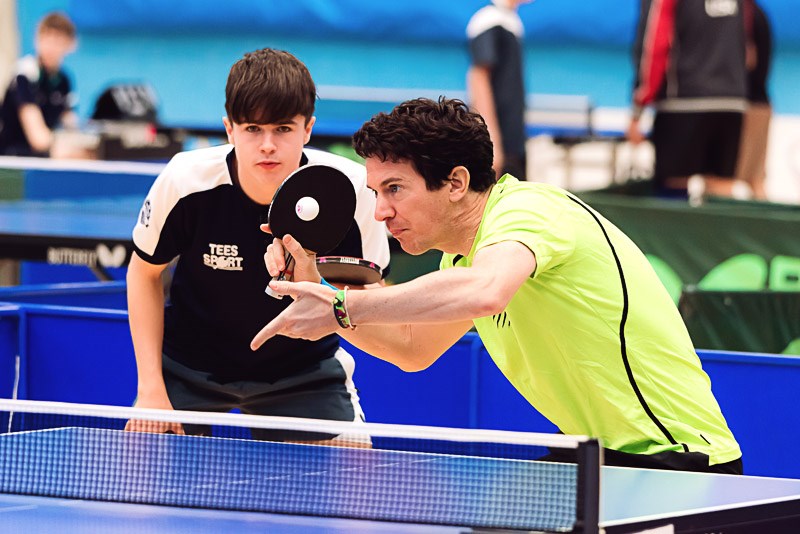 However Dylan's progress in the men's event was even more remarkable. The 16 year old made it through to the final, facing Elgin's Niall Cameron. Niall is a 2-time commonwealth games veteran, and is still a formidable player in the men's game. The writing looked on the wall for Dylan as Niall took an early 1-0 lead. However Dylan produced some remarkable, consistent & attacking table tennis to topple the veteran 3-1 - and sealing the Senior Men's title! A fantastic achievement for Dylan. Seeing Dylan's quality, Niall promptly recruited the Banchory boy for the Open Doubles, which they went on to win. Making it 3 titles for Dylan across the event, including 2 senior events!

Isla Stott (RGU) is in her first season as a woman's senior player. However this didn't stop Isla getting off to a great start in the season and making it through to the semi-finals! Isla came up against No.1 seed Lucy Elliot, and despite a couple of deuce ends, went down 3-0 in the end - but a great start to Isla's senior career. 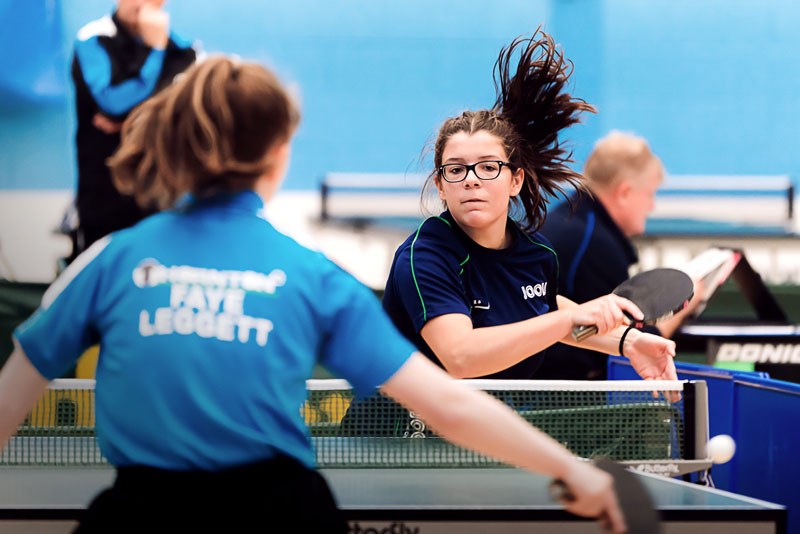 In a very strong U15 boys event, Josef Bokedal (Aberdeen Grammar) went in as No.1 seed, with Louis Loi (Turriff Academy) taking up the No.2 spot. Dropping a match unexpectedly in his group meant Louis went through 'out of seeding position', and came up against Josef in the quarter-final stage. This produced an expected tight match, with Josef coming out on top 3-2 in the end. Josef then cruised through the rest of the event to take the U15 title comfortably.

Daniel Tibbets (Arduthie Primary) came through to the final in the U13 boys. Up against current U13 No.1 Charlie McGowan from Edinburgh. Daniel worked hard in the final but had to settle for the Silver Medal in the end.

The mixed U11 event also saw a good entry, with a number of ASV Academy players taking part. The final was between Academy players Nathan Pan & Robbie Martin (both Kingswells Primary). Nathan, and Academy player since he was 7 years old, showed his 'experience' and took a 3-0 win to take the U11 title.

A great day and first event of the season for the ASV TT Academy players, taking five titles in total!

The Edinburgh Assessment event is for U18 players only, with play taking place all day in groups, and players eventually getting a 'ranking score' at the end of the event. ASV TT Academy players did well, and a couple of them can count themselves very unlucky not to have been ranked higher.

In the U13 girls event, Hania Petryk (Bridge of Don Academy) dropped only one match across the day. However 2 other players also had the same record, and on count back of game scores, Hania was unfortunate to end up in 3rd position.

In an almost identical situation, Harry Blackhall (Kemnay Academy) was in a 3-way tie for 2nd place in the U13 boys. The countback then ranked Harry down in 4th position! Aberdeen had 3 other players in the U13 top 10 rankings, with Jonathan Pan (Robert Gordon's) in 5th, Ben Xiong (St Machar Academy) in 7th place, and Nathan Pan (Kingswells Primary) in 9th place. 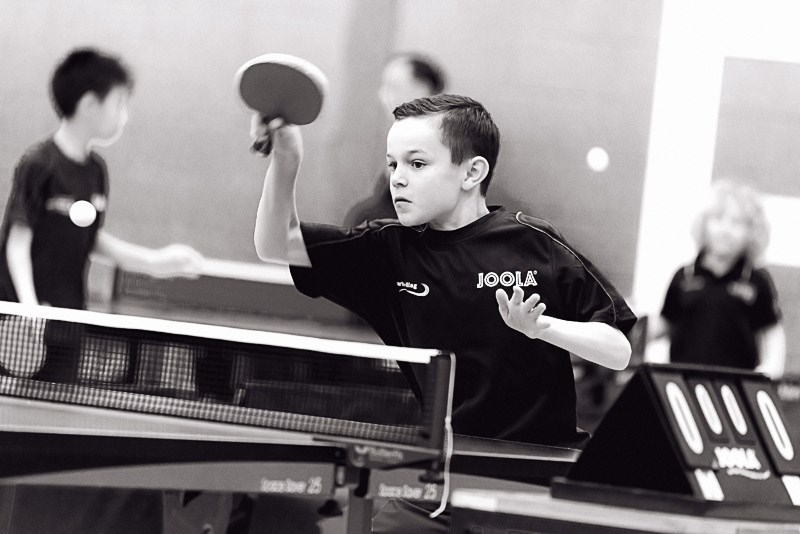 The U18 boys event saw 4 Academy players take part, and all 4 players finished within the top 7 positions! Andrew McRae (Westhill Academy) went in as the No.4 seed, but finished up in 3rd place. Rafal Wilowski (Banchory Academy) also exceeded his ranking and finished the day in 4th place. Performance of the day however went to Josef Bokedal (Aberdeen Grammar). 14-year-old Josef was ranked well outside the top 10 for this U18 event, but finished the day in 6th place, defeating several higher ranked players than himself, and also one place about older brother Elias Bokedal (Aberdeen Grammar) who finished 7th. Another good day for the Aberdeen players, albeit unlucky in the U13 events on countback.

The next event of the season is the Perth Grand Prix on Sunday 14th October, watch this space for an update on the ASV Academy Players performances!