Last weekend saw this year's Scottish Primary Schools Table Tennis Championships, and the ASV TT Academy players swept the board across all the events, something that has never been done before by one club in the history of the event!!

The TT Academy has a strong contingent attending, with 7 boys and 1 girl entered into the event.

In the boys singles event, after the group stages and the last 16 knock-out stage, 5 of the 8 quarter-finalists were Aberdeen players. Top seed and favourite Daniel Tibbets (now Mackie Academy) sailed through to the semi-final. He was followed by No.2 seed Nathan Pan (Kingswells Primary) who also had a comfortable passage to the semi's. James Tait (Inverallochy Primary) had made it through to the last 8 in his very first tournament outside of Aberdeen, and was unfortunate to come up against No.3 seed Ben Hart from Stirling. James found that a step too far but he was to feature again later in the day.

The last quarter-final was between club mates Robbie Martin (Kingswells Primary) and Matthew Pszonka (Seaton Primary). Matthew had already dispatched No.4 seed Ross Marshall from Perth, but Robbie was perhaps a more difficult hurdle to come up against, with the boys knowing each other games very well. After the first two ends finishing 12-10 & 10-12, Robbie then took the upper hand and sealed a 3-1 victory to make it to the semi-finals.

As would have been expected, Daniel overpowered Robbie and Nathan dispatched Ben Hart to set up an all Aberdeen final between the top 2 seeds. Although a good battle, Daniel was too strong and took a 3-0 victory to take the Scottish Primary Schools Boys Title. This meant Nathan took the Silver Medal and Robbie finished in 4th place. 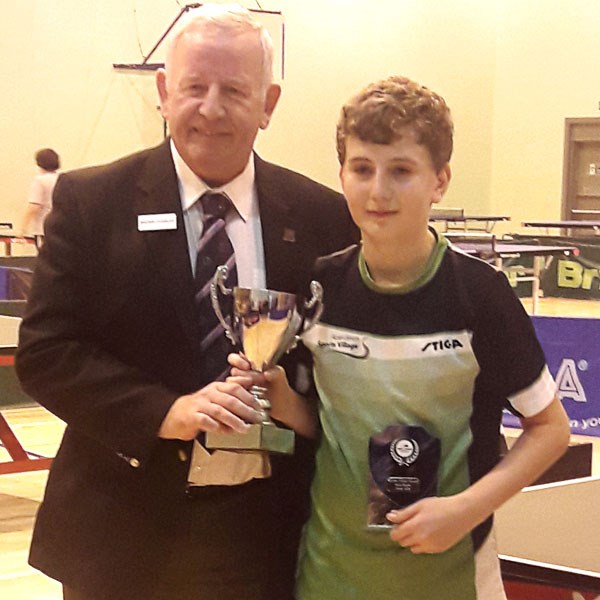 The boys doubles were almost a foregone conclusion, with Daniel & Nathan teaming up in that event. By the semi-final stage in the doubles an incredible 7 of the 8 remaining players were from the ASV TT Academy! Mathew had teamed up with Victor Chen (Scotstoun Primary), Robbie had teamed with Jakub Krzyzostaniak (St. Peter's Primary), and James was paired with Ben Hart. As expected it was Daniel & Nathan who comfortably took both their semi -final, and the final match to also take the title of the Scottish Primary Schools Boys Doubles Title. It was James and Ben who also made it to the final, and James took a Doubles Silver Medal to round off an excellent first away event for him. 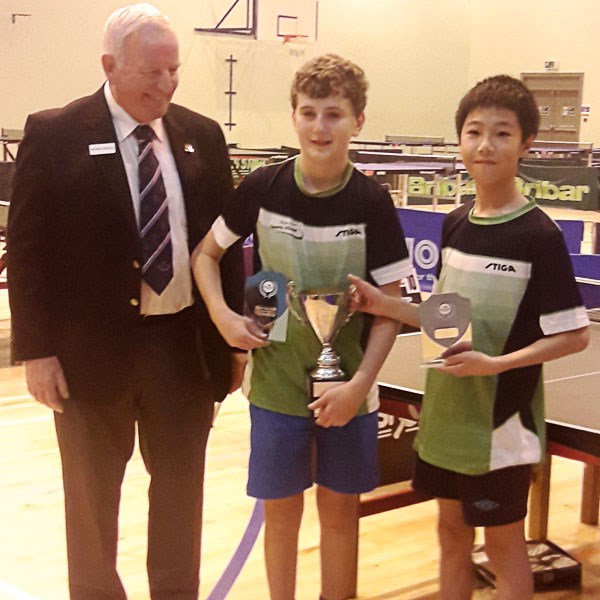 In the Girls events it was only Maja Wojcicka (Turriff Primary) who was representing ASV TT Academy, but what a performance Maja gave!

In the singles Maja only dropped one individual event across the day, taking 3-0, 3-1 and 3-0 wins in the quarter, semi, and final stages. A comfortable win in the final against Megan Mulhern from Glasgow saw Maja crowned the Scottish Primary Schools Girls Champion. 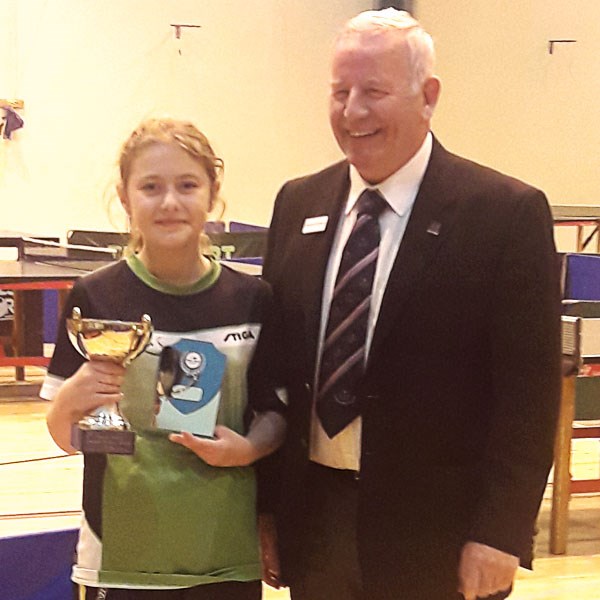 In the doubles event Maja had teamed up with Megan, and again only dropped one individual game to also seal the Primary Schools Girls Doubles Title, and matched her team-mate Daniel by taking the double on the day. 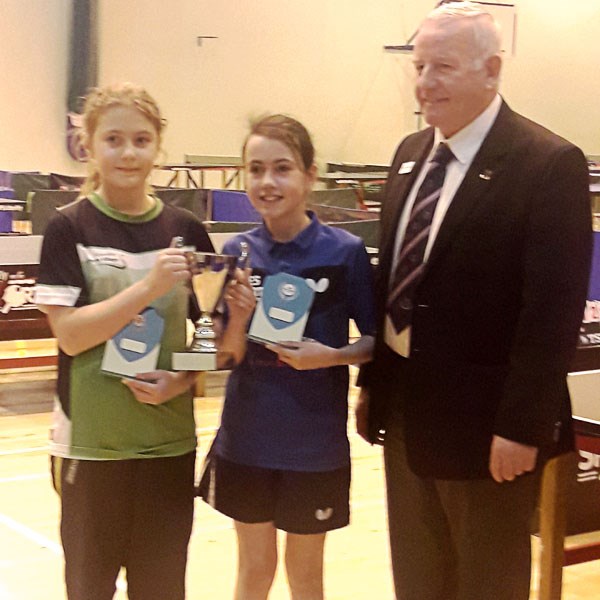 An absolutely incredible day for the Table Tennis Academy players, taking all 4 titles that were available for a clean sweep that has never been seen before. This also means that Maja, Daniel, Nathan & Robbie will all be selected to represent Scotland at the UK Primary Schools Home Nations Championships taking place on the Isle of Man in April next year, that is 50% of the entire Scotland National team made up of ASV TT Academy players. What a performance!