The Scottish National Table Tennis Championships took place over the weekend of 2/3 March in Perth. The Saturday saw all the senior events, with all the age group events taking place on the Sunday. As it is the National Championships entry to the event is confined, and several of the ASV TT Academy players are ineligible to enter. However Academy players were representative in 6 of the 8 events taking place, and those players did not disappoint.

Player of the Sunday was undoubtedly Borui Chen (formerly Kingswells Primary), who has been living in Saudi Arabia with his parents for the last 24 months, but has kept playing and training to the high standards he achieved when with the ASV Academy for over 2 years. Now 12 years old, Borui entered the boys U13 & U15 events.

Borui cruised through the group and KO stages of the U13 event, and made it to the final, only dropping one set on the way. Harry Blackhall (Kemnay Academy) hoped to make it an all ASV Academy final, but went down 1-3 to Kieran Walker (South Ayrshire) in the semi-final stage. Kieran fared no better against Borui in the final, and Borui ran out a comfortable 3-0 winner to take the Scottish Boys U13 title. 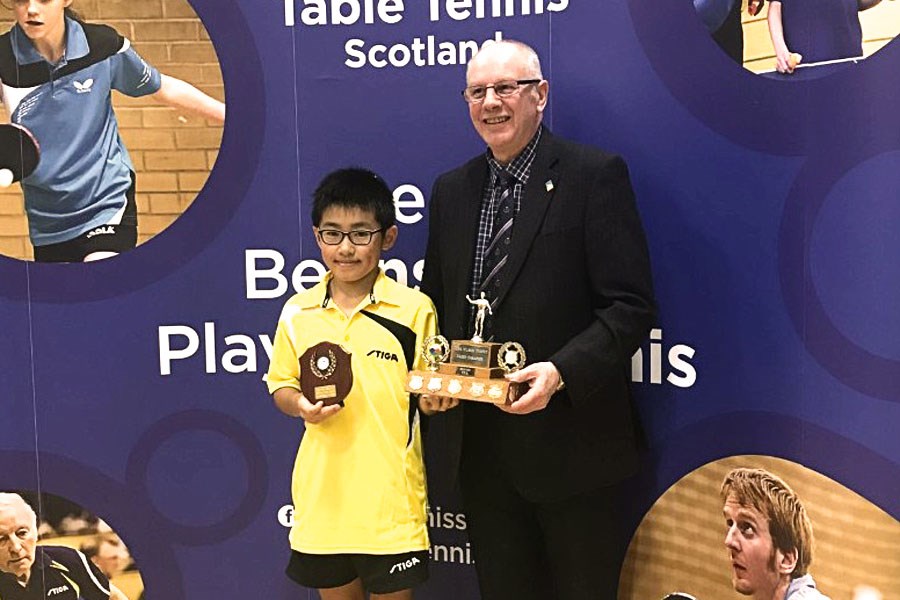 Not finished there, Borui then came through the U15 event to the semi-final also in comfortable fashion. There he faced No.1 seed Jamie Johnston from North Ayrshire. This was an excellent match with both players playing fast, attacking table tennis. Borui once again proved too strong and made it through to the final in a stylish 3-0 win.

Louis Loi (Turriff Academy) was in the other semi-final against the No.2 seed Rayyan Khalid from Glasgow. This was a close tactical match. Louis took the first set comfortably, then found himself 1-2 down by the 4th set. Louis then rallied, levelling the match at 2-2 with some very positive play. The final set was tight, but at the middle stage of the set, with the points score at 5-4 to Louis, he picked up the pace again and raced to an 11-5 final set win, and set up an all Aberdeen final with Borui.

In the end Louis had to settle for the Silver Medal with Borui lifting his second title of the day and winning the U15 Scottish Boys title.

Dylan Curry (Banchory Academy), fresh from his incredible Senior Men's semi-final appearance and Senior Mixed Doubles Silver Medal the day before, was No.1 seed and favourite to take the U18 boys title. Dylan didn't disappoint, ousting 2 of his main rivals in the last 8 & last 4, setting up a final against Martin Johnston from North Ayrshire. The match went back and forth and was poised at 2 sets each. Dylan then relaxed and played some of his best table tennis of the day, comfortably taking the deciding set 11-4 and lifting the U18 Scottish Boys title. Dylan also took a Silver Medal in the U18 Boys Doubles with partner Harvey McDonald (South Ayrshire). 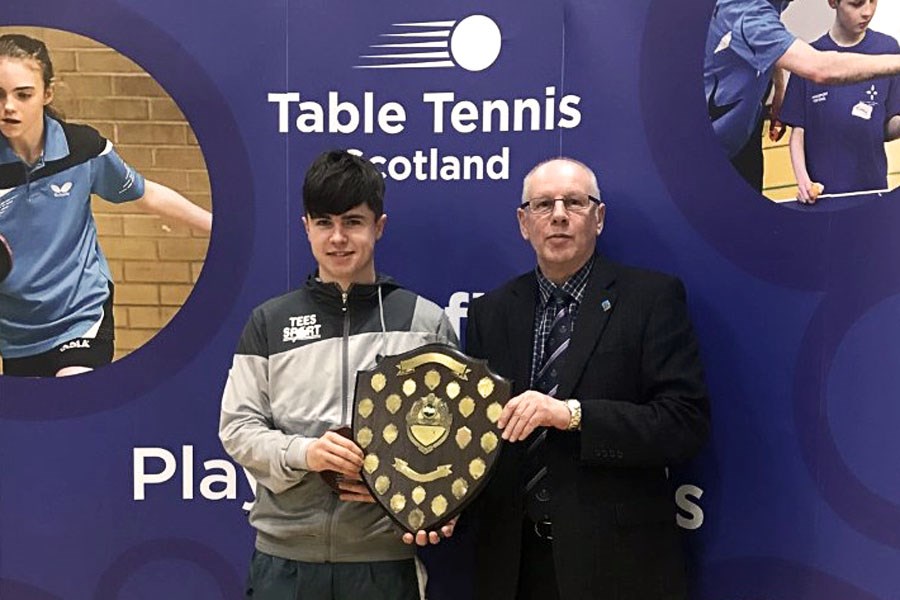 Tessa Yau (Albyn School) was Aberdeen's only representative in the U18 girls event, and went in at No.3 seed. Through to the semi-final, Tessa came up against Paula Callaghan (Glasgow) who had defeated Tessa at a couple of events earlier in the season. This time Tessa played to her strengths, with controlled attacking table tennis with heavy spin. This proved too much for Paula and Tessa eased to a comfortable 3-1 win and through to the final.

In the final Tessa was up against No.1 seed Faye Legget from Edinburgh. Tessa employed the same tactics in the final, and the match was level at 1-1. In what proved to be a very close next 2 sets Tessa found herself on the wrong side of deuce points and unluckily net cords, and had to settle for the Silver Medal. However Tessa & Faye teamed up in the U18 girls doubles, and ran out winners taking the Scottish U18 Girls Doubles title. 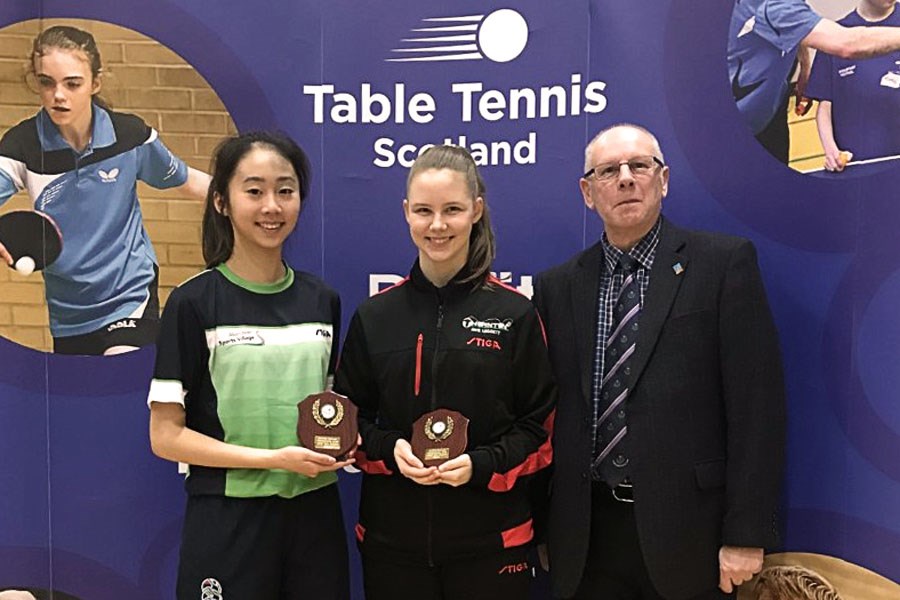 This was another excellent event for the ASV TT Academy players, taking 4 Scottish Titles and 3 Silver Medals across the weekend. The next and final event of the season is the Scottish Inter-League Team Championships. Aberdeen's junior age group teams will be made up entirely of ASV Academy players, and we will be looking to lift another few National titles at that event, particularly the U13 boys title which would be the 7th in a row for Aberdeen and the Academy players.