The UK Senior Schools Home International took place in Guernsey over the weekend of 28 June-1 July, where the 4-player U14, U16 & U18 male and female teams had excellent representation from the ASV Academy. On top of this ASV Performance Coach Natalie Gallan was also named as part of the Scotland Team.

The Scotland U18 teams included Dylan Curry (Banchory Academy) & Elias Bokedal (Aberdeen Grammar), along with Tessa Yau (Albyn School) in the Girls team. Isla Stott (RGU) had also been selected but was unable to attend. YeYe Mo (St Machar Academy) was part of the U14 Scotland Boys team, with Daniel Tibbetts (Arduthie Primary) also selected but unable to attend. 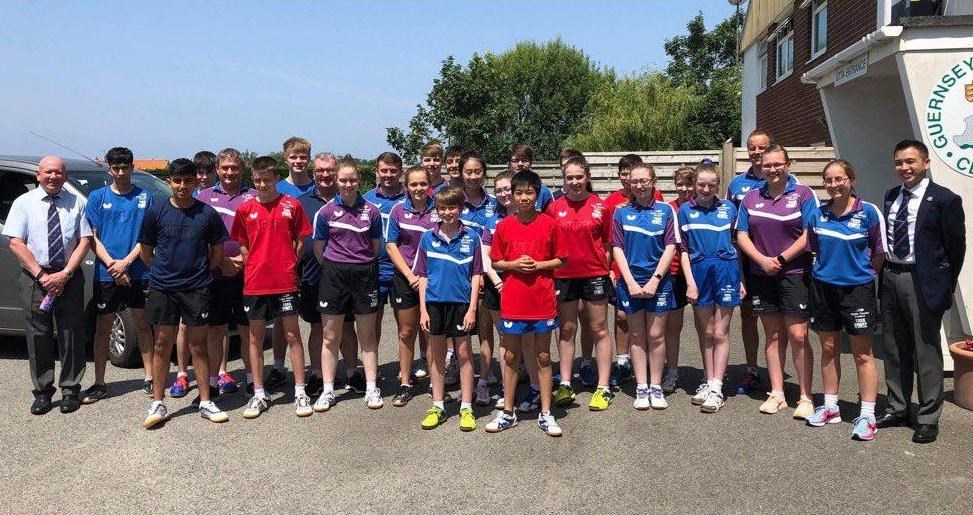 The Home International event has teams from England, Ireland & Wales, as well as from the Isle of Man, Jersey & Guernsey making up the 7-nation event. As is usually the case England are the team to beat and this event proved no exception. The U18 Boys 'A' team of Dylan Curry & Danny Bajwa (Dumfries) overcame England 'B' in the semi-final. Both Dylan & Danny took one match each, then teamed up for a doubles win to score the 3 points needed to reach the final.

In the final Dylan & Danny were up against England 'A', which was always going to be greater test, and it proved to be a very tight affair. Dylan took his first singles match, but Danny lost out, then the boys teamed to take the doubles and lead the final 2-1. With only one point now needed to secure the gold medal Scotland had become favourites, it wasn't to be however and after 2 very close matches the boys lost out 2-3 in the end and had to settle for the U18 Boys Team Silver. 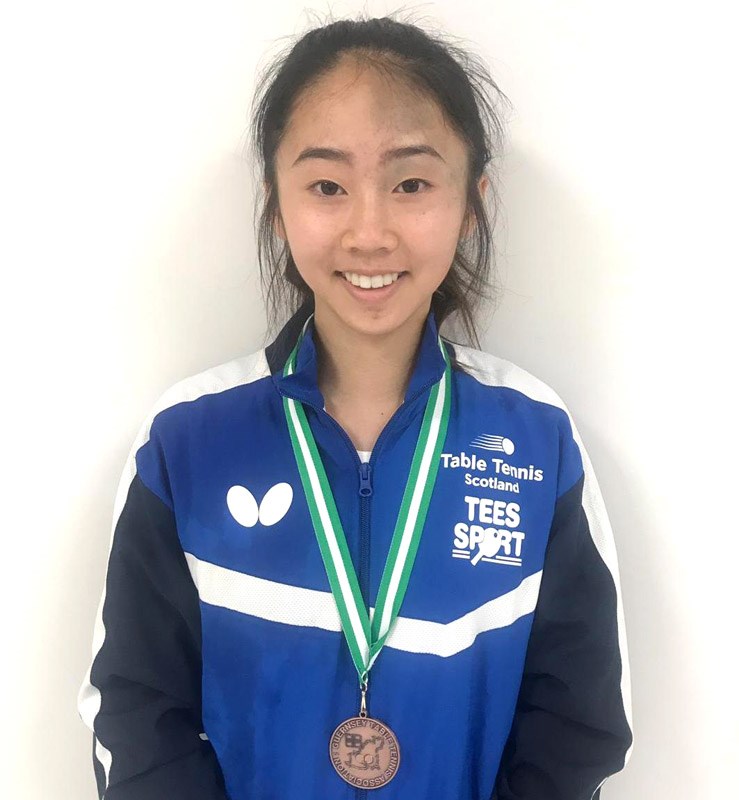 Tessa with her Individual U18 Bronze Medal Guernsey 2019

The individual events saw more success for our U18 players. Both Dylan and Tessa were unlucky to lose out at the semi-final stage of the singles, but both ended the day with Bronze Medals respectively bringing a total of 3 senior schools international medals back to the ASV Academy. YeYe Mo also did very well in his first selection and international match for Scotland, reaching the last 16 of the U14 boys singles.

After a great season and taking two medals at this event, Dylan Curry was then selected to represent the Scotland Senior team at the Commonwealth Championships, currently taking place in India.

This is a fantastic achievement for Dylan who will benefit hugely from the experience at such a high profile international senior event on the Table Tennis calendar.

The domestic season gets underway again in September, and the ASV Academy players will hopefully be at the forefront once again. Watch this space for updates.