A Different Kind of Loan Market 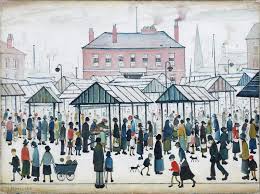 ‘Who is Nayem Alam?’ Farnworth Social Circle’s John Rothwell asked me on 12th December. At this crucial time of the season promotion candidates keep an eye on their rivals and likewise so do those fearing relegation.

Alam – loaned from Bolton Table Tennis Club – had been my 9th choice for this match in all reality. Conscious of the ‘step-up’ rules of at least five teams separating the borrowing and lending club, I phoned and texted around to everyone but Hans Christian Andersen - squad members, Division Three stalwarts and precocious Division Four players.

Jim Bolton, Roger Bertrand, Christopher Boys, Ian Raby, Stefan Jankowski, Agata Sankiewicz – their names streamed through my mobile like electronic salmons. I even attempted to raid Rothwell’s own stable courtesy of Farnworth Social Circle’s ‘C’ team (oh, the irony!), but Bernd Dumpelnik had commitments elsewhere and Martyn Garnett required a lift from Eccles which was the logistical equivalent of towing a hippo in peak traffic.

And so the 9th choice was in place. Worried over the wrong man stepping into my car at the familiar landmark or pick-up point in readiness for the evening’s match, I phoned Bolton TTC’s captain, David Mottershead. ‘He has a beard and glasses,’ Mottershead briefed me. ‘Oh, and he wears a duffle coat.’

Ten minutes after the agreed time of 6.50pm, a man fitting this description turned up. Aside from waving a paddle around, my hunch was that the 58% man from Division Three had arrived. I unlocked the doors, tested him with a couple of staple table tennis questions and we drove to the Hilton Centre.

My most optimistic forecast was that he would nick a point for us – after all, we were up against Division Two specialists Gary Hilton, John Barker and Tony Eardley. Alam’s first match pitted him opposite ‘Chopper’ Eardley who looks beatable but has steel and menace in abundance. Alam’s relatively straightforward victory (11-8, 8-11, 13-11, 11-5) prompted a ‘dancing’ incredulity therefore amongst the Harper Brass team.

The ‘kid’, 18-year-old Nayem Alam, had polish, conviction, fine technique, a flourishing forehand, great touches around the net when required, but most of all a cool head. Thank god the other eight players were unavailable. I was sure none of them would have repeated this.

The best was yet to come though. Hilton’s no.1 player in terms of results, Gary Hilton (75%) – slayer of Martin Ormsby, Duncan Kay and James Bollard this season – would surely not make the same ‘naïve’ mistakes as fellow players Barker and Eardley. Surely some sense and perspective would return to the table once again. No way is this lad getting a treble tonight! Equilibrium must be restored in this out-of-kilter pocket of Horwich.

First set to Alam 11-6 (or ‘game’ to the traditionalists). Hilton then evens things out with an 11-6 of his own. 14-12 Alam – he’s motoring and adding to the consternation on Hilton’s face. 11-6 to Hilton again to his credit (always a fighter finding a new way through). The final set is like being at the opera – art and drama overlapping given the quality of the table tennis on show. Hilton looks home and dry at 9-5, but Alam…same game, same belief, an attacking roadshow of sorts intermingled with a canniness rarely seen in Division Three players, somehow pulls it off. Six consecutive points leave Hilton weeping inside.

How? How has the 18-year-old trainee engineer done it? There is evidently a vast maturity to the Bolton TTC player. This is only his second season in the Bolton League. His first was in Division Four (2014/15) where he gained a healthy 85% win percentage. He played two matches just days before this encounter which arguably toughened his armour; one against the long-armed Matthew Brown, losing the final set 18-20 and the other against Jeremy Grimwood (gaining an impressive 3-1 win).

It is not often I whoop about a lower-division player in a truly honest fashion – particularly one off the radar at 58% - but Alam has something natural and exquisite about his game. His serves are short and spinny. His push shots have his bat angled at the right degree consistently. His reaction time and counters are fluid. His arms work like a Meccano set. His positioning of the ball in the corners is competent. There is no deadly loop just yet. Neither is there an obvious ‘B’ game. Yet he is getting there.

His treble was insufficient to turn this match in Harper’s favour, but that was down to the failings of Weston (still adjusting) and Jones (lack of sleep). What is intriguing is the whole hiring of players in the Bolton Table Tennis League and how you occasionally unearth a beaut.

This is a different kind of loan market to football; one where you’re not supposed to hire better players for fear of unsettling the division. One player in a team of three can be high impact if you get it right, however, whereas in football do two in eleven, for example, really shift the divisional axis?

Alam will be in demand now. We should not place too much expectation on his young shoulders though. Captain David Mottershead, when Alam ‘arrives back’ at his Division Three camp, will hope he has enough energy left to do the business against Hilton ‘G’ on Thursday, 17th December; the ‘small’ matter of Ian Raby, Jeff Saunders and Malcolm Wilcock.

Mottershead will also hope to ward off any predators or poachers inside the gates of what is a neatly-assembled team; their league position belying their ability.

[NB: Apologies if it appears that a high percentage of reports are currently of Harper Brass matches. This is not intentional – just the by-product of a lack of time in which to watch matches. I do try to emphasise the skills of non-Harper players – usually the opposition etc – when doing these write-ups…JW]