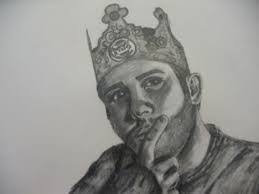 This week’s column writes itself courtesy of the cerebral scribe and Premier table tennis player, Paul Cicchelli. For technical insight, story-telling and a great willingness to engage with the journalistic fraternity there are few better people.

What with boxing’s resurgence of late (Quigg/Frampton, Eubank Jr/Blackwell, Joshua/Martin, Alvarez/Khan, Haye/TBC), I posed a question to Paul: Which ‘perfect’ Bolton League matches would draw in the crowds in the manner of the big fights and get table tennis back on the map courtesy of a large venue?

Here is his reply (with justified bias):

The fast attacking shots of Mick Moir matched by the young guile and fitness of Louis Rosenthal; Mick happy to trade backhands, Louis running around to play everything with his forehand. Think of Nadal vs Wawrinka and you wouldn’t be far from the reality.

A true case of David versus Goliath, but on this occasion Goliath wins. Dore, a man that defies gravity and athleticism with a never-say-die attitude and an ill-fitting shirt retrieving balls that a 6’ 4” heavy-set driving instructor has no right to get. Steve, the retired professional, back 25 years after being number eight in the country to face Mick at the wrong place, at the wrong time.

2003 saw the move of Cicchelli from Brighton, via Cambridge, to the rough streets of Farnworth. Howarth, a mathematical genius, now a senior actuary, was one of the best juniors in the UK and maintained his standard well into his thirties. Nobody has ever played like Darren. His shots were perfectly economical, forehands whipped, then flatly pancaked away. Every ball was placed with the planning of Kasparov and the deft touch of Mary Berry with cake piping. Darren seemed like he had a solution to every problem and could even smash a heavily chopped ball from underneath net height by simply changing his bat angle and having the conviction that maths will solve any problem. Cicchelli had just moved up north, unaware that players of Darren’s standard even played local league. When the draw placed the two players together in the final, Cicchelli felt the extra adrenaline of the show-master and chopped, lobbed and attacked with more consistency than ever before. Cicchelli won in the deciding game, but to this day he still doesn’t know how…