After the most exciting championship race for many years, the knockout cup finals produced further drama in the Braintree Table Tennis League.

New champions Netts A were comprehensively beaten in the team knockout final by their own B team.

The A team had the excuse that they were without Kevin Gowlett, but that was balanced by the absence of Maria Boulton from the B team.

And who would have expected a defeat for Paul Davison at the hands of James Hicks?

Netts A won the first doubles, but then lost the next five sets to give the B team a 5-1 victory.

James Mullane got them going with an unexpected victory over Patrick Gilbert, a player who had won 15 of his previous 17 sets in the league.

Mullane and Hill then came back from two games to one down to win the middle doubles at 11-9 in the final game before Hill wrapped up the trophy by beating Gilbert.

More predictable was Nomads’ success in the restricted cup.  Once they turned out their top team of Ken Lewis, Richard Kemp and Kevin Saunders, the odds against Rayne F producing an upset were high.

Nomads clinched the title with one that Rayne might have expected to win when Saunders beat Paul Mitchell in straight games.

Black Notley I became the fourth team from the club in the last five years to win the handicap cup when they beat Felsted RBL B 5-3.

This was a much tighter affair as the lead swung backwards and forwards and sets were won both with and against the handicap.

Nick Butler put Felsted in the lead when he took advantage of his handicap of eight (up to 21) to beat Declan Baines.

Steve Baines, giving away six, then beat Matthew Laws and Hau van Nguyen, receiving 12, put Notley in the lead with a victory over Andy Laws.

Felsted then bounced back as Matthew Laws (+8) beat Declan Baines and Butler (-6) just got the better of van Nguyen at 22-20 in the final game.

Steve Baines and van Nguyen then restored Notley’s lead with wins over Andy Laws and Matthew Laws respectively and Declan Baines ensured the cup ended up on Notley’s shelf with a win over Andy Laws.

A tournament with a difference was held by the Rayne club in memory of former club member Phil Wade, who died in January 2013.

The competition, in aid of the British Heart Foundation, required all players to play with sandpaper bats, as used in the World Championships of Ping Pong.

The hosts’ Steve Pennell ran out a convincing winner, being unbeaten in his five sets.

Three clubs, Felsted RBL, Liberal and Rayne, each held a qualifying competition with the top two players from each competing in a mini-league of six players.

The early signs were of a big upset when 17-year-old Ashley Butler beat first his father, Ian, and then one of the top first division players, Scott Dowsett. However he could not maintain this form and was defeated by Mike Johnston and Ian Whiteside, as well as Pennell.

A total of £170 was raised for the British Heart Foundation. 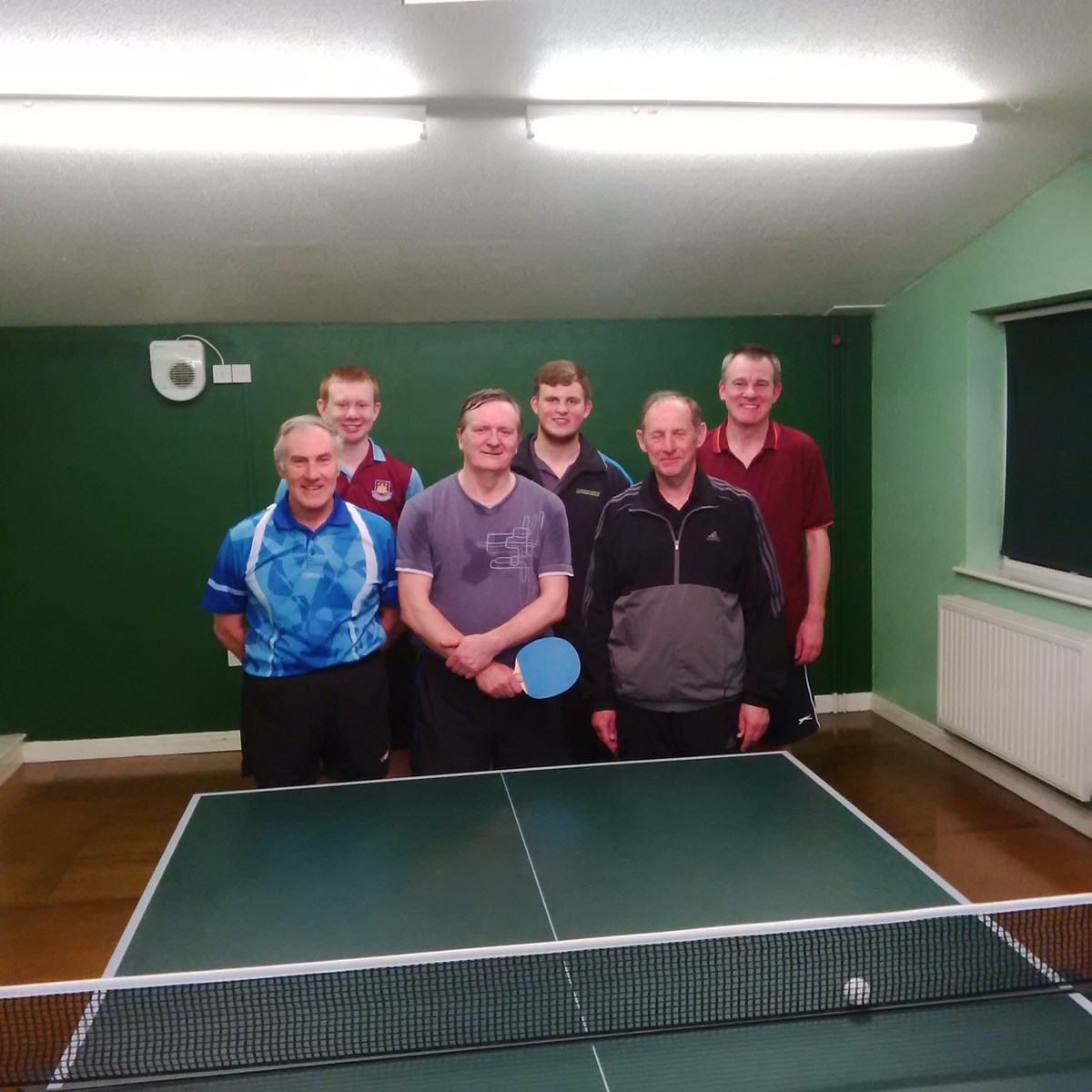