The Cadet and Under 12 National Cup took place on the 20th and 21st February at the Bristol Academy of Sport. Bristol Table Tennis League rising star, Louis Price was representing Bristol in the Under 12 Boy's National Cup. The competition matched the 7 best Under 12 boy's in the country against each other in a round robin format. Louis was the number 3 seed in the competition. He justified his high seeding despatching 5 out of 6 of his opponents by a 3-0 scoreline. Unfortunately, Louis was unable to beat the top seed, Thomas Rayner, losing 3-1. Thomas also lost 1 match during the competition but was crowned Under 12 National Cup champion by virtue of the head to head rule. Well done to Louis for winning the silver medal. 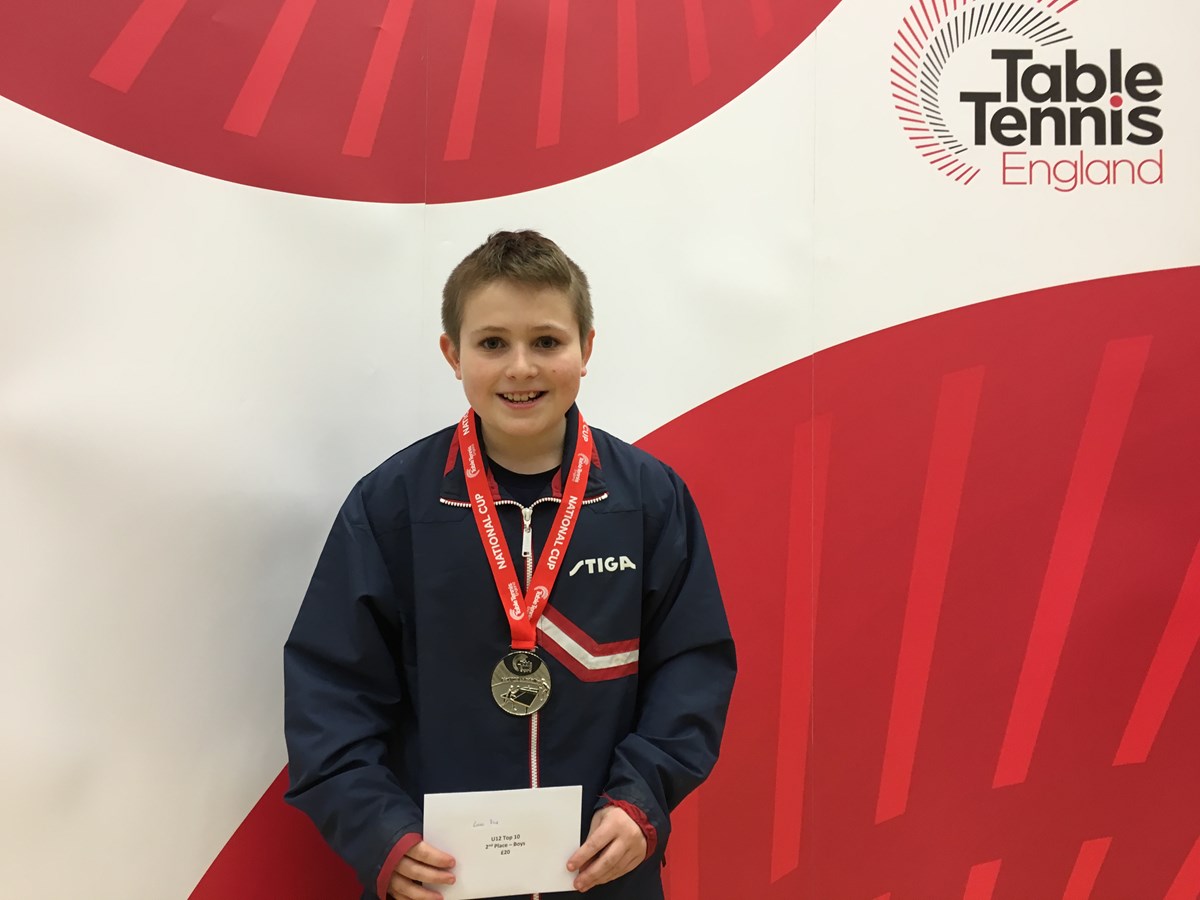 Louis with his Silver medal 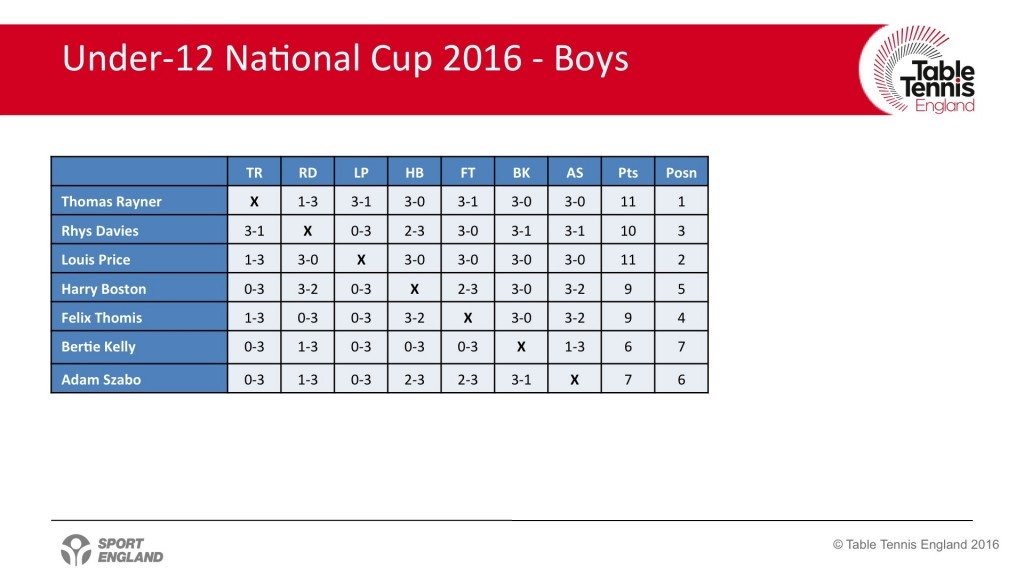