Last weekend saw the annual Veteran's Six Nations Table Tennis tournament, this year to be hosted by England at Ellesmere Sports Village near Liverpool. The event consists of team and individual competitions in age groups between England, Ireland, Scotland, Wales, Guernsey and Isle of Man. The first two days is a team event and in the Over 40's women's, Emma Rose was part of the victorious England A team. After four wins each, they defeated England B in a very close 3-2 deciding match, with Michele Reeves losing both her singles rubbers 11-9 in the fifth game. In the over 40's men, the Wales team including Dave Buck and Lee Thomas, performed well against strong opposition to get the Bronze medal.

The next day is a singles competition and Michele was the stand out performer. Having lost to Sue Collier and Sanja Clements in the team event, and Rose Rainton in the group, she went on to defeat all three of them in emphatic fashion on her way to winning the Six Nations Ladies Singles Title. Michele said 'after losing the team event in such a tight game yesterday, this is one of my best achievements. There is five or six of us at the top of the rankings who can all beat each other so it's nice to get the season off to a winning start.'

The player of the day in the men's event was Dave Buck. He defeated Chris Clinton from Scotland in his group and followed that up with several good wins on his way to the final where he took on the Irish No.1 Daryl Strong. The first game proved decisive as Dave won it 12-10 and went on to win 3-0 in a top quality encounter. 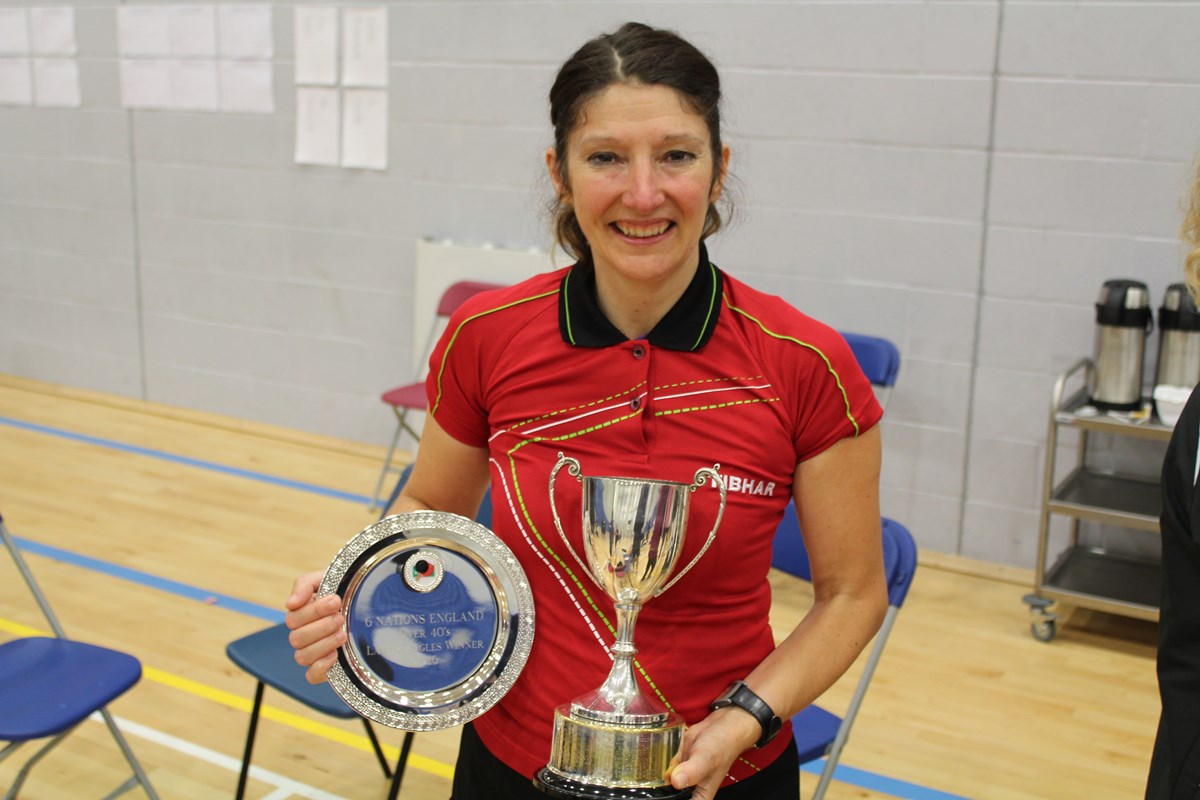