Players from Failand table tennis club who play in the Bristol league saw unprecedented success in this years National Veteran’s table tennis championships. Michele Reeves won the Over 50s title beating the number 1 seed Sue Collier in the final and adding this title to the O40s she won in 2015.

Emma Rose won the O40s National title for the third time in four years, again beating the number 1 seed Sara Williams in the final. She also added the women’s doubles title to her collection.

Brian Reeves and Maurice Cohen both reached the semi finals of the National championships in their respective age groups. 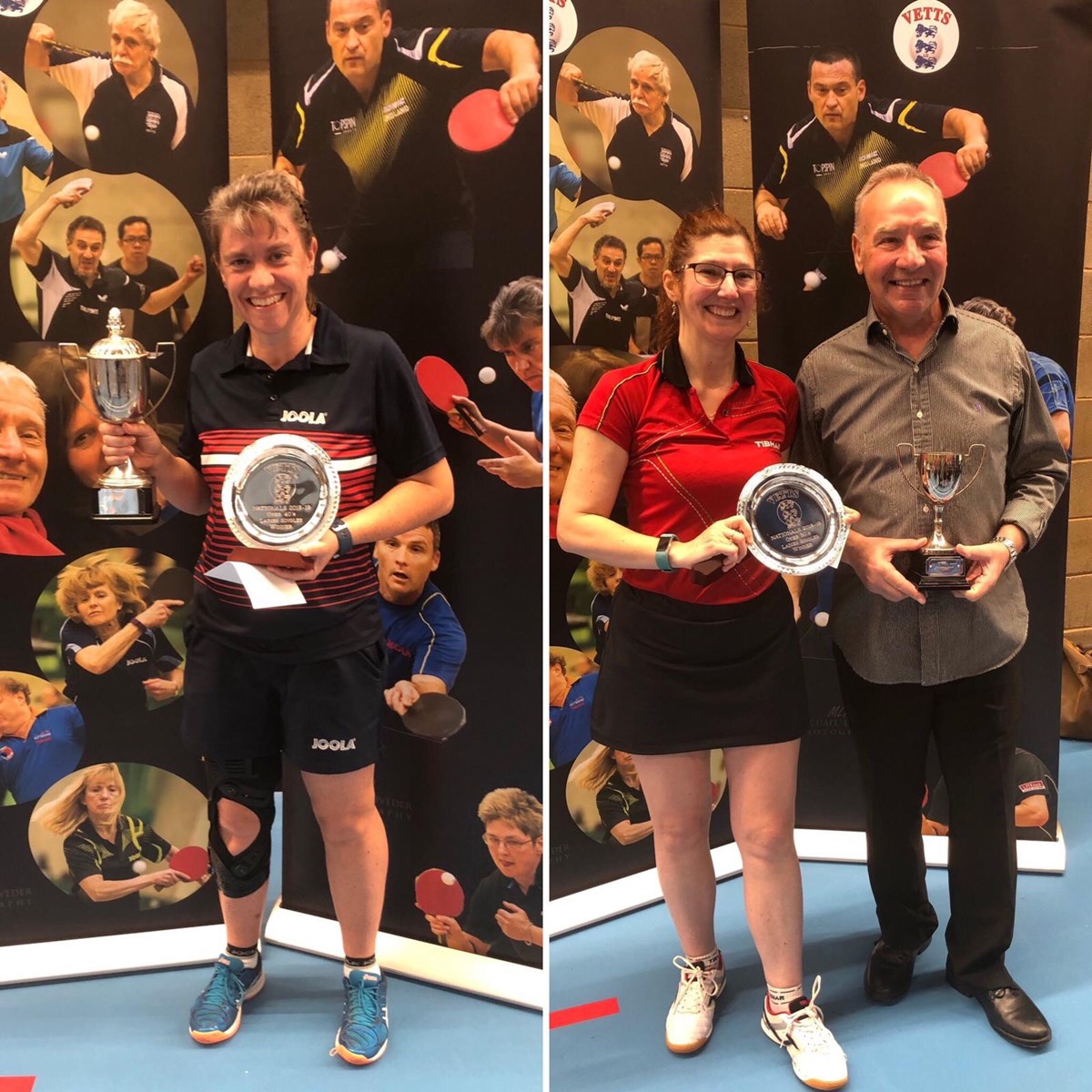 Dave Reeves, who has risen to a career high England ranking of 11 also received news of his selection for England in this autumn’s Six Nations championships which take place in Perth, Scotland. He will join Emma Rose and Michele Reeves in the England squads. This is truly a remarkable achievement for all the players associated with Failand table tennis club.