Following on from Craig’s success at the Under 23s Romanian Para Open he was in action again on 8/9 April at the British Para Table Tennis (BPTT) Championships in Grantham.

In Class 9 Craig won his group 3-0, 3-0, 3-0 before dropping just one set in the semi-final.  In the he met Class 9 Paralympian Ashley Facey-Thompson.  Craig won the first set but lost the 2nd and narrowly lost the third set 12-10. However, he fought hard and won the fourth set before Ashley took the final set and the match.  Craig said ‘I am pleased with a Silver medal at the National Championships but this weekend has made me determined to work even harder in the future to achieve my goal of a Paralympic medal”.

Craig also won bronze in the Standing Doubles with fellow player Adam Thompson.  This was the first time they had teamed up together in the doubles and was a great result for such a new partnership. 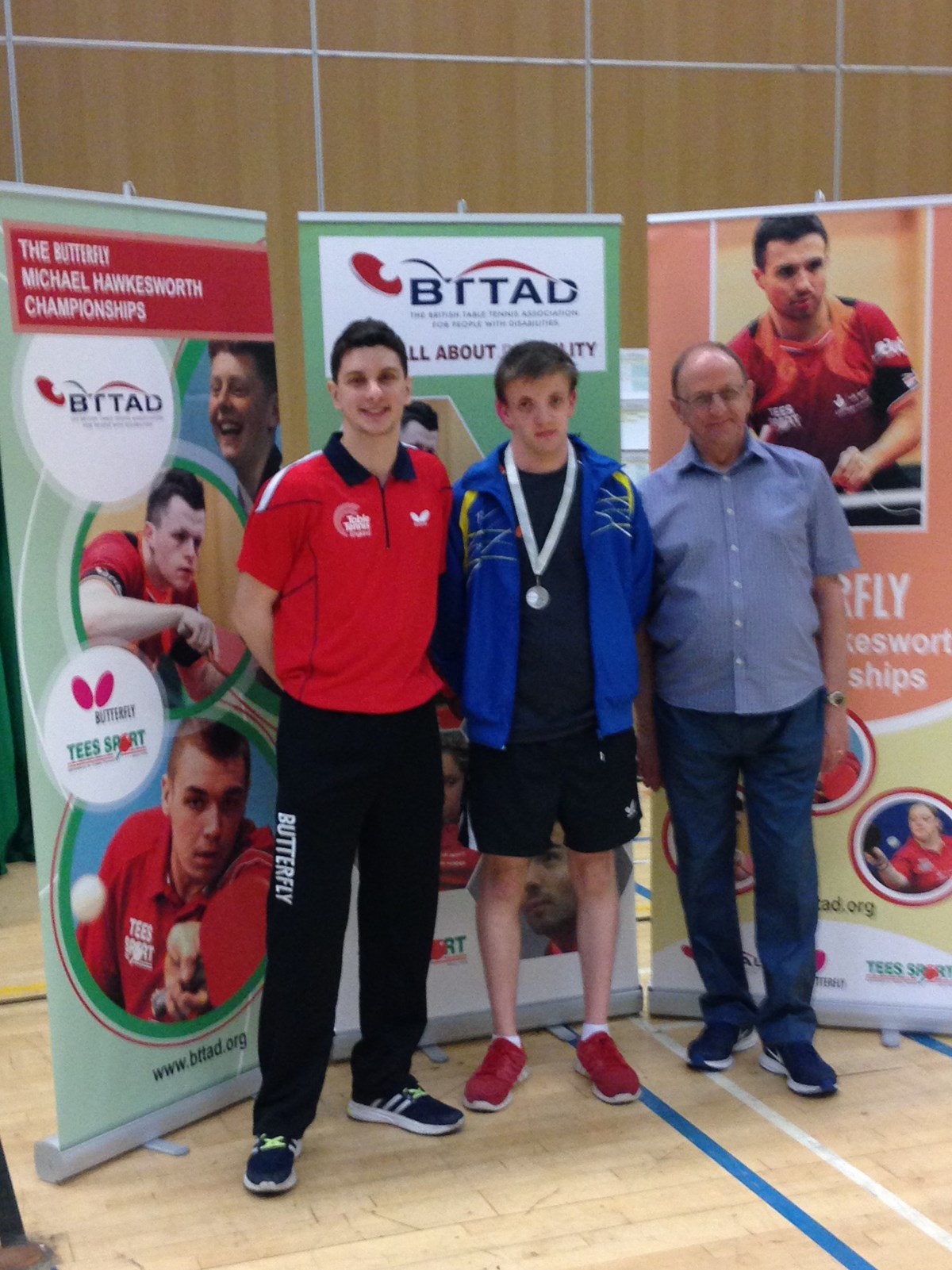