Here at the Burnham & District Table Tennis League we are saddened to announce the passing of one our most established players.  Ev Lucas passed away on Wednesday this week.  We send our deepest condolences to all of Ev's family and friends and of course to those of us who knew Ev as a team-mate or an opposition player to fear. 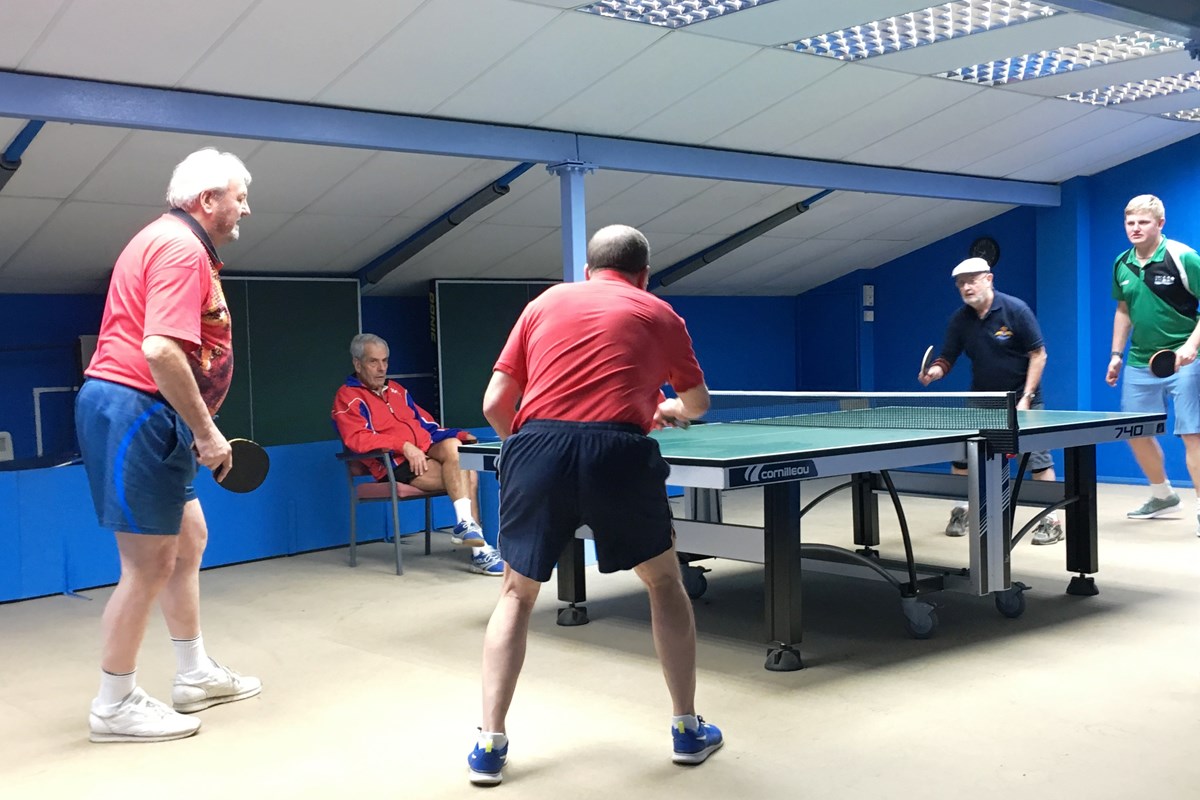 Ev Lucas in a doubles encounter at Maldon TTC

Ev most recently was playing out of the Maldon Table Tennis Club where he had been for the last 5 to 6 years, but he had been playing in most of our regional leagues for the last 50 years.  In the Chelmsford League Ev played for his home team of Writtle TTC as well as Elmtree Graphics.  We believe his Writtle Team were Division 1 Champions around the millennium in a team that included Ev, John Holland, Paul Lucas, and Reagan Nettleingham.  John and Ev were rarely apart when there was a table tennis match to be played in central Essex!   It was around this time that Ev also represented Essex in the Over 60s category.  In the Southend League Ev represented Canvey TTC and earlier on in Burnham he played at South Woodham - both of these with John.  In Brentwood league he played for Premier Division Stock TTC, and then was part of the title winning Buttsbury team in the late 80s/early 90s.  We also think Ev played in the Basildon League - he was a busy player for sure!

Although he mostly lived in Writtle, Ev was a pillar of the community in Billericay.  Lucas Optician was the go to place for specs in Billericay High Street back in the day.  He had premises there from the 70s till about 2010.

In the last 20 years or so Ev and John went on a number of trips to international table tennis tournaments, particularly in Germany, Sweden, Belgium and France, including ITTF World Tour Opens, World Cups and World Championships, from the era of Waldner and Persson to that of Ma Long and Fan Zhen Dong.

We have lost a true gent and a true legend of Essex table tennis.  He will be sorely missed.

Special thanks to John Holland for some of the history of Ev's career in local TT leagues.