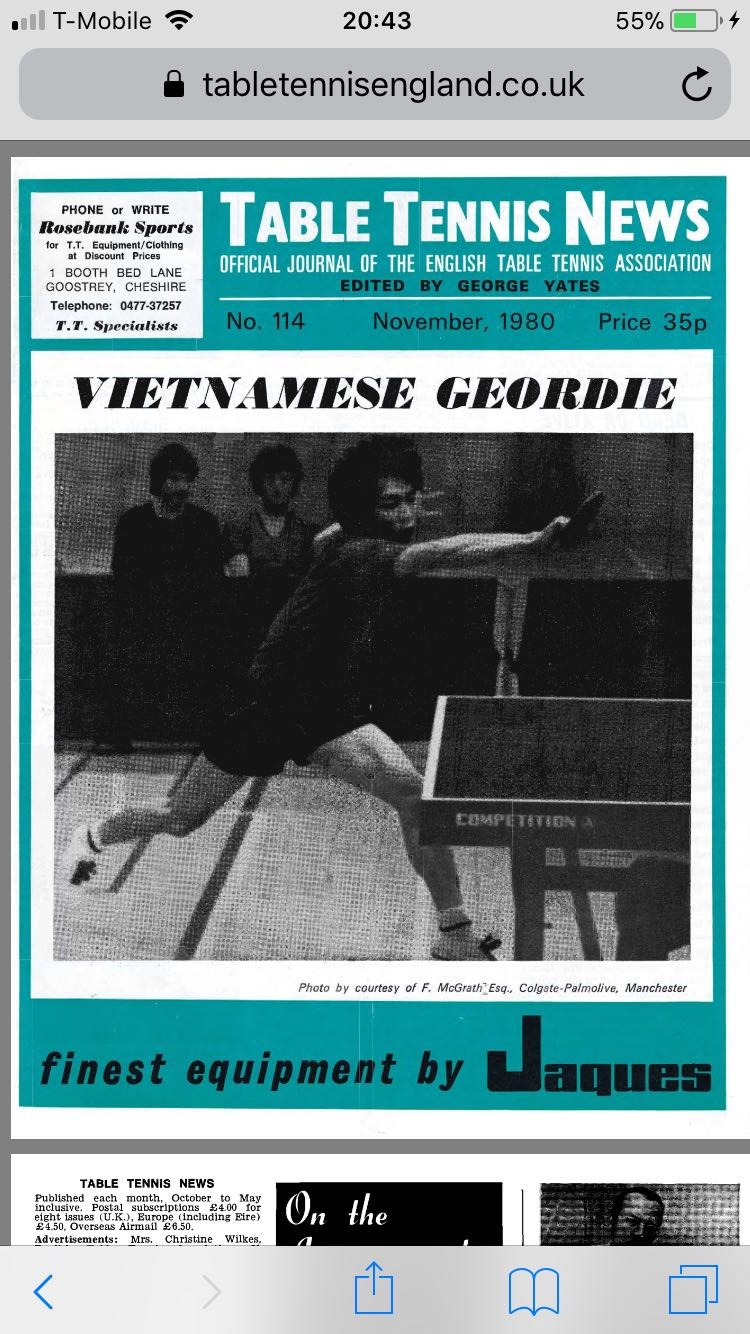 Born in Guangdong, China, Chow was the middle of 5 boys in the family. He left

tennis. His talent was soon spotted and he was selected for training for the National

Table Tennis Team. He was then sent to China for further training, where he played

with some of the world’s top players including the world number one, Zhuang Zedong.

At the peak of his career he had a world ranking of 40.

In 1973, he met his wife to be, Thanh. They married in the same year and had three

children. In the 1970s, they were made refugees and fled to Hong Kong. By the late

1970s, they were accepted to live in Britain and were housed in Newcastle Upon Tyne,

North East England. In an interview with a local councillor he was asked about his

skills and talents. His reply was simply ‘I am a professional table tennis player.’ He

playing. He was then offered a job as the county coach on the condition that he excelled in competitions – of which he did. In November 1980 he became the first unseeded

the men’s singles title in the famous Colgate North of England tournament. He made

Like many Chinese players from the 1960s, Chow played with the traditional Penhold

with a short pimple rubber. He custom made his own bat for greater strength and

speed. He would charge on every shot with great precision and dazzling foot work.

maintain his fitness. Even at the age of 68, he was a regular at the Central London

Table Tennis League and was unbeaten. His skill spoke louder than words and he was

well respected amongst players of all ages. At the age of 70, he still had fast reflexes

Commonwealth silver medallist). In 2015 at Morpeth Table Tennis Club, he met up

with an old teammate, Desmond Douglas MBE, where club members had the pleasure

of watching the two renowned veterans in action.

Hospital, West London on 23rd June 2018. He is survived by his wife, two daughters

and a son, as well as three grandchildren. He often spoke of his family with great

fondness, and like table tennis, they held a special place in his heart.

Players range from National League level down to relative beginners.