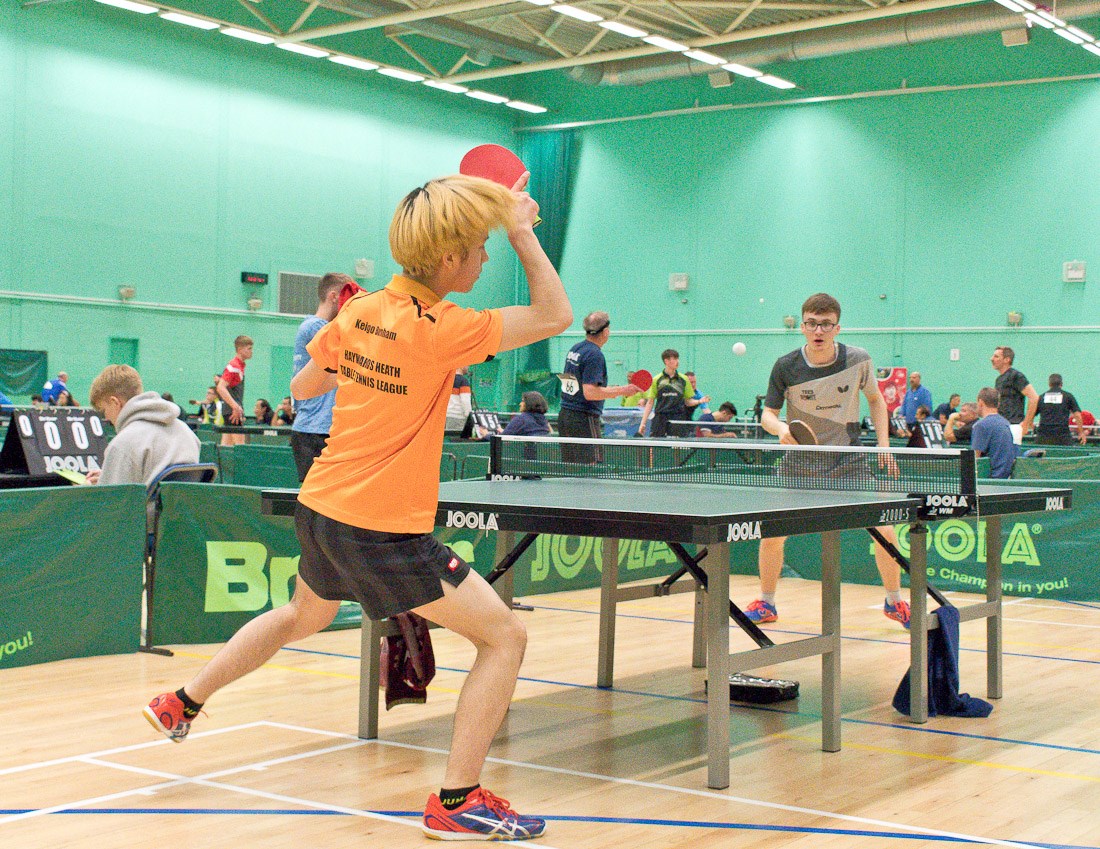 Keigo played in the recent Hatfield Grand Prix  back at the end of October and did well to qualify from his Men's Singles group in second place winning 2 of his 3 matches. He then defeated Jared Schaller from Hants before losing 1 - 3 to no. 2 seed Luke Savill who made the final vs Chris Doran as featured in the below video

Keigo also qualified from both his banded groups only to be knocked out by top Welsh players - one of whom won the event.