SUPER VETS MULHERN AND McFARLANE ADD TO THEIR HUGE HAUL

GREYSTONE LLC kindly sponsored the Island Closed Table Tennis Championships at the NSC recently. Six of the fourteen titles competed for relate to the veteran’s tournament where the competitors must be at least 40 years of age. However, there are two super-vets who continue to dominate this section; having now won 33 singles titles and countless double titles between them. 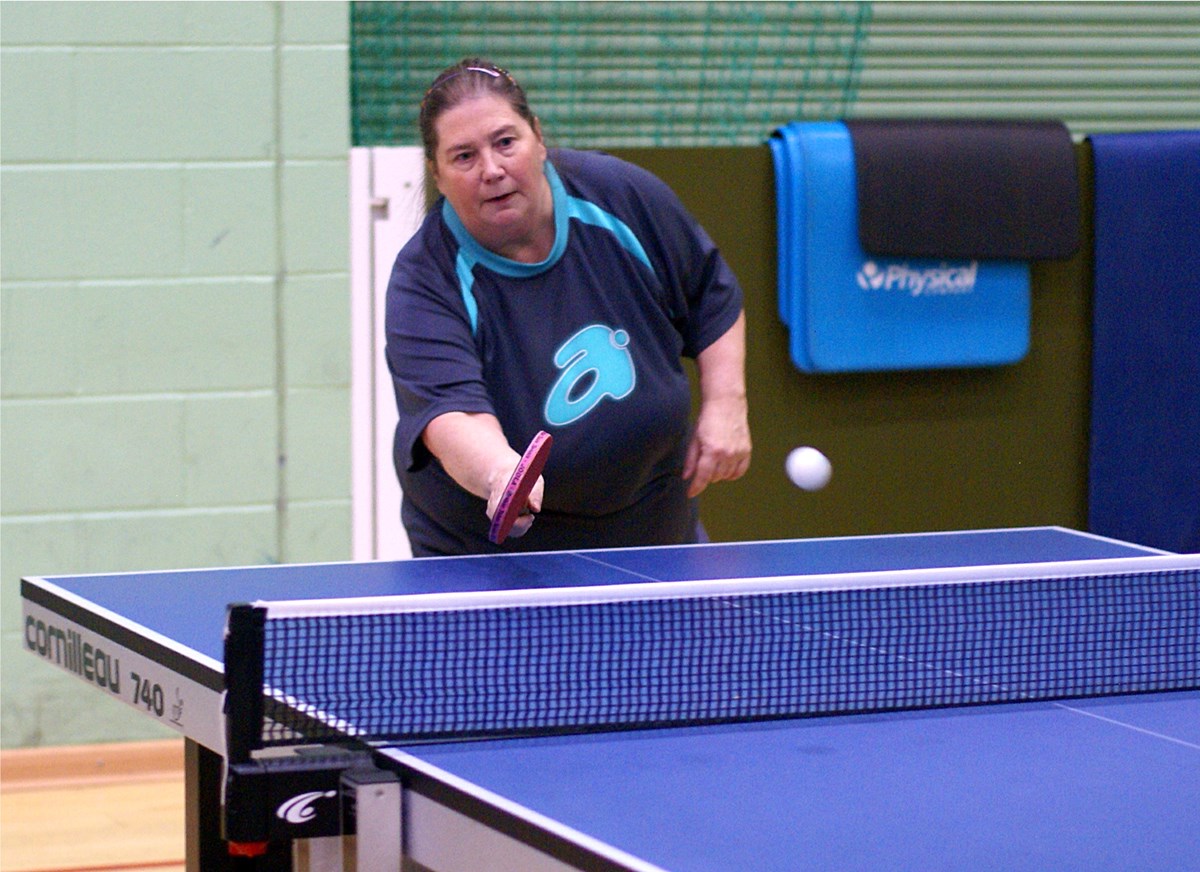 Maggie Mulhern the IOMTTA chairman, who has won the Ladies singles championship nine times, and was runner-up to Jane Kneale in that event this year, was once again the top lady in the vets singles making it 18 times out of 19 tries that she has been victorious. Margaret Forsyth was runner-up and Jackie Gill was placed third.

With a record which no one else is ever likely to equal, the remarkable Graham McFarlane beat Steve Curtis 11/4, 11/5, 11/6 to win the over 60’s championship for the 15th time. McFarlane added the mixed doubles title to his haul ably assisted by hard-bat specialist Margaret Forsyth. They beat Steve Curtis and Jackie Gill 13/11, 11/3, 11/9 in a final full of tactical play and wicked angles. Incidentally, former professional footballer McFarlane is also the current holder of the island over 75’s tennis trophy.

In the over 40’s singles Julian Briercliffe was beaten in the final by Liam Chan who had earlier won the premier event of the day, the Men’s singles title, as well as the doubles title with his ABC Arborist team-mate Mike Tamarov.

Strathy’s Andy Horne, who had come second in the Men’s doubles with team-mate Julian Briercliffe secured the over 50’s singles title 11/9, 11/4, 11/8 ahead of ‘superman’ Graham McFarlane.

As always the event was run with supreme efficiency and our thanks for this go to the organiser Andy McLarney assisted by Maggie Mulhern, when she was not busy winners more titles! A special mention must also be made to John Keelan and Dave Salter from the Southern Photographic Society who took over a thousand photos during the day.