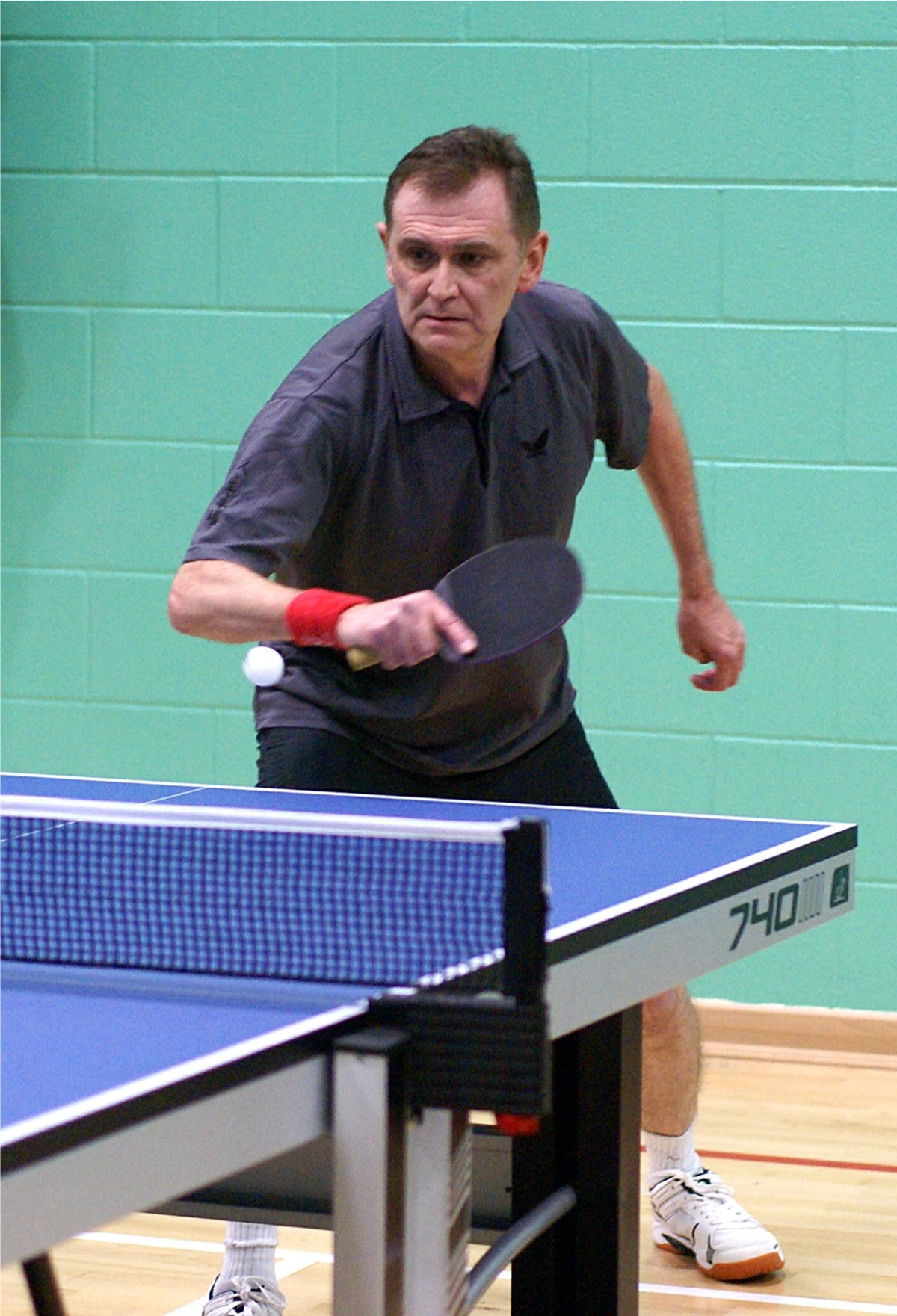 This week in the Fun 88 sponsored Isle of Man Table Tennis League the first of three Grand Prix events was played. It is only for Division One players. Three players are selected from each of the six teams and the team members seed themselves 1-3. All the players are separated into six groups of three with each group containing a seed 1, 2 and 3 from different clubs.

The winners from each group were then split into two groups of three where they would play a round-robin. The same happened for the players who came 2nd and 3rd in round one.  Whatever place a player came in their group, they would play their equivalent number from the other group. The result of this final match would decide which position each player came.

Due to the Grand Prix event using so many tables there was only time and room for Division Two and Four to play their league matches. 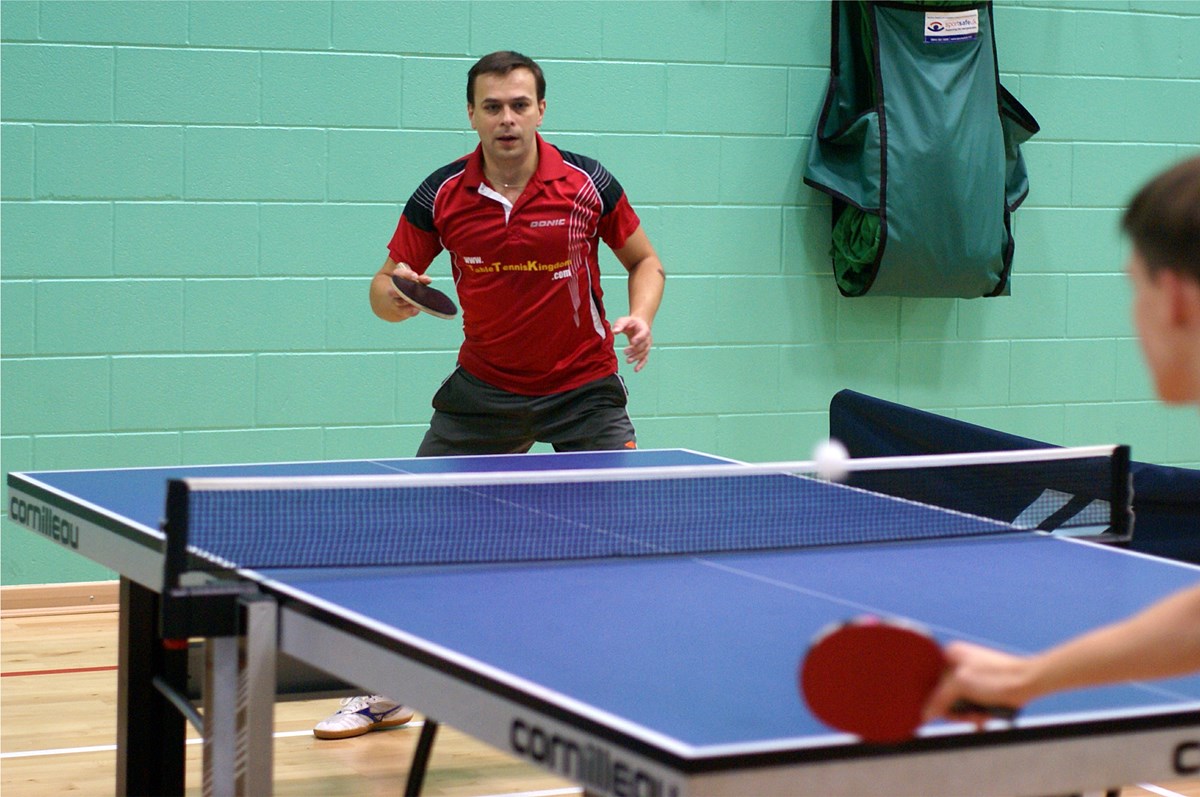 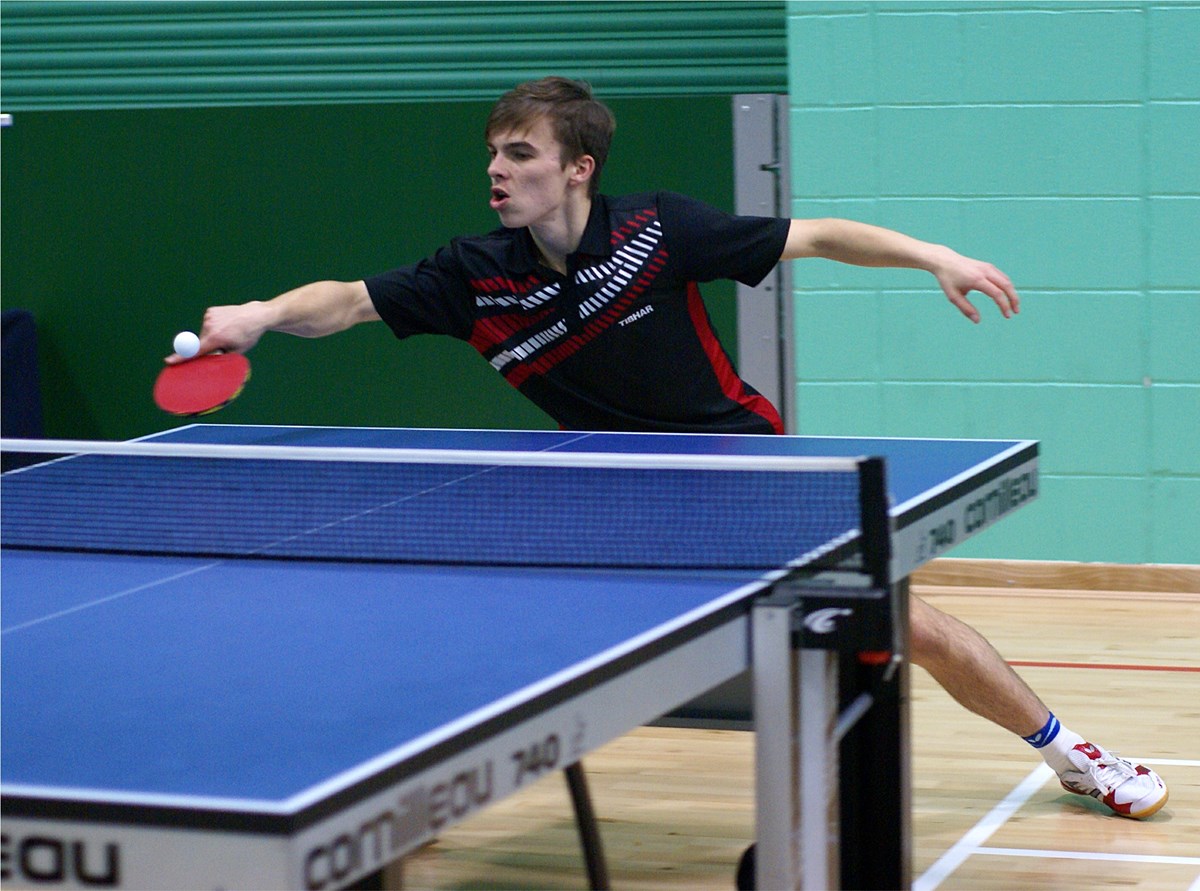 Group B was won by Sean Drewry, followed by Julian Briercliffe and then Rhys Yardley. 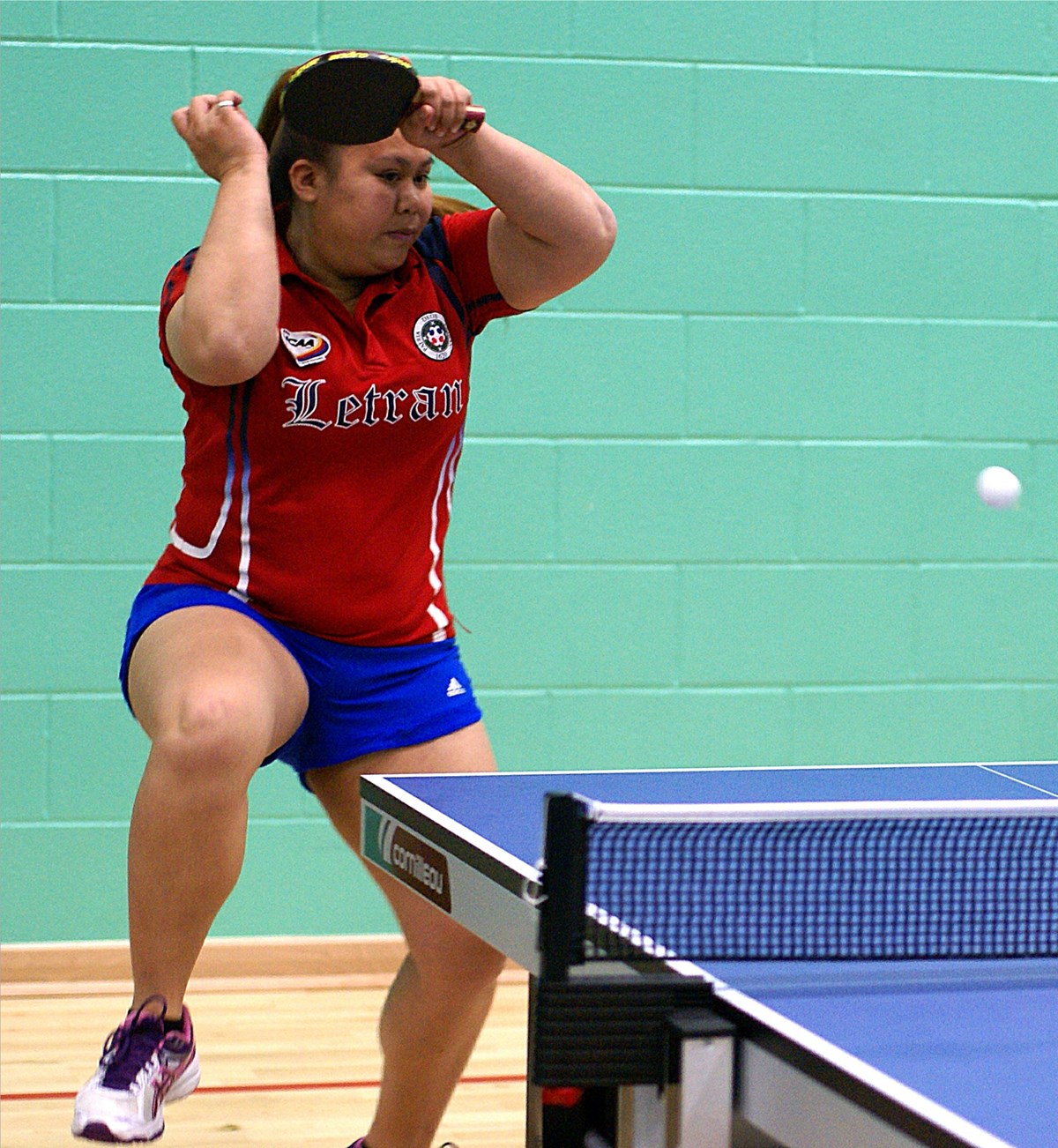 Group G was dominated by Johnson followed by Vinas in second and Tamarov coming third.

Group I was claimed by Cummings, Corran took second with Chan in third.

Group L was also saw each player taking one point so on countback McFarlane took first place followed closely by Moore and then Dunning. 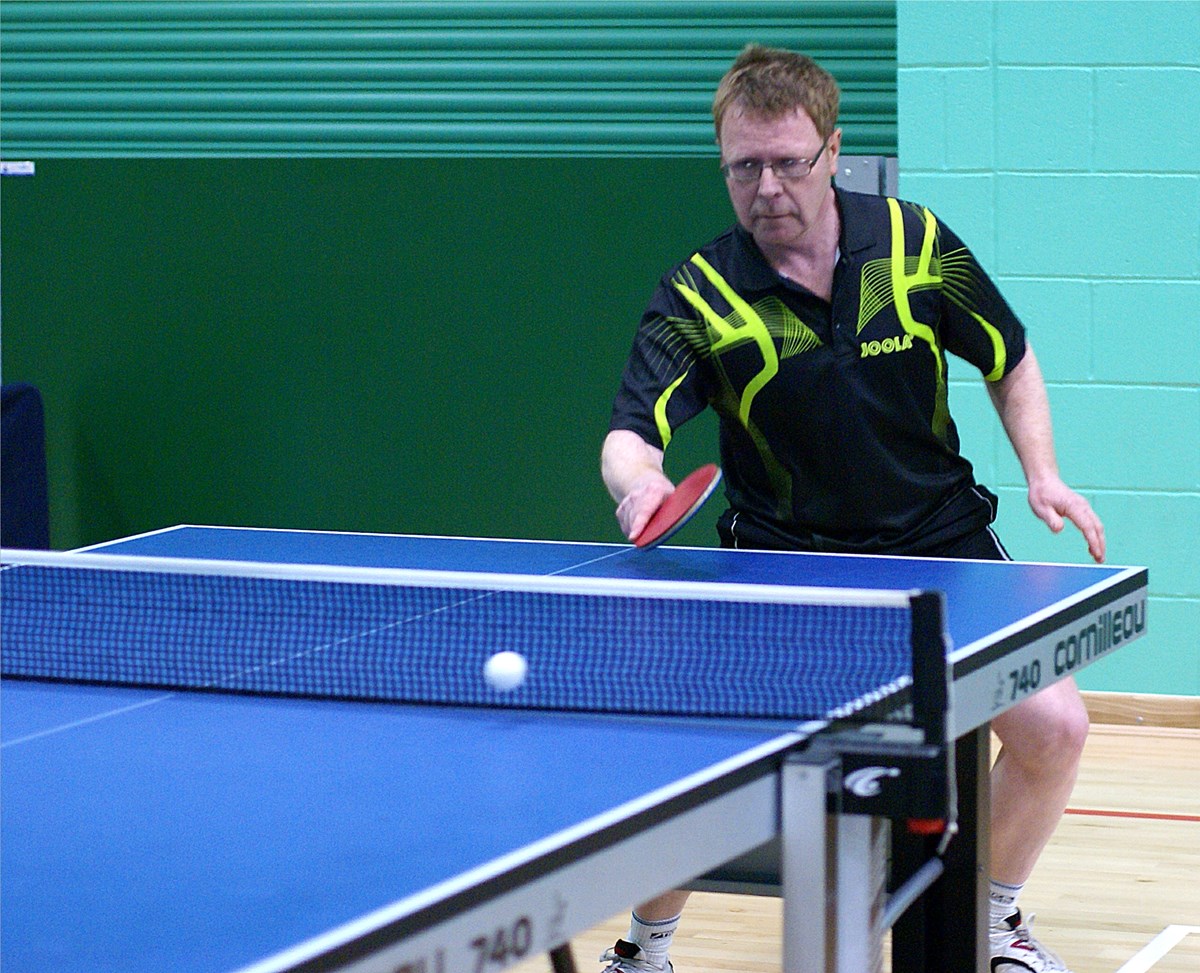 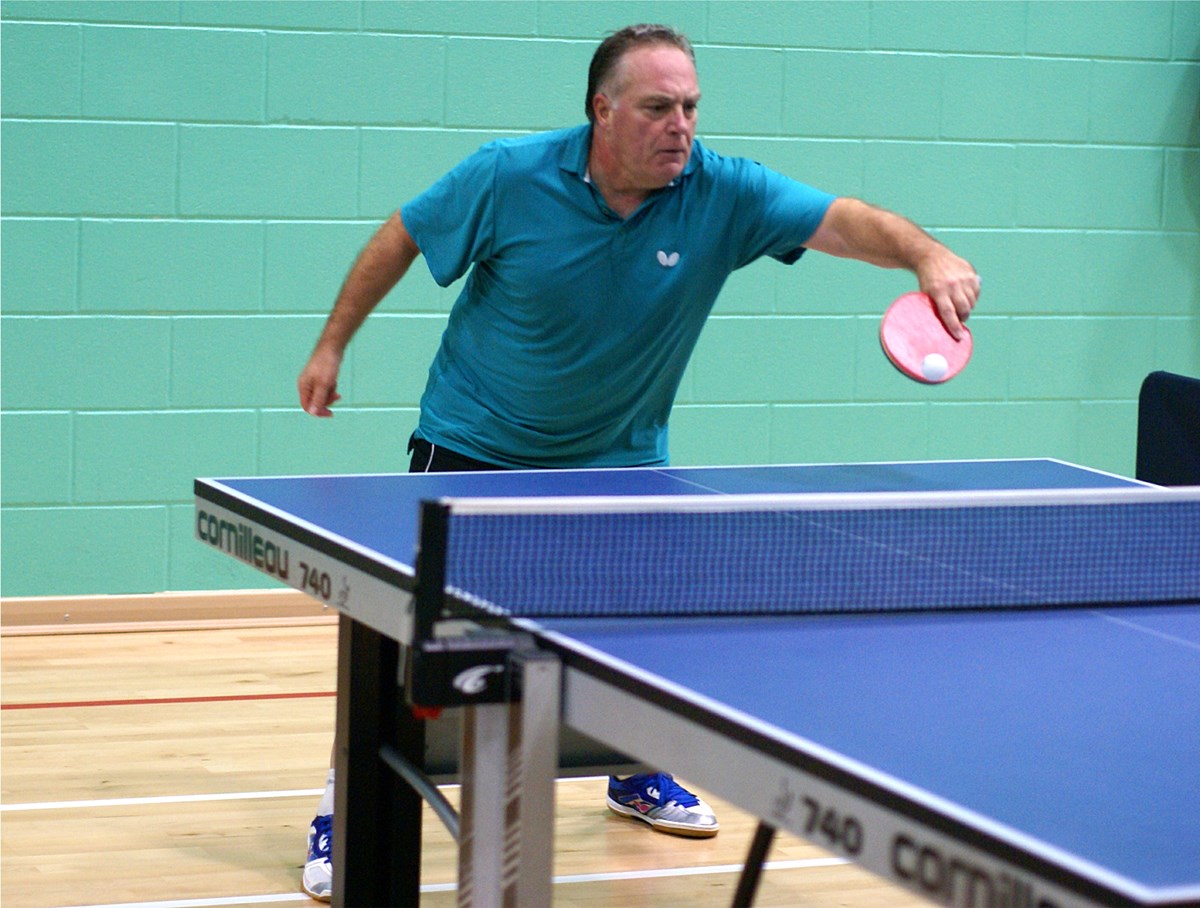 Each player’s finishing position translated to points which are also applied to the team event. This is very tight with Strathallan and Arbory joint first on 45 points. They are closely followed by Travellers in third place on 40 points. Fourth are Copy Shop on 36. Fifth are Surestrike Ramsey with 29 and finally Tower have 9 points.

Peel increased their lead at the top of the table thanks to braces from Malc Lewis, Maggie Mulhern and Matty Evans. Lewis and Evans also secured the doubles. Paul Mathieson-Nelson earned a useful hat-trick for Travellers but was made to sweat by Lewis who narrowly lost their tight tussle 11/9, 8/11, 9/11, 11/7, 8/11.

Surestrike Ramsey B (6) Travellers B (4)

This was an important win from Surestrike with another hat-trick from Tim Baker, two from Chris Holmes and a crucial point from Kerenza Baker 15/13, 12/10, 9/11, 7/11, 14/12 against Stuart Douglas who went on to bag a brace for Travellers. Colin Brown purloined another point and despite Douglas and Colin Barron winning the doubles it was too little too late for a draw.

Rob Sim and Ibim Davies claimed two apiece and combined to secure the doubles. In response Dario Mazzotta hit a hat-trick and Travellers pulled back with a point each from Matt Crabtree and Dave Callow to claim a draw. The match could have gone either way as Freya Melvin lost 9/11 in the final frame to Callow who had earlier been pipped at the post 12/10 by Sim. 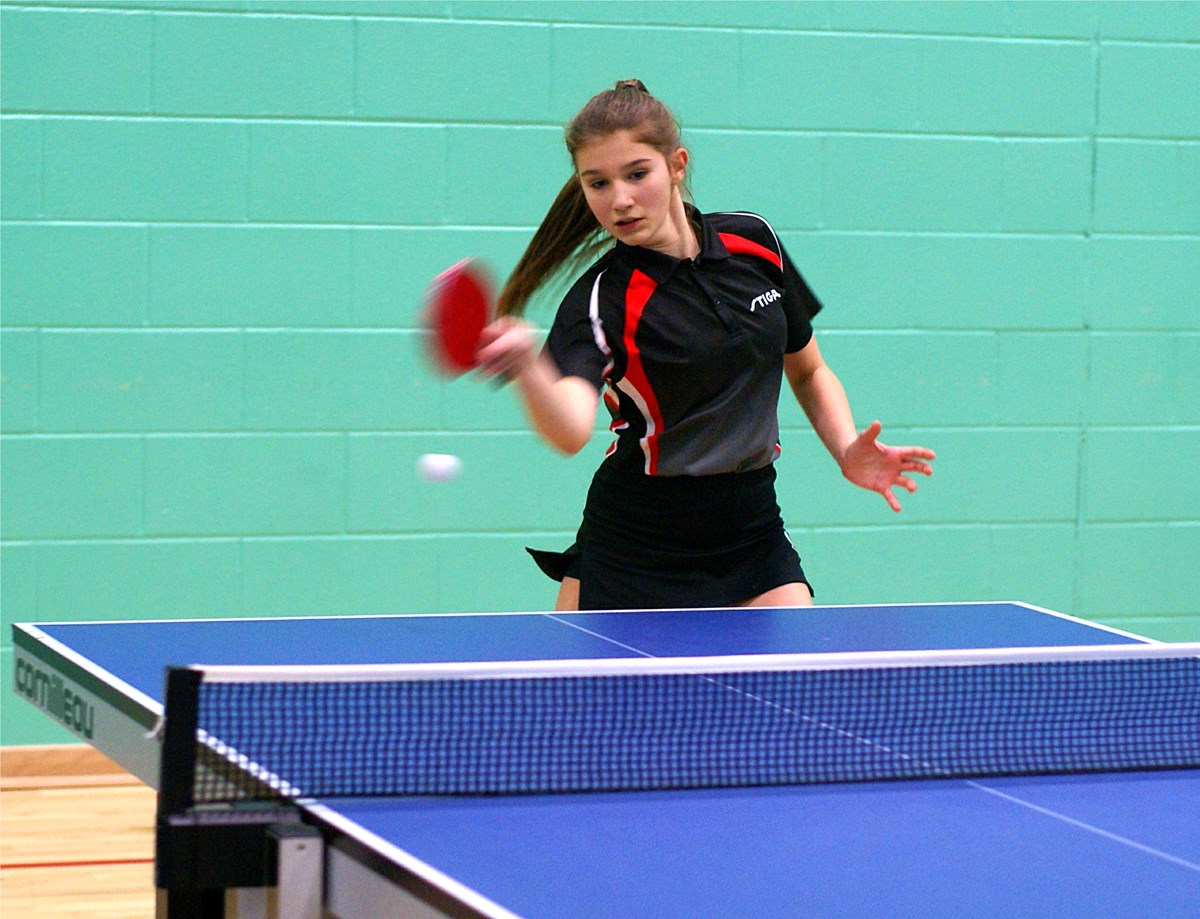 Kitty Thomas, Libby Quagin and Sophie Sheard all secured three points. Thomas and Quaggin went on to win the doubles for top of the table Copy Shop D. Glenn Callow was unfortunate to lose 11/9 in the fifth set against Sheard.

Leo Doyle, Cameron Dudley and Josh Dudley all won their three matches and finished it off with a win in the doubles for Doyle and Josh.

Stuart Watson and Lily Byrne secured the win early on in the fixture which Victoria Watson added to with a point as well as winning the doubles alongside Byrne. Sam Preece and Jake Levine both took a consolation point and William Shooter came close in losing 10/12, 16/14, 11/8, 10/12, 6/11 against Victoria.