Tower B took the Division Two title in the DLP Adapted Bathrooms sponsored Table Tennis League by a mere three points in a dramatic end to the season. In the end the first three teams were separated by just nine points and there were only sixteen points separating the next four teams.

Second-placed Peel A were facing already relegated St Ninian’s and duly won 10-0 meaning that Tower B had to win 7-3 or better. There were a few anxious glances across the room but apart from losing one game Tower B only dropped one other set all evening.

Due to injuries and work commitments Copy Shop had a torrid time in trying to field two teams. So much so that they had to call up three Third Division players and Malcolm Lambert also had to step in for the first time since last November.

It is likely that the league will be split into four divisions next season which would be good news for St Ninian’s because otherwise they would miss the much anticipated battle of the PE teachers as their colleagues at Kings emulated St Ninian’s 2014/15 success by winning the Third Division title in their inaugural season. 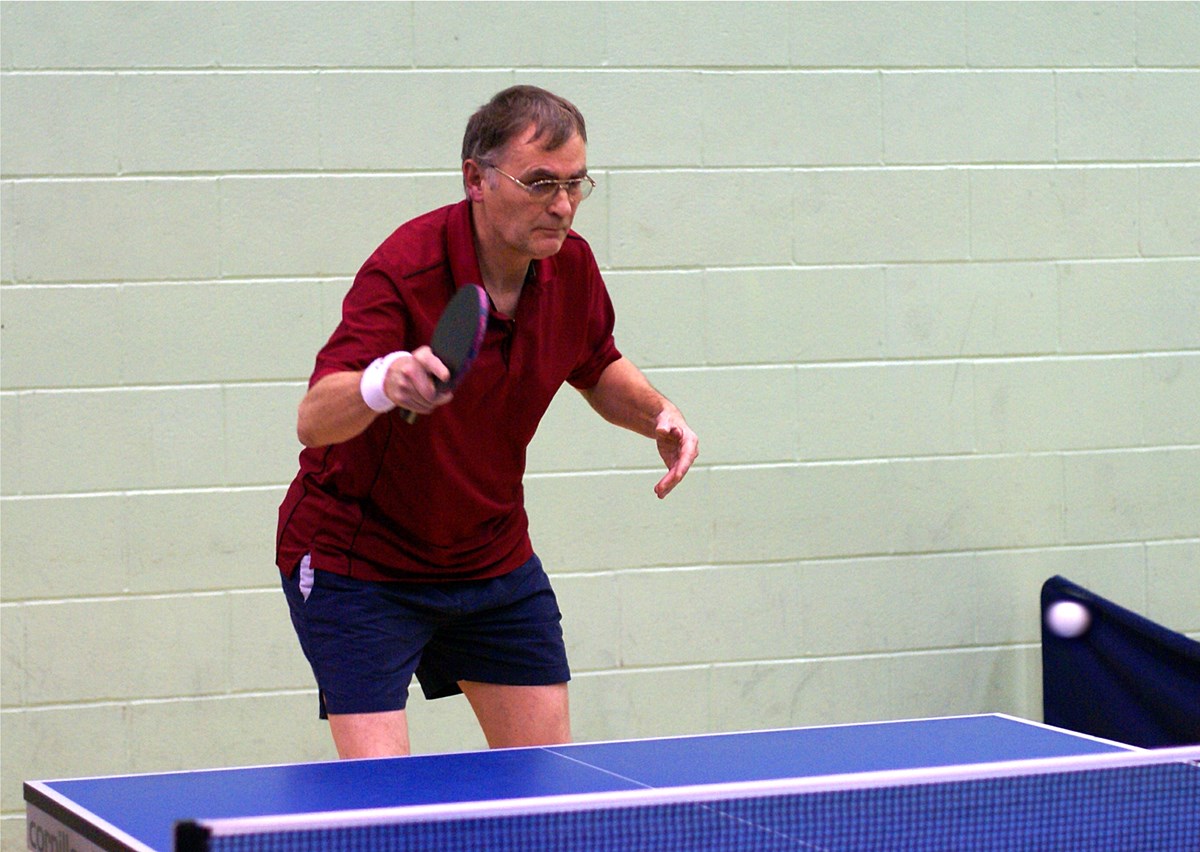 Then normal service was restored as Graham McFarlane, Simon Radcliffe and Curtis breezed through the last three singles and then the doubles against Jackie Gill and Mike Campbell. 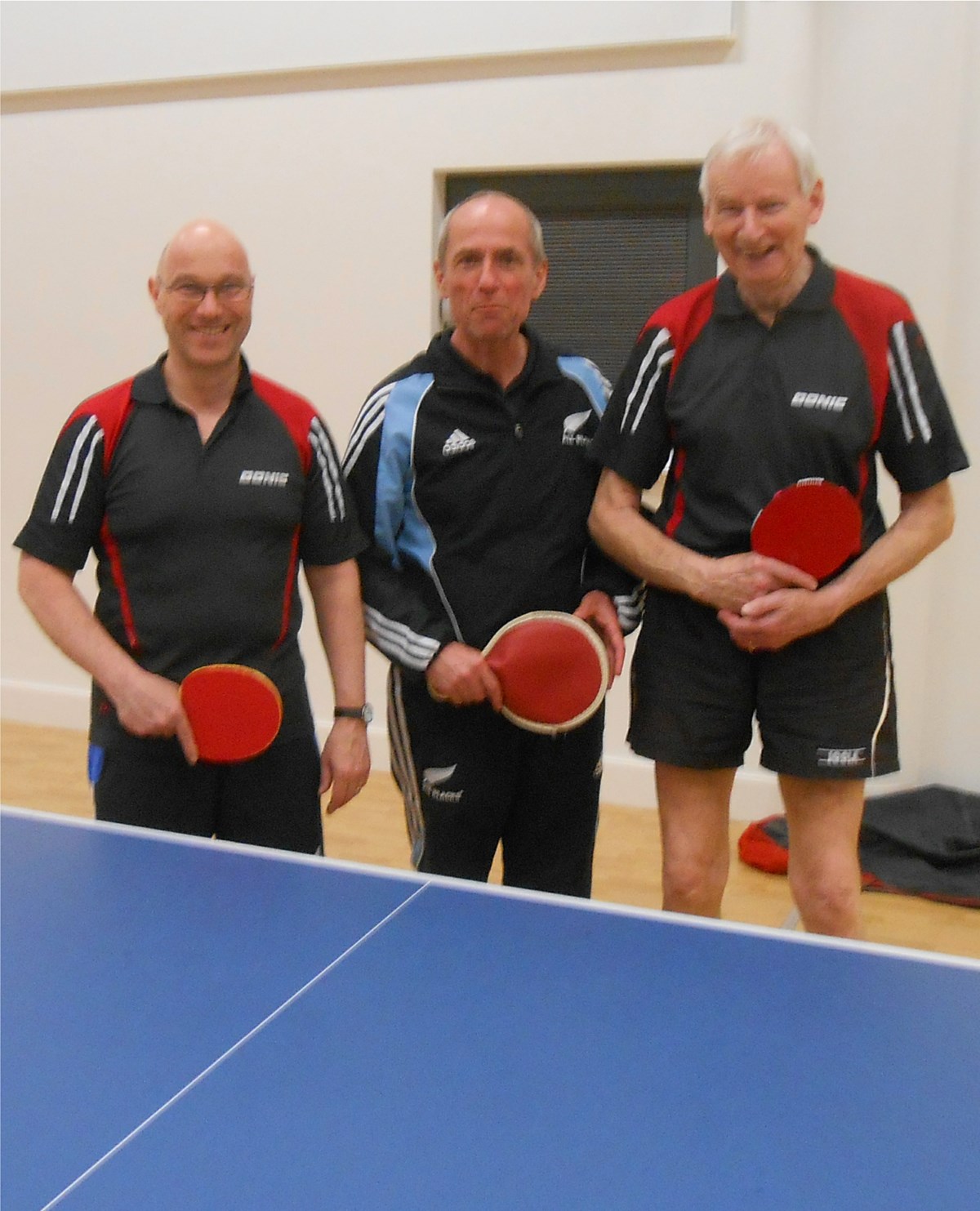 Curtis was quick to praise the other two members of their successful squad, Dario Mazzotta and David Parsons, who had both played their part during the season.

Second-placed Peel A did all they could to overhaul top-placed Tower, dropping just one set in their white-wash of demoted St Ninian’s. Matt Harvey and Andy Simpson failed to trouble the scorer against Maggie Mulhern, Mattie Evans and Malc Lewis but Matty Kelly took the first set 11/7 in his encounter with the IoMTTA chairman. However, Mulhern took the next three 11/1, 11/6, 11/9 and then joined Lewis to dominate the doubles as they only dropped eleven points over the three sets. 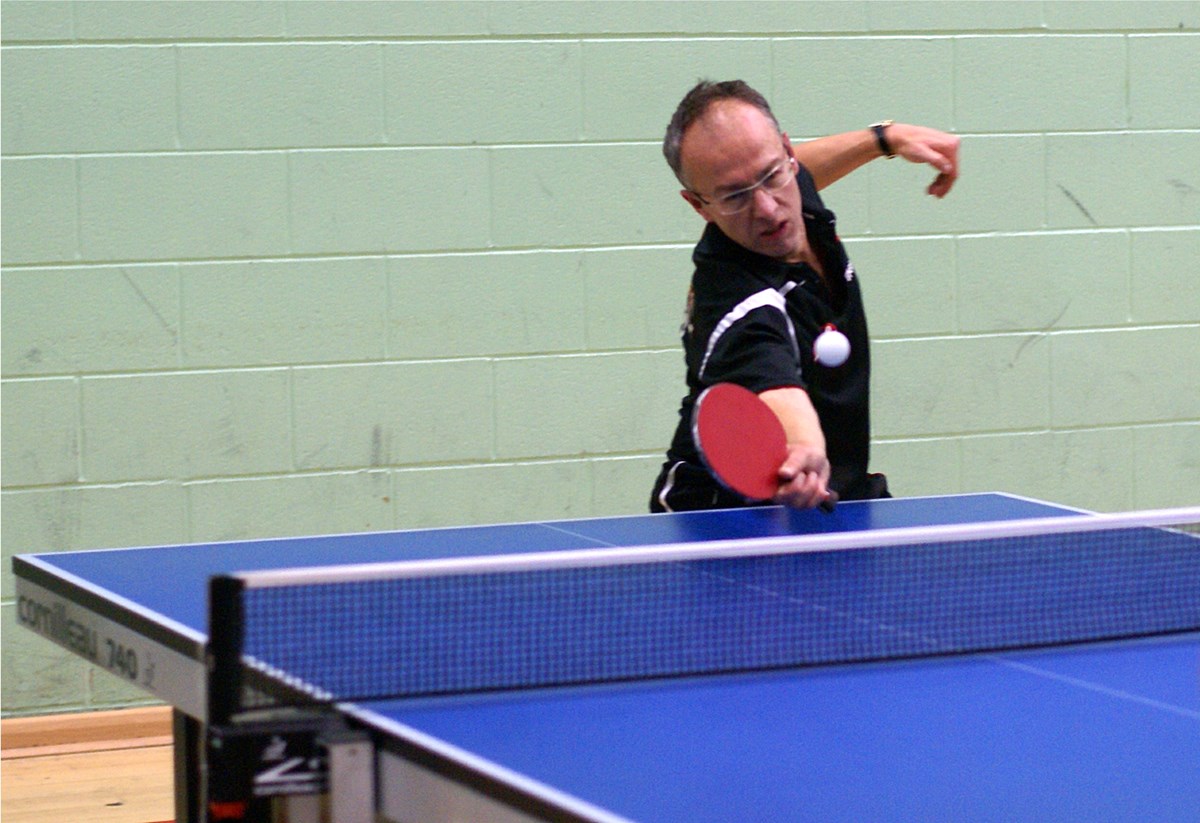 The divisional champion Tim Baker finished the season with his 19th consecutive hat-trick for fourth-placed Surestrike Ramsey B.

Jack Craik added two more points with wins over Matthew Emison and Frank Feeney who also lost to Kerenza Baker. The C team’s Chris Holmes beat both Craik and Kerenza who was then beaten by the fast improving Emison 11/7, 5/11, 9/11, 11/13. However, ‘Team Baker’ finished the season by delivering the doubles against their tenth-placed C team.

Sixth-placed Copy Shop B had to call up two willing substitutes from their D team who have finished second in the Third Division. Neither Zak Walker nor Billy Coulter won a set but they enjoyed the chance to pit their wits against their opponents who finished third after this result. Rob Sim had put the early point on the board by beating Colin Barron 11/7, 11/6, 11/6 but that was it as Barron, Juan Moore and Mike Dunning dropped just three sets over the next nine matches.

Malcolm Lambert made a rare appearance for ninth-placed Copy Shop C. He chopped his way to a hat-trick having survived a 14/16, 13/11, 8/11, 11/6, 11/9 gruelling game against Nathan Evans who got some revenge by reversing the result from earlier in the season when he had lost to Max Walker. Sasha Thomas had two tie-breaks but lost to Walker, although both he and Evans beat substitute Pat Halliwell who won the wooden spoon decider with seventh-placed Peel B’s own substitute Tania Thomas. Tania successfully teamed-up with her son Sasha to finish on a high note by taking the doubles against Walker and Halliwell.