League Play-Offs and Super 6 First Round

This week the divisional play-offs to place in the Fun 88 sponsored IOM Table Tennis League. Three teams who were runners-up in their respective divisions were vying for promotion against the teams who had finished bottom in the division above them.

Two teams avoided demotion but congratulations go to the Surestrike Ramsey Club as they finished the season on a very satisfactory note. Their C team won automatic promotion to Division Two last week. This week their D team avoided demotion to the Fourth Division and, to put the icing on the cake, the B team also won their play-off match and join their A team in Division One.

Those teams not involved in the play-offs competed in the first round of the Regional Super 6 tournament. This fun event features teams representing five geographic regions similar to those used for the Manx Youth Games. Each region fields two teams of six players. Each team’s seeds one/two play against each other, and the same applies for seeds three/ four, and five/six. Then they play three double matches so a maximum of 15 points is available per team and 30 points at stake overall for each region to try and win. 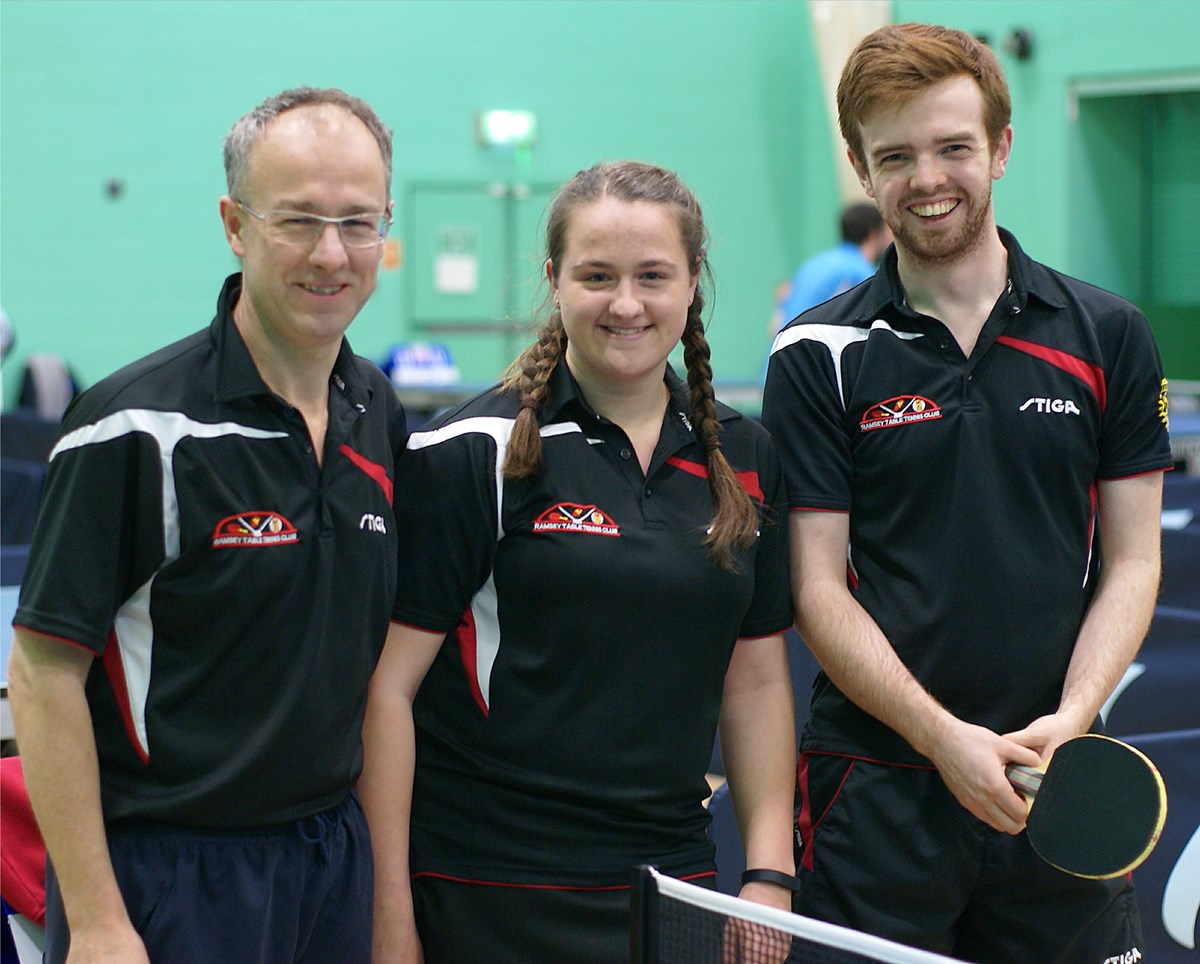 Tim Baker brought his unbeaten league Division Two run to the play-off where he was able to collect another three points, followed by an equally crucial performance from Chris Holmes whose hat-trick was enough to bag the win for the jubilant Surestrike Ramsey team. Despite Steve Curtis, Graham McFarlane and Simon Radcliffe all picking up a win against Kerenza Baker it wasn’t enough for Tower A to hold onto their place in Division One. 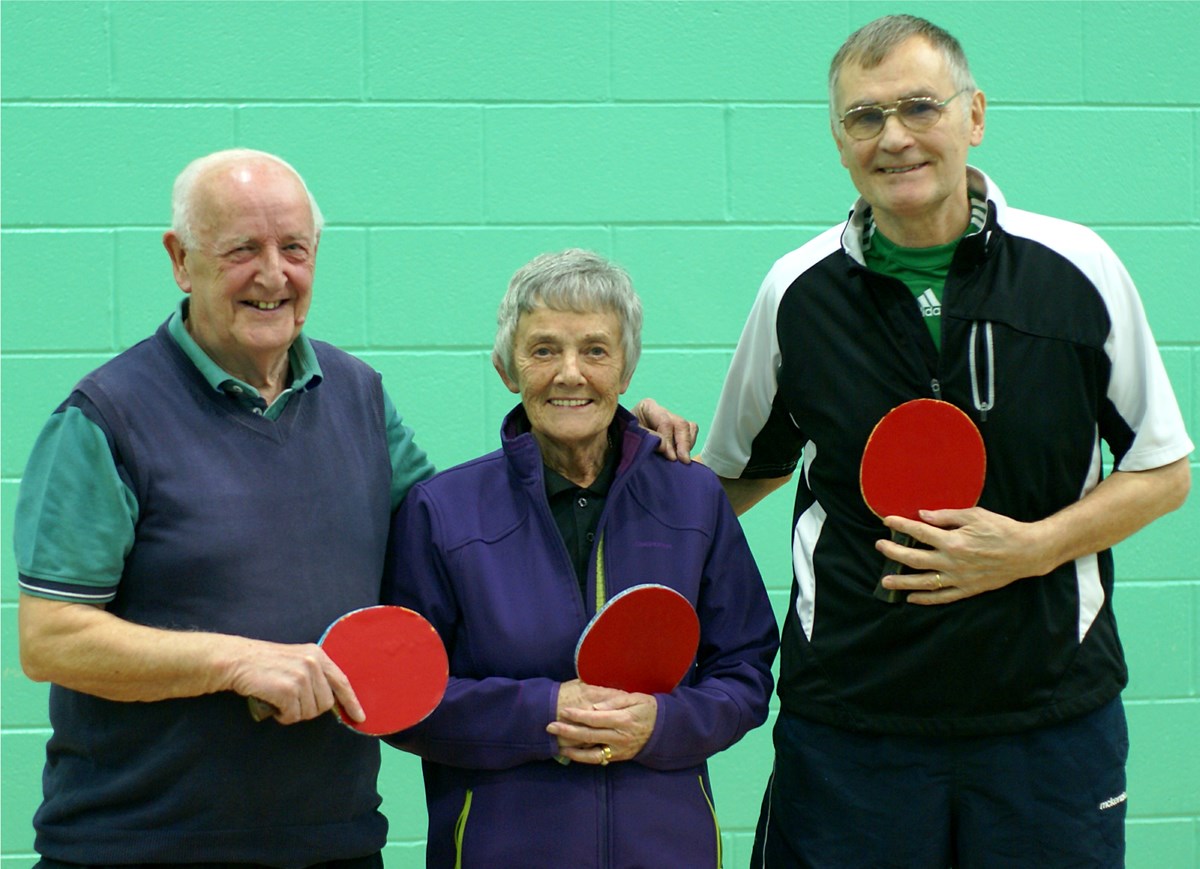 and Travellers D will enjoy another season in the Third Division.

This close encounter involved Copy Shop E, the runners-up of Division Four, who gave it a real go with Cameron Dudley obtaining two followed by a win each from Leo Doyle and Josh Dudley. 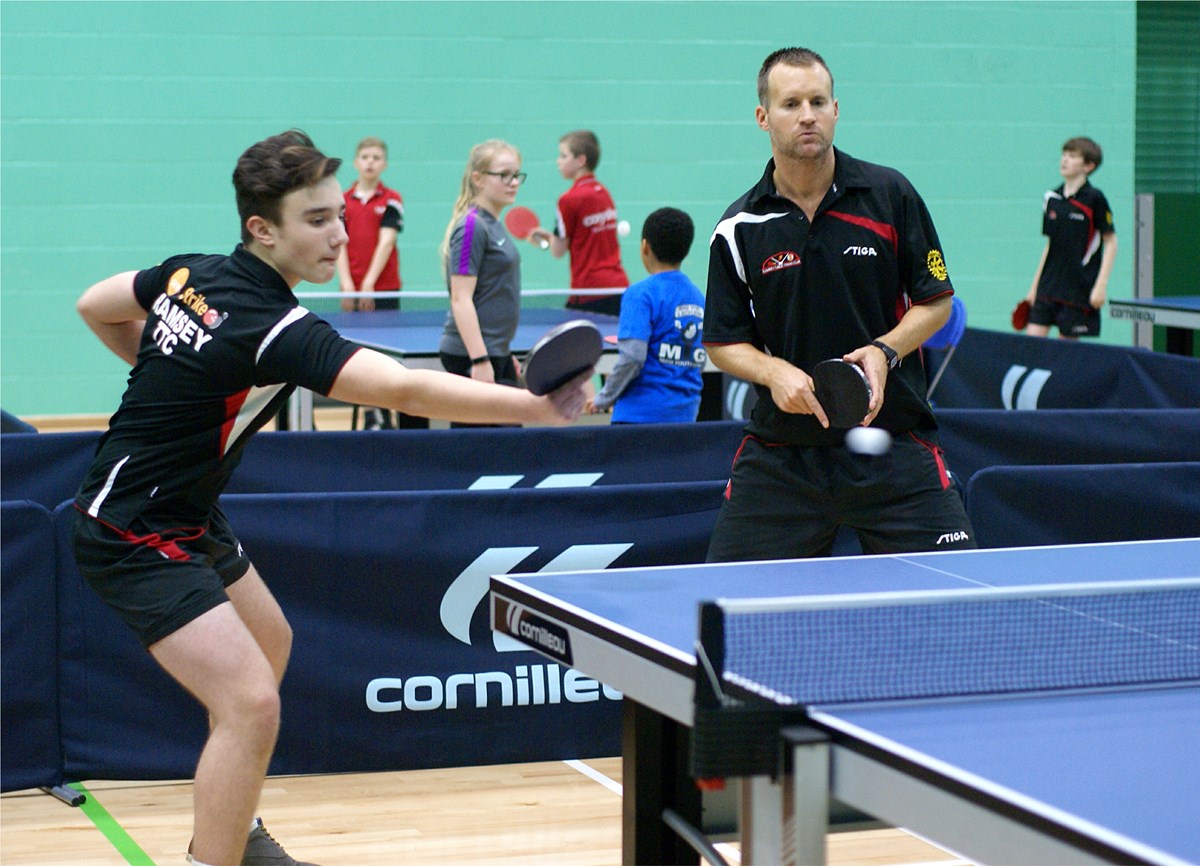 However, a brace from Alex Yardley and a crucial hat-trick from former Division One player Daryl Yardley saw Surestrike Ramsey D maintain their place in Division Three.

Regional Super 6 – Round One

New mum Jane Kneale, who is still nursing a nagging knee, bagged a win against the Eagles’ Dave Buck who then beat Freya Melvin. Former Island champion John Shooter came out of retirement to beat both Kneale and Melvin.

Zac Walker and Kitty Thomas bagged a win each for Douglas against William Shooter. However, former Division Two player Mike Levine dusted down his bat and claimed a brace to equalise for the Eagles.

Pat Halliwell and Lynda Cademy, who normally plays social table tennis at the Buchan on a Tuesday evening, both notched up braces to give Douglas the upperhand. John and William Shooter earned a win in one of three doubles matches to reduce the deficit. Then wins from Thomas/Halliwell, and Kneale/Walker gave Douglas a good win.

A sad lack of First Division players meant that most of the Douglas team members were pitched against a higher ranked Eastern player. However, this should not detract from an exceptional performance from Eastern Eagles. Mike Dunning and Paul Mathison-Nelson took two points apiece against Kevin Drewry and Chris Aspden.

The three doubles were just as one-sided so the white-wash was inevitable and the overall match score ended 21-9 in favour of the Eagles.

Jason Quirk kicked off the Southerners with a brace along with a point from Dave Parsons. Division One’s Julian Briercliffe pulled one back for the Vikings by beating Division Two player Malc Lewis.

Maggie Mulhern claimed two points for the Vikings before Tiernan Garvey added a point to their tally. A win from Mike Chapman made things all square. Callan Reed and Louis Faragher were able to take the Vikings into the lead when they both collected two points against Darren and Sonja Shaw from the Junior Development squad.

The Vikings went on to win one of the doubles fixtures but much to their credit the Southern Stars managed to bag the two remaining doubles to tighten up the score line.

Mason McLarney scored two for the Vikings, Mike Tamarov and Keeran Chan levelled it with a win each over Andrew Horne. Andy McLarney and Ken Hegarty gave Vikings a good lead by securing four points between them by beating both Matt Crabtree and Barry Jenkins.

Archie Walter and Luke Hegarty both gathered a point for Vikings by defeating Lauren Allwright but these were equalled out by Oliver Ashe who won both his matches for the South.

Tamarov and Chan combined to make a strong doubles pairing therefore the South notched up a win. However Horne/Ken Hegarty and Walter/Luke Hegarty were able to win the other two doubles to increase the Vikings’ lead overall to 19-11 in the match.