8th to 10th November do not miss the Home Countries International at the National Sports Centre, Douglas, hosted by the IOM Table Tennis Association. To support this prestigious event, please contact us through our facebook page www.facebook.com/TableTennisIOM

Band One for division one teams and players:

Band Two for all other teams and players from other divisions:

A determined performance from the Travellers team with four games decided in four sets and one game in five, Arbory just couldn’t break through to tip the balance in their favour. Scott Lewis of Travellers won a hat trick and so far, remains unbeaten. Malcolm Cummings won two games and Marc Townsend won one. For Arbory, Jason Quirk won two games and Khayee Vinas won one game, all in straight sets.

With the exception of three hard fought games by Tower’s David Parsons and Mike Bailey which were decided in the fifth set, this was a decisive victory for Strathallan to remain in the mix for a position in division one. The Strathallan team were Julian Briercliffe, Andrew Patterson and Wayne Taylor.

A close match with five of the games decided in the fourth set and no less than six tie break games. Ewan Watterson’s winning streak was halted in his game with Malcolm Lewis but won his other two games for Copy Shop. Team mates Malcolm Lambert and Rob Sim, won one game each. For Peel, Malcolm won a hat trick, Ken Hegarty and step up player Stuart Perry both won one game each. Malcolm and Ken won the doubles for their six points and the win.

Travellers began this fixture without a full team and so forfeited three games! Nevertheless, with the exception of just two games that were decided in the fourth set, the rest were won in three. The Travellers team were Mike Dunning and Nathan Evans

A convincing win for the Desmonds team who were kept honest by a one game win for Adrian Tinkler of Travellers. Jim Travers and John Callow won hat tricks, Russell Kent won one game and Russell with Jim won the doubles for Desmond’s nine point win which puts them in the hunt with the leaders of division two.

A strong performance from both of these teams with five games decided in the fourth, one in the fifth and six tie break sets. For Copy Shop, John Paul Banaag won a hat trick, Sonia Shaw won two and their partnership won the doubles. Barry Jenkins won two games for Tower with Mike Chapman and Margaret Forsyth picking up one game each for their four points.

Division leaders Play It Forward A further extend their lead after this whitewash of Ramsey. There were signs of resistance with three games decided in the fourth set and seven tie breaks but the PIF team of Brandon Montgomery, Adam Braidwood and George Tsioutsioulis were just too strong. Brandon and George paired up for the doubles win.

Strong individual performances all round in this fixture with all players coming away with at least one win. For Peel, young William Shooter scored another hat trick for his team with Lauren Allwright and Sam Preece collecting one win each. For Desmonds, Richard Hill won two games, Jo Healey and Peter Russell won one game each and their partnership also won the doubles.

Peel needed a strong performance against their higher placed competitor to put distance between themselves and the bottom of the table, but the decisive win they wanted was just out of reach. For Play It Forward, Shaun Field won two games, Rob Mercer and Gert Van Rooyen won one game each for their four points. Peel’s Ronan Thompson achieved his first hat trick of the season, Vlad Lannin won two games and their partnership paired up for the doubles win for their six points and the win.

With five games decided in the fourth set, one in the fifth and five tie breaks the points won were hard fought. For Copy Shop, Jack Beng won three games, Hugo Perrie and Pat Halliwell won two games each for their seven points. Harry Stennett won two games for JD North and him with partner Ryan Holland won the doubles for their three points.

Peel were not able to field a complete team for this fixture and forfeited three points before starting. Despite this setback they went on to win every game they played without losing a set for their seven points. The Peel team were Miltos Proxatakis and James Devereau. 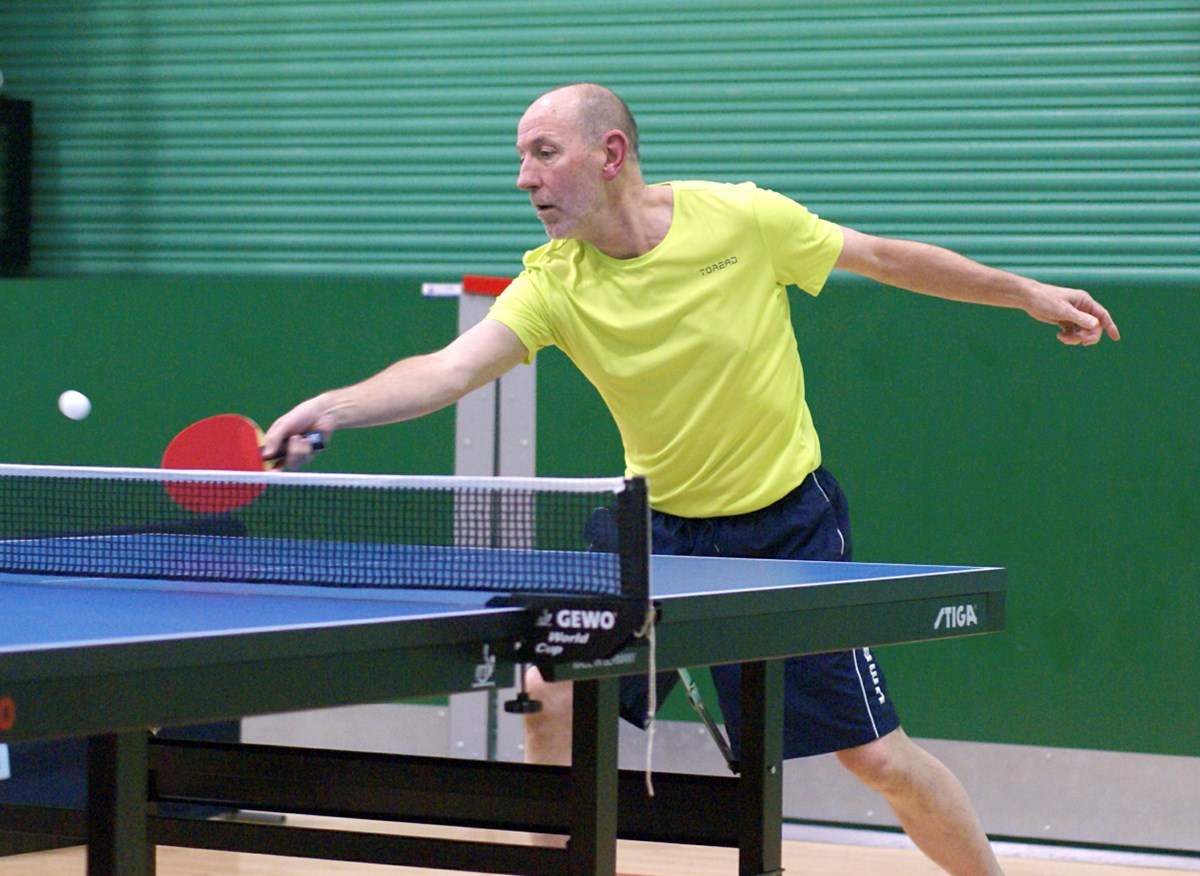