Our annual divisional event was organised following the same format as 2018, with the group stages of all divisions being played on Wednesday 27th and the knockout and finals on Friday 29th. All matches across all divisions were played in a round robin format which included forty one entries, the competition was strong. 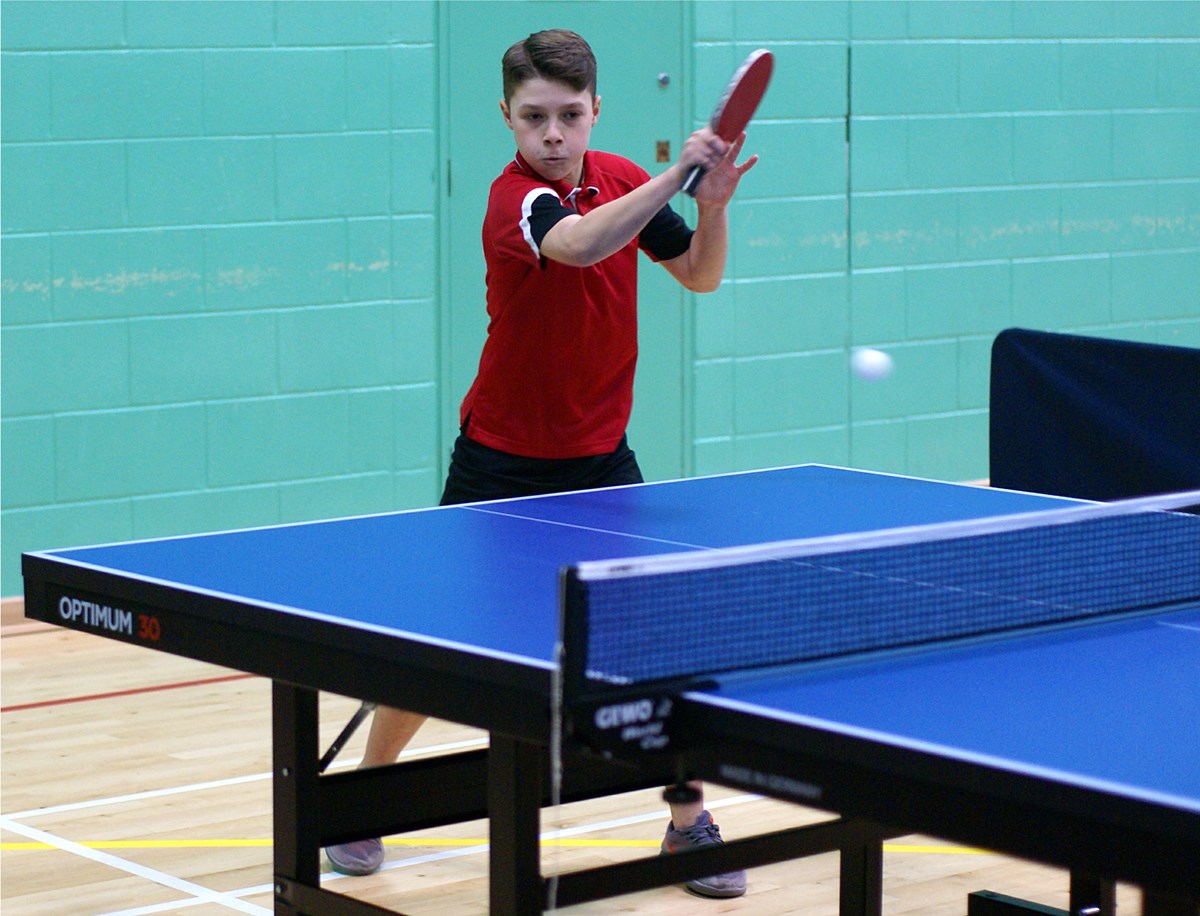 From an entry list of fourteen players, the first round of matches decided the top eight players to go through to the quarter-final round. The players were split into two groups of five and one of four, in place order and with wins, from group A it was Wilma Dalugdugan (4), Jake Levine (3) and Pat Halliwell (2). From group B it was Amit Lanin (4), Corbyn Schade (3) and Daniel Levine (2). From group C it was Francesca Lord (3), Suvi Shaw (2) and Ali Ramirez (3).

The quarter-final stage whittled these eight players down to the four semi-finalists who were Amit Lanin, Francesca Lord, Corbyn Schade and Wilma Dalugdugan. Both semi-final matches were very close, Amit v Francesca: Francesca won the first set then Amit won the next three, the final set was settled with a tie-break 12-10. Corbyn v Wilma: Corbyn won the first set 11-9 then Wilma fought back and won the second set 8-11, Corbyn then took the next two sets 11-7 and 11-9 to progress through to the final with Amit.

The final was played at a standard both player can be proud of trading shots across the table and not giving an inch to their opponent. Amit convincingly won the first set 11-6, then Corbyn won the second set in a tie-break 10-12, this was the tipping point. The third set went to Corbyn 8-11 who finally took victory in a fourth set tie-break 10-12 to claim the division four title. 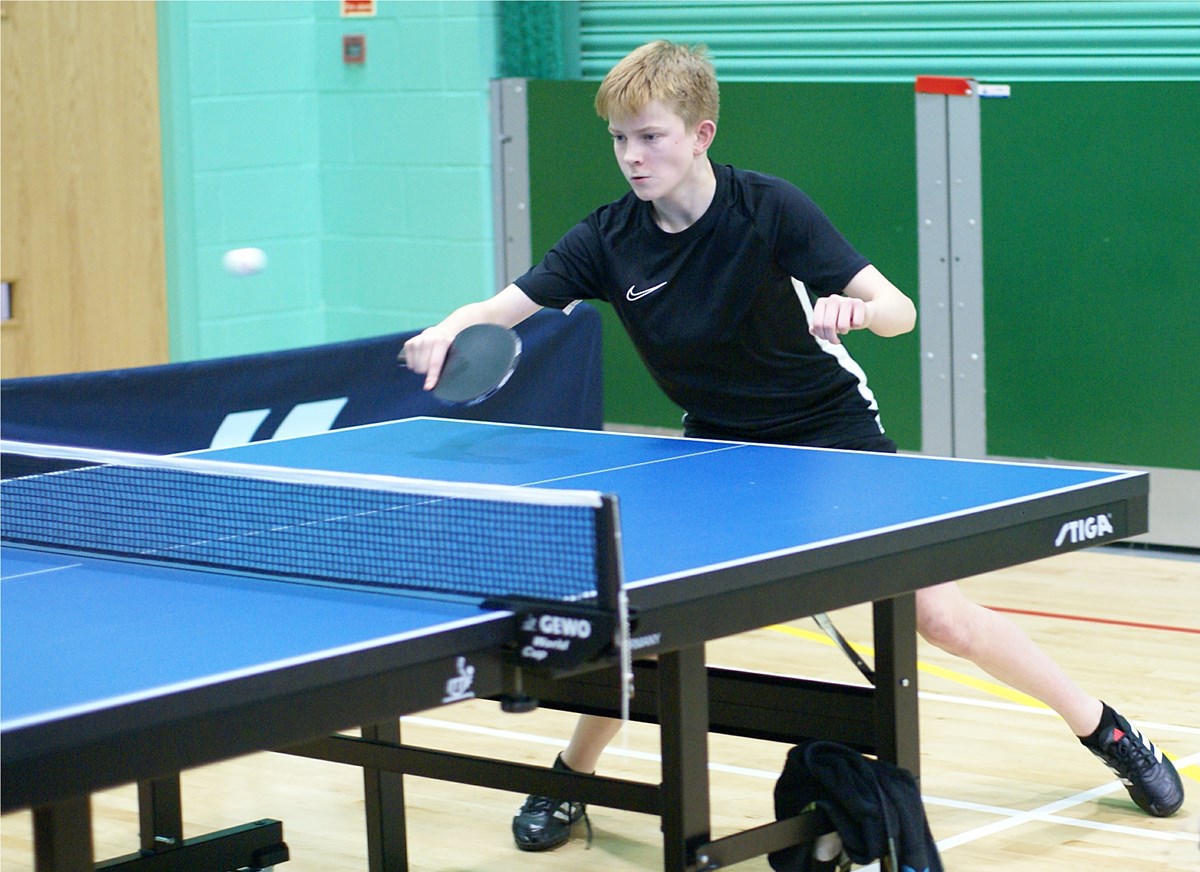 From an entry list of eleven players, the top eight players went through to the quarter-final round. The players were split into two groups, one with six and one with five players. In place order and with wins, from group A it was Sonja Shaw (4) Glenn Callow (4) and Charlie Callow (4). From group B it was William Dalugdugan (4) Ronan Thompson (4) and John Paul Banaag (3).

Following the quarter final play-offs, the four players to progress to the semi-finals were Glenn Callow, William Dalugdugan, Sonja Shaw and Ronan Thompson. Both semi-final play-offs were very closely fought and played to a very high level. Glenn v William: From the outset, William was determined to win and took the first two sets 5-11, 3-11. Glenn fought back and took the third set 11-5 then in the fourth set, William found another gear and won 8-11 to win the match. Sonja v Ronan: This match was very close despite the result, great open play from both players, Ronan won in three sets 9-11, 8-11, 9-11.

The final between Ronan and William was a nail-biter with very little to separate them apart from their desire to win. William won the first set 8-11 then Ronan replied in kind by taking the second 11-8, then went on to win the third set 11-8. In the fourth, William dug in won the fourth 9-11 and forced a fifth set decider. It could not have been closer with very little to separate them, Ronan finally managed to eek out a lead and win the match 11-8 and claim the division three title 2019. 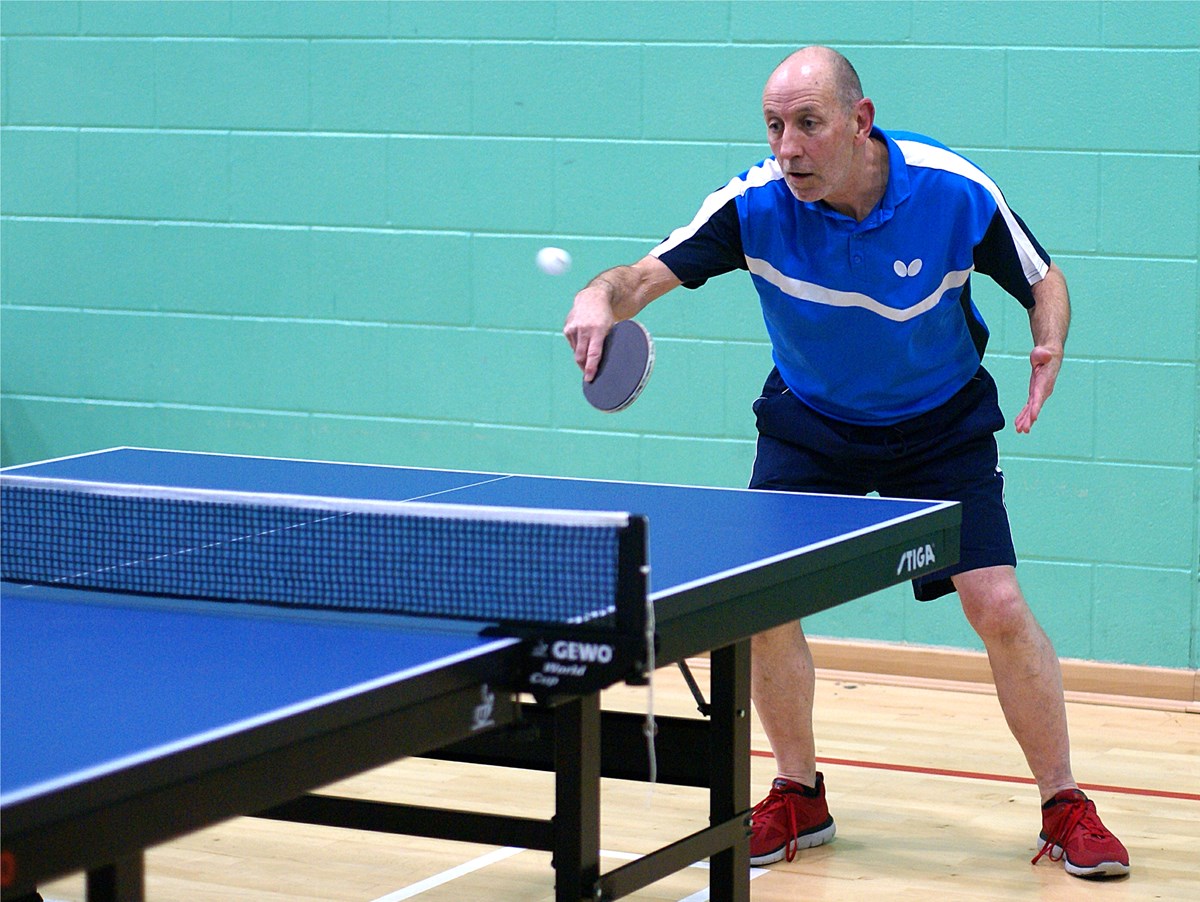 For division 2 there were nine players of which eight would progress through to the quarter-final, they were from group A: Geoff Ball, Malcolm Lewis, Dario Mazzotta and Graham McFarlane. From group B: Malcolm Lambert, Steve Curtis, Libby Quaggin and Leo Doyle.

Following the quarter-final play-offs, Geoff Ball, Malcolm Lewis, Dario Mazzotta and Malcolm Lambert progressed through to the semi-finals. Geoff v Dario: Geoff won the first set in a tie-break 12-10 which left the door open for Dario to sneak in and take the following two sets 6-11, 8-11. In the fourth set, Geoff fought back and won it 11-8 forcing a fifth set decider. This was as close as the other matches which Dario finally was able to break through to win 8-11. Malcolm Lewis v Malcolm Lambert: Lewis opened the scoring and won the first set 11-6 to which Lambert responded with the second set 7-11. Lewis stepped up a gear and with a lot of resistance from Lambert won the next two sets 11-8, 1-9 to secure his place in the final.

The final between Malcolm and Dario was fought hard but Malcolm’s years of experience and technique was a bit too much for Dario. Malcolm won the match and claimed the division two title 11-8, 11-7, 11-8. 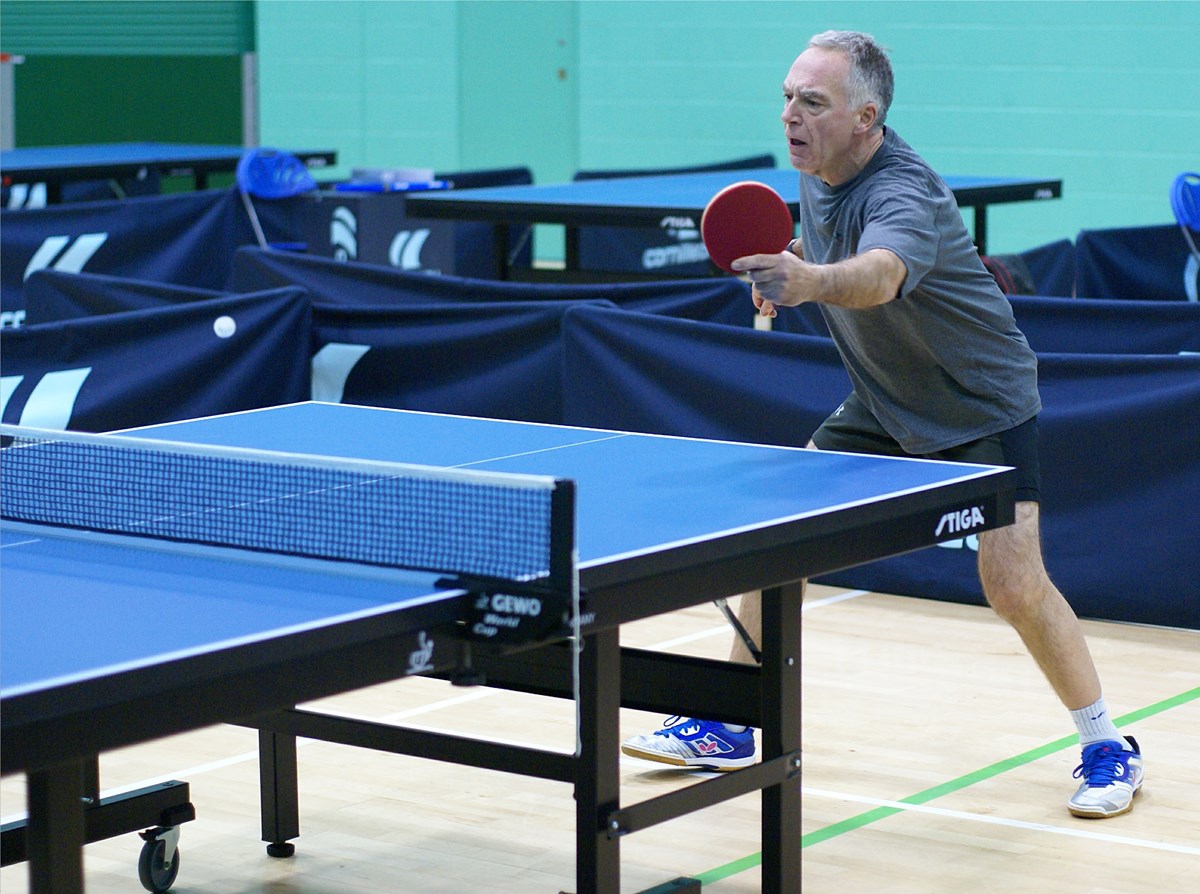 From one group of four and one group of three, four players went through to the semi-final play-offs, they were from group A Malcolm Cummings and Marc Townsend, from group B it was Chris Holland and Mike Tamarov.

Probably one of the hardest fought semi-finals of the night was between Marc Townsend and Chris Holland. Chris took the first set 7-11 then Marc drew upon his experience to win the second set in a 13-11 tie-break. The third and fourth set went the same way as the first two sets 7-11, 13-11 which forced the match to a fifth set decider. Chris was able to find another gear and dominated the play to win 5-11 and claim his place in the final. The match between Malcolm Cummings and Mike Tamarov was also very closely fought. In the opening set, Mike’s patience paid off and he won in a 10-12 tie-break. Malcolm stepped up a gear and with his deft touch and close to the table play, he took the next three sets 11-5, 11-9, 11-7 to progress through to the final with Chris Holland.

Both players in the final were focused on the win given that a few of the island’s top players were away for this tournament, this was an opportunity to claim a prize they could ordinarily just dream about. The first set was won by Malcolm 11-6 with his touch play, blocking skills and awareness, Chris was forced into making mistakes. In the second set things didn’t improve as Malcolm’s confidence around the table improved. In the Third set, Chris was much more focused and changed his tactics but is was just a little too late as Malcolm won the third set 11-8 and claimed the prestigious division one title.

Thank you to Kevin Drewry who organised this annual event and kept the games running to schedule and to all players who helped out with umpiring on Friday night.

To find out more about how to get involved with the IOM Table Tennis Association please visit:

For all of the latest results and league positions, visit: