MATCH REPORT - LEAGUE 2020-2021 - WEEK 3
Division One
Travellers A (7)  Copy Shop A (2)
There were some strong individual performances and surprising results in this heavyweight fixture from both A teams. Scott Lewis continued his unbeaten run and won a hat-trick, Marc Townsend and Liam Chan both secured two games for their seven points and the win for Travellers. Sean Drewry struggled to find his form in this match and won two games for Copy Shops two points.
Arbory (9) Peel A (0)

With some brave passages of play from the Peel team, taking four games to the fourth set and one game to the fifth, they were unfortunate not to come away with at least one point. Arbory secured this match with a whitewash, their team were Khayee Vinas, Mike Tamarov and Jason Quirk.

Ramsey A (9) Tower A (0)
With the exception of just two sets won by Tower and one set decided in a tie-break, this whitewash was executed with precision and ruthlessness by the Ramsey team. The team were Adam Teare, Chris Holland and Duncan Alexander.
Ramsey B (2) Strathallan (7)

Ramsey were unlucky not to come away with more points from this fixture, with three games settled in the fifth set, two games in the fourth set and four tie-break sets. Ramsey’s captain Tim Baker won two games and only dropped one set. Strathallan’s captain Julian Briercliffe won a hat-trick, Andrew Patterson and Wayne Taylor both won two games each.

Ramsey C (6) Tower B (3)
Tower’s experienced team were able to secure three points from this fixture, against one of Ramsey’s up and coming stars, William Dalugdugan. Rhys Yardley and Chris Holmes both won hat-tricks for Ramsey’s six points. For Tower, the experience came from Dario Mazzotta, Simon Radcliffe and Steve Curtis who all won one game each.
Division Two
Travellers B (10) Travellers D (0)
The scoreline of this derby fixture does not reflect the effort the Travellers D team put in to secure at least one game. They took the B team to two fifth set deciders, four fourth set deciders and to nine tie-break sets. The B team’s whitewash Wass secured by John Shooter, Nathan Evans and young William Shooter. Shooter Jr. and Evans paired up for the doubles win.
Copy Shop B (6) Copy Shop C (4)
This derby match was hard fought by two sides the were equally matched and could have easily been a different scoreline, with two fifth set deciders and eight tie break sets. For the B team, Sasha Thomas and Kevin Drewry won two games each and John Paul Banaag won one game, Drewry and Thomas paired up for the doubles win and their seven points. For the C team, it was Malcolm Lambert who put in a sterling performance to win a hat-trick without losing a set. Sonja Shaw won one game for their four valuable points.
Desmonds Douglas A (7) Ramsey D (3)
In this fixture, there were strong individual performances from both teams, with three fifth set deciders and three fourth set deciders. For Desmonds, Jim Travers secured a hat-trick, John Callow won two games and Russell Kent won one game. Travers and Kent paired up for the doubles win. Adrian Slater won two games for Ramsey and their third was won by young Charlie Callow.
Peel B (4)  Travellers C (6)
For a side weakened by placing a step-up player, Travellers punched above their weight to secure this valuable win from Peel. There were two fifth set deciders and five fourth set deciders. Stuart Perry won two games for Peel, Matty Evans and Maggie Mulhern both won one game each. For Travellers, Paul Mathieson-Nelson secured a hat-trick, David Buck won two and their partnership won the doubles.
Copy Shop D (0) Ramsey E (10)
There were some signs of resistance from this whitewash of Copy Shop, but the strength of the Ramsey team was too much for them to bear. The Ramsey team were Nathan Walker, Martyn Howard and Frank Feeney, Walker and Howard partnered up for the doubles win.
Division Three
Desmonds Douglas B (10)  Copy Shop E (0)

The experienced Desmonds Douglas, proved too much for the Copy Shop team and could not prevent their defeat, despite signs of resistance. Neil Ronan won a hat-trick for Desmonds, Peter Russell and Richard Hill won two games each and Ronan and Russell paired up for the doubles win. The resistance came from a committed Mike Levine who won two games without losing a set.

Peel C (8) Peel E (2)
This was a close derby match which could have ended up a lot closer, with two fifth set and five fourth set deciders, not to mention the four tie-break sets! Ronan Thompson won a hat-trick, Sam Preece and James Devereau won two games each and Thompson and Preece won the doubles for C's eight points. A much improved Miltos Proxatakis secured two games for E’s two points.
Tower C (10)  Ramsey G (0)
For this fixture, Ramsey’s G team were not available so played with three step-up players. Despite their efforts taking two games to fifth set deciders, the Ramsey team could not prevent their whitewash. Tower’s team were Mike Chapman, Dave Callow and Margaret Forsyth, Callow and Forsyth paired up for the doubles win.
Peel D (6) Ramsey F (4)

In this fixture, the teams were evenly matched and with two fifth set deciders, the scoreline could have been closer. Vlad Lannin won a hat-trick and Amit Lannin won two games for Peel. Amit Lannin and Bob Borland paired up to win the doubles. Ramsey’s Wilma Dalugdugan won two games and Francesca Lord won one game with a fourth set tie-break 11/13.

A great performance from the new Ballakermeen team considering this is only their third week of competition! Ramsey were unlucky not to take more games from this fixture with two games being settled in the fifth set. Ege Niyazi and JJ Griffin both won hat-tricks, Zac Colligon won two games and Griffin partnered with Niyazi to win the doubles.

For all of the latest results and league positions, visit  www.tabletennis365.com/IOM 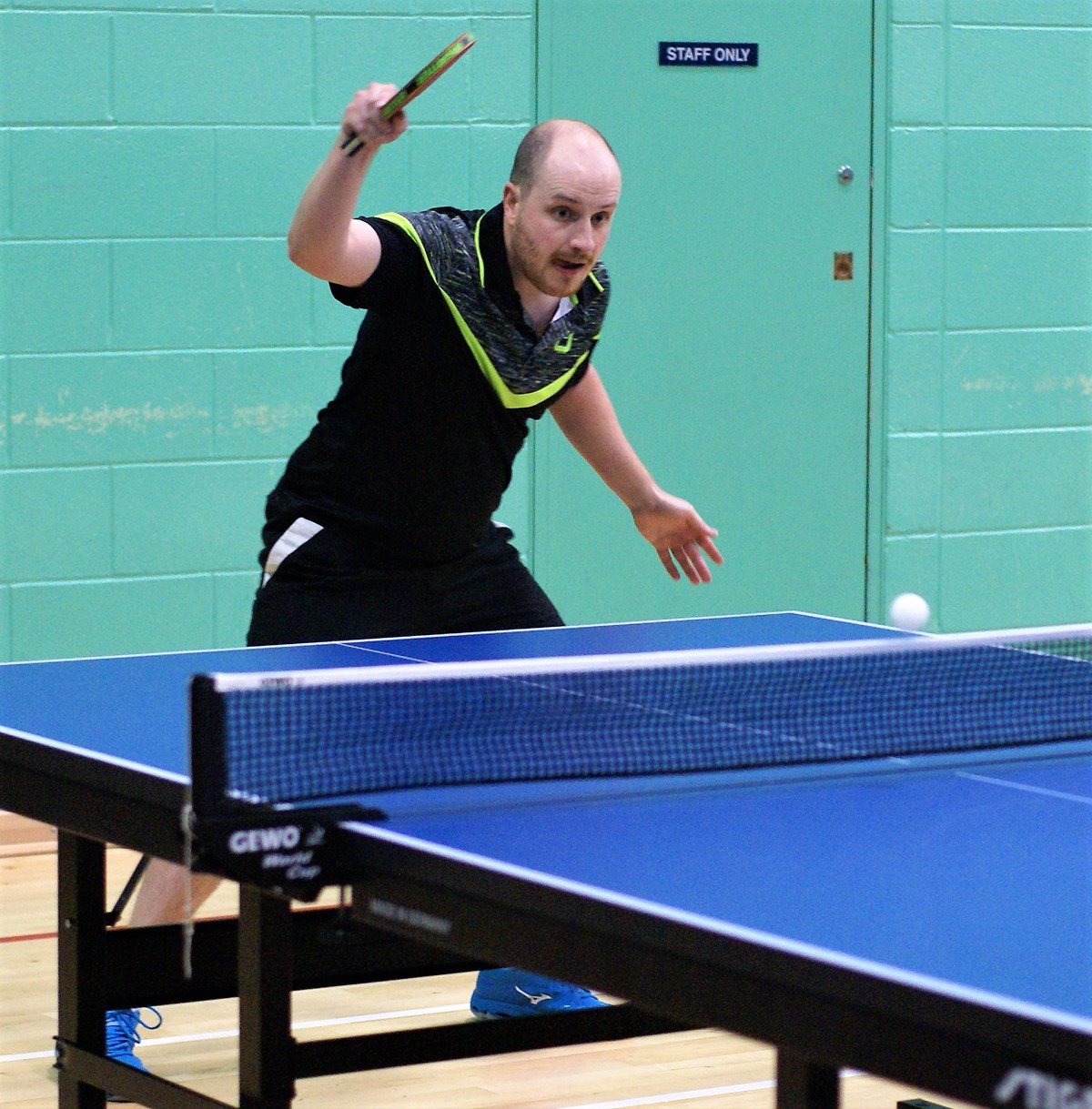 Island Championship runner-up Scott Lewis got his revenge by beating the new champion Sean Drewry 8/11, 11/9, 11/4, 11/5 in the league helping Travellers A to a 7-2 win over Copyshop A.