Our annual Fun Doubles event was played at the National Sports Centre on 27th October 2020. Fifty six players entered the event, with play being organised into four groups of seven partners, but due to a couple of no shows one group was reduced to six pairs.

As per tradition, players were allocated partners by the organiser who allocated each player with a partner from a diametrically opposed division, giving every player the opportunity to compete with and against players they would not ordinarily meet in our regular league competition.

The format was decided to be the best of three sets, which produced some close fought and hotly contested games. The winners and runner ups of each initial first round groups were:

Group A: The winners were Chris Holland and his son Ryan, who won all six of their matches. The runners up were John Shooter who, back from retirement to play league table tennis again, was partnered with Bob Borland and won four of their matches.

Group B:  Both winners and runners up won five of their matches but after a count back, Nathan Walker and David Parsons took the winning spot, leaving Khayee Vinas and Roland Bouchat as runners up.

Group C:  The winners of this group were Wayne Taylor and partner junior newcomer Ege Niyazi, who won five of their six games, the runners up were Marc Townsend and Liam Bibby who won four of their games.

Group D: The winners were Maggie Mulhern and Sam Preece, who won all their games with Steve Curtis and Frank Feeney as runners up.

Marc Townsend and Liam Bibby proved to be too strong for Maggie Mulhern and Sam Preece and beat them 11/8 11/5.

Wayne Taylor and Ege Niyazi just edged out over Steve Curtis and Frank Feeney in a passionate three set match coming through to win with a score of 11/9 9/11 11/7.

The first semi final was a close match, David Parson and Nathan Walker traded service gains with their advisories Wayne Taylor and Ege Niyazi and oozed to victory in two sets to win 11/9 11/9

The second semi-final between Chris and Ryan Holland versus Marc Townsend and Liam Bibby was an even closer affair, with Marc and Liam grinding out the points to come out winners 11/5 10/12 11/8.

The final match was a straight sets win for Nathan Walker and David Parsons over Marc Townsend and Liam Bibby who won 11/7 11/8.

May we extend our thanks to all players who entered and hopefully a fun fun fun evening was had by all, even with the euphoria of intermittent enthusiastic shouts of victory and occasional ball breaking from some of our more impassioned and competitive players.

Our next Tournament is the Divisional Championships being held at the end of November. 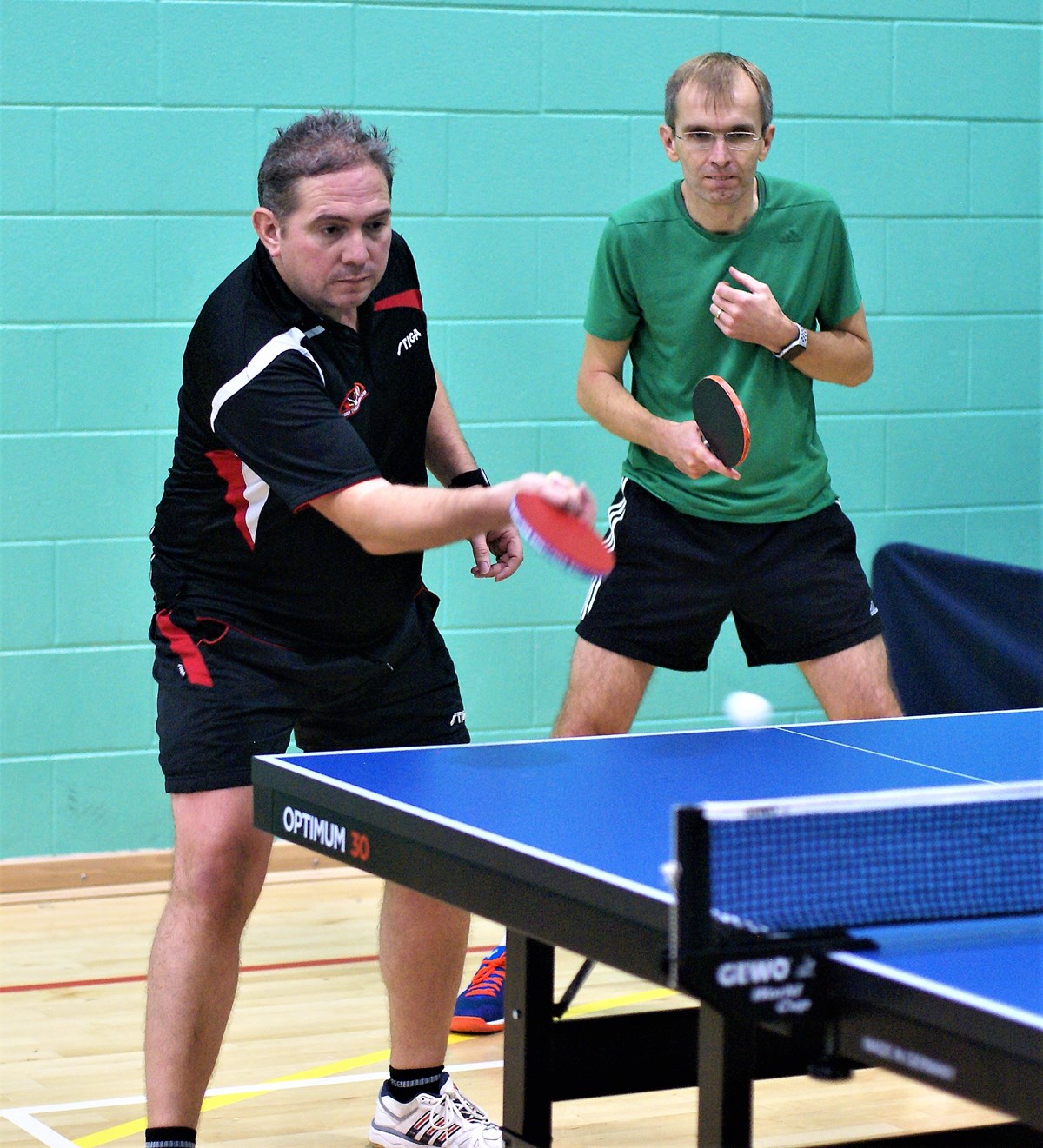