A Junior tournament and coaching workshop was run for 25 students at Kirkby Stephen Grammar School Gym on Sunday 8th March - the last of the season.

An early close to an exciting Junior Season

The day attracted 25 junior players from as far a field as Whitehaven to Bishop Auckland, with three lead coaches delivering the event.  Grateful thanks to Mike Sunderland and Brian Allison - KS TT Club - and Nik Smith from Whitehaven Youth Project.

The mixed ability players were grouped into experience squads - A,B,C - and the focus for the morning was skills sessions to develop serves, forehand attack and topspin backhand, where all the juniors showed great determination to learn new techniques and improve their strokes/shots.

By the afternoon the players were all keen to start the competition and after some group rearranging the tournament began.  The standard of play was excellent and outstanding examples of sportsmanship were shown by all players.

The support of the parents and coaches was invaluable, (as they drank tea and coffee) and watched from the side lines, watching the juniors referee and score all their tournament matches - each match being made up of three games against other players within their group.

The results were as below, with medals and trophies presented at the end of the day.

Picture 1 = the A group with senior players 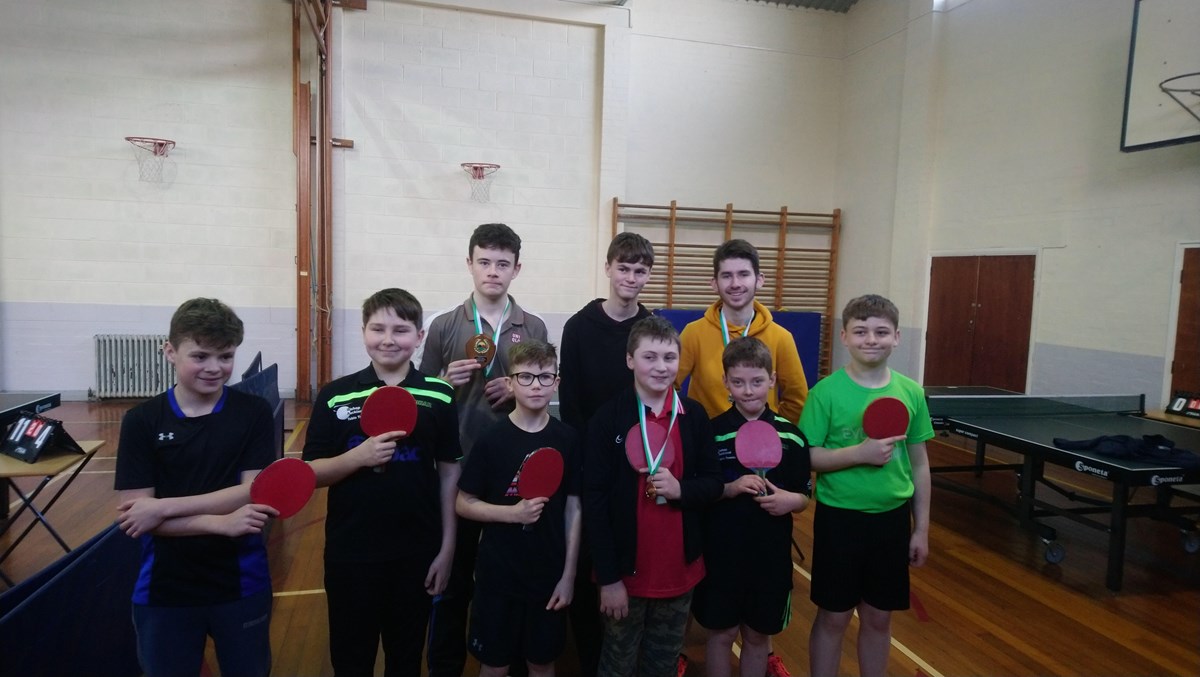 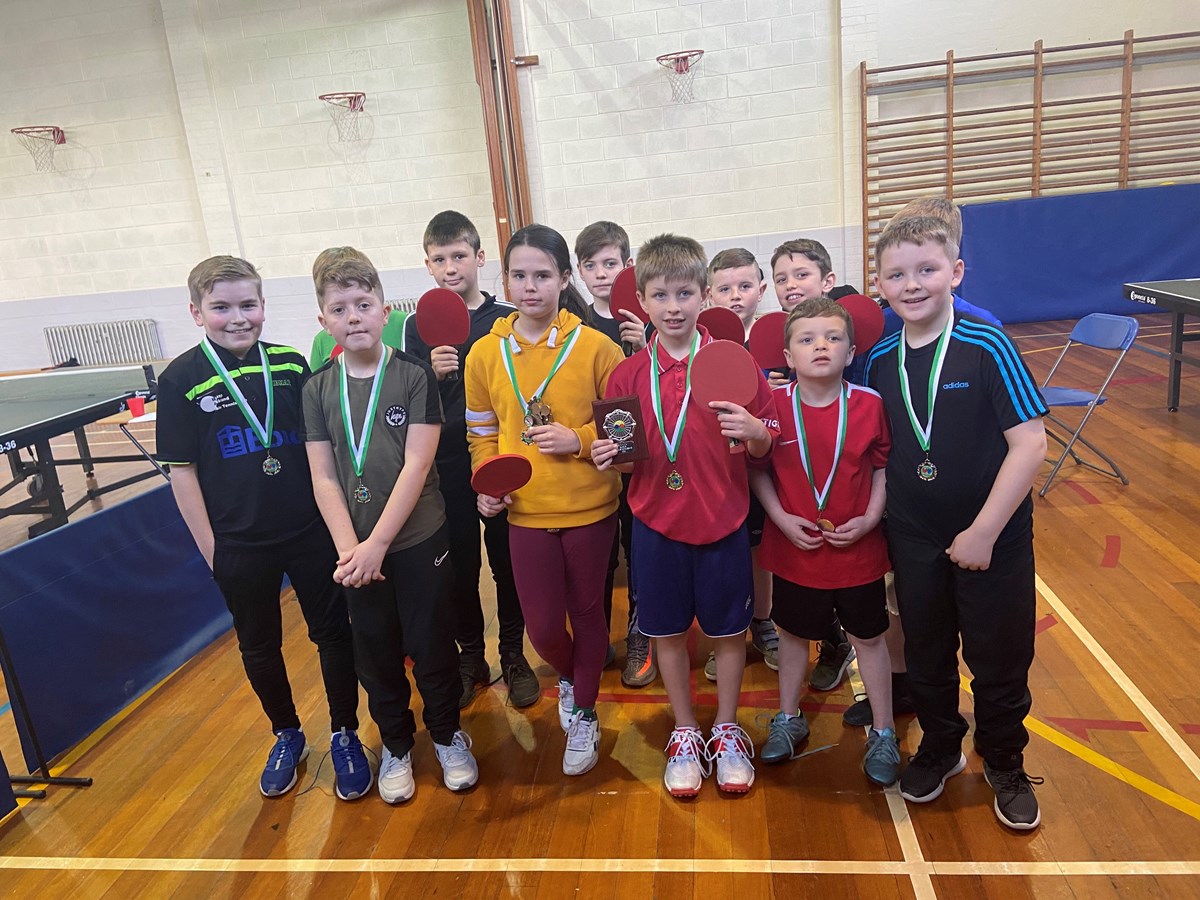 The league was founded in the early 1970s and it now has 3 divisions comprised of 9 clubs producing around 30 teams as well as 3 divisions for juniors.  The league is centred on Kendal but has members ranged as far apart as Kirkby Stephen to the east and Barrow to the west.