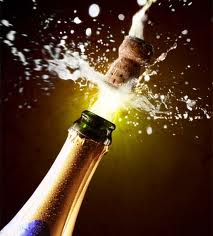 MAY 20 2012 - This afternoon, Kingfisher capped a wonderful season by winning promotion to the UK's most prestigious competition, the British League Premier Division.

Competing in the six team Play-Offs at the Ormesby Club in Middlesbrough, we had to finish in the top two places in order to gain promotion.  We achieved it ... but only just!

Entering the final round of matches in third place, we had to produce a sensational performance in what was undoubtedly the biggest game of the weekend. By beating Derwent 6-2 we leap-frogged above them to gain promotion on games difference.

Beat BATTS 7-1  Wiktor Dzonkowski, Daniel O’Connell and Conor Edwards all won twice.  We prevailed in three of the four five-setters.  Lloyd Gregory gave us a winning start by beating Jimmy Walsh whilst Conor Edwards played his part by defeating Tony West and Daniel O’Connell came though in five ends against Jimmy Walsh.  It was Conor whose win against Tony West that really caught the eye.  It earned him the Player of the Match Award with the comments – “he never stopped believing “. The still-improving Martin Kubrt, who scored a superb 22/28 wins over the Season was BATTS’s only winner, fighting back from 2-0 down to defeat Lloyd.

Drew with Ormesby 4-4  Our hero was 25 year-old Wiktor Dzwonkowski (formerly ranked no. 70 in Poland and now ranked no. five in Wales) who made it four wins out of four to go with his 16 successes out of 20 over the course of the Season.  The ultra consistent top-spinner – Dzwonkowski excelled by beating England no. 21 Michael Marsden and England no. 45 Simon Noutch.  Conor Edwards sealed the point for us by getting the better of England no. four lady Karina Le Fevre. Yongbo Zhang again won twice for the Middlesbrough giants by defeating both Lloyd and Daniel.

Lost to Halton 5-3  We lost to Halton even though Wiktor retained his undefeated record with four games successes against both Tomasz Rzeszotko and Michael Moir.  Richard Lightowler excelled for Halton by getting the better of Lloyd and Daniel.  Chris Clinton sealed what could have been a serious loss by beating Conor in the final match.

Drew 4-4 with York Gardens  York Gardens excelled to hold us to a draw and came pretty close to taking both points.  England no. 19 Junior Reece Placid turned on the style by winning both of his singles. He defeated Myles Collins and, in his second singles encounter, produced some sparkling table tennis to beat Wiktor Dzwonkowski – Wiktor’s first defeat of the weekend.  The turning point was in the third end when Reece retrieved a 10-7 deficit to take the game. Wiktor didn’t give in without a fight but Reece held on to win an enthralling battle.  We were in trouble and it was a very relieved Myles who held on to beat England no. 38 Junior Joseph Langham-Ferreira to level the scores at 4-4.

Beat Derwent 6-2  All four Kingfisher players contributed to what was a memorable success.  Wiktor Dzwonkowski played his part by beating Stephen Horsfield and then, very crucially, he also beat England no. 56 Matt Dodds decisively in his second singles to give Kingfisher a 4-1 lead.  A draw would not have been enough for us but the team did not have to wait long.  Myles Collins sealed our victory with his second win of the match when he beat Stephen Horsfield. We were in dreamland!   Daniel O‘Connell who had previously lost to Matt Dodds in five ends made the score 6-1 by beating Mark Short.  Conor lost the last game to Richard Smith but he too had played his part - his 3-2 victory over Mark Short had given us a very important 3-1 lead.

Full details of our season (tables, averages, scorecards etc.) can now be found on the Senior British League website HERE

The 'Kingfisher Player Of The Season' was undoubtably Wiktor Dzwonkowski    - his 80% win record earlier in the season was backed up by him winning 9 of his 10 matches at the play-offs.

Although not competing this weekend, we should also recognise that Charlotte Carey, Martin Chodounsky and Dean Cundy have all played their part in our success with valuable contributions - without any of these we wouldn’t have made it.