At this year's AGM Peter Charters announced that - following in the footsteps of Tom Maynard, Richard Andrews and, most recently, Maria Tsaptsinos - Isaac Farnworth had won the Most Improved Player Award for 2011/12. 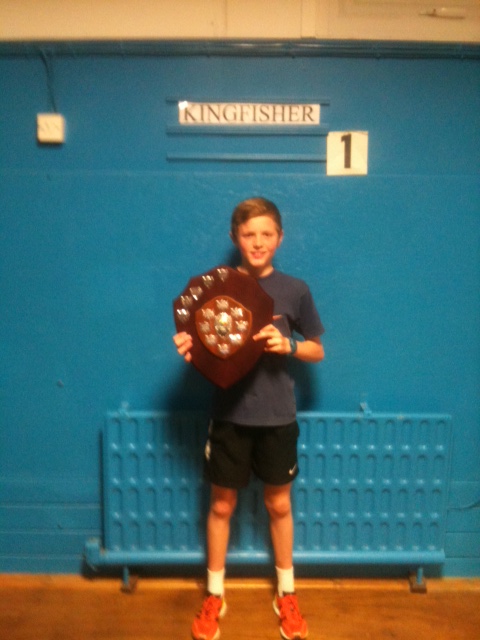 13-year old Isaac, a student at Maiden Erlegh School joined Kingfisher two years ago where his first coach was Allan Bruton.   A talented player who trains really hard, Isaac has improved by leaps and bounds over the past year: 12-months ago he won the club junior championships, last season he represented Kingfisher in the Reading Youth League and, for next season, he'll gain match experience as part of our squad for the British Junior League.

Three words that immediately spring to mind when describing Isaac are effort, persistence and fitness.  It's not suprising therefore that, although a fast improving table tennis  player, Isaac is also a very talented athlete and one of the best 1500m runners in Berkshire.