March 1st 2013, Sheffied: Kingfisher's Richard Andrews made the final but was unfortunate in just failing to win a national title.

Beating Laurence Sweeney, Danny Basterfield and Lewis Gray en route to the final of the Under-21 Mens Singles at the National Championships, Richard eventually lost 12-10 in the fifth and deciding game to English Junior no. 1, Sam Walker.

In an exciting final full of quality table tennis, powerful hitting, counter-hitting and lob defending, determination and passion it was the junior who sneaked in to take the title.  Although Richard held match point at 10-9 in the fifth set, on his own service, he saw Walker get a net cord to level the score then take the next two points with fantastic rallies that brought the house down. 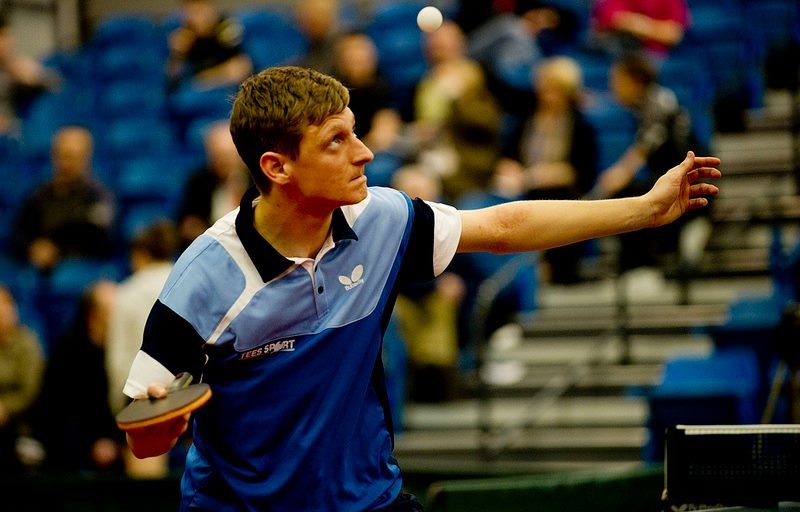 Richard in action in Sheffield