Maria is the Champion of England, again.

Maria was seeded two behind Tin Tin but repeated her performance from last year with another hard fought encounter. At two games all, the battling Abbey School girl pulled away in the decider to take the title 11-7 in the final game.

This result for Maria is all the more remarkable because over the last year, Tin Tin has achieved so much at international level table tennis including being an important part of England’s team to the Commonwealth Games in Glasgow, winning silver medal in the Mixed Doubles.  She has been involved in other World and European senior and junior competitions, coming fifth in the European Top 10 tournament.

Maria’s success is a just reward for the intensity of her training over the last six months at her club Kingfisher in Woodley. She has worked hard to improve and trains with the top senior men players at the club. Her energy and competitive spirit ensures that all who face her in training will have to respond with the same work ethic.

One of her practice partners is a junior who is a member of Kingfishers Senior British league team who compete in the Premier Division. Marcus Giles also had an outstanding weekend in Preston. Marcus trains at least twice a week at Kingfisher. His attack on the junior boy’s title from a ranking position of number six in the country, meant he needed to defeat at least two players ranked above him to get to the final. This he did with victories over both Luke Savill from Kent and the highly rated Tom Jarvis from Lincolnshire.  In the final he came up against the number one seed and holder of the title Helshan Weersinghe, again from Kent. A further shock looked on the cards as Marcus took the first game 11-7 but Weersinghe is an experienced campaigner and clawed his way back to retain his title 3-1.

Both Kingfisher players did themselves and the club proud at the weekend. 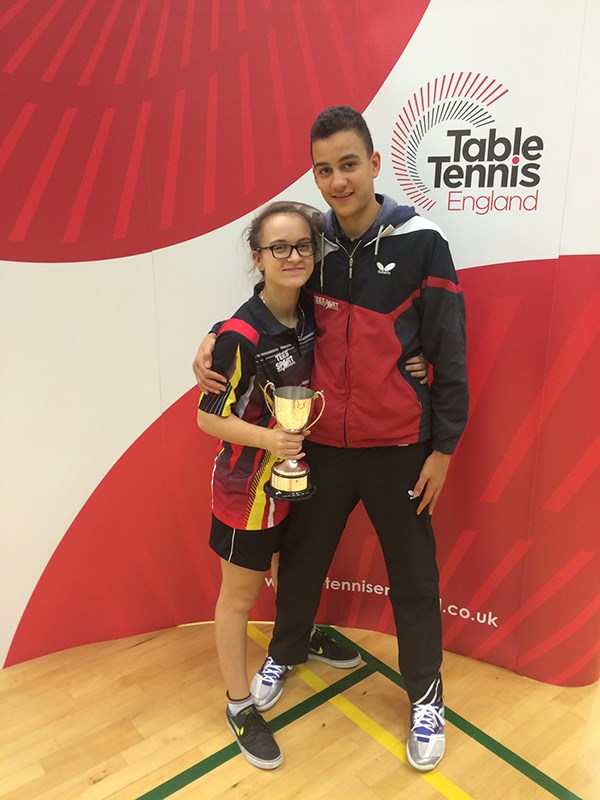