The third Grand Prix in our series again saw a strong entry resulting in a second consecutive win for Daniel McTiernan when he beat first time entrant Ian Girdler 3-1. Having gone 2-0 down, Ian came back strongly to take the third but his efforts just fell short when he lost the fourth game at deuce to prevent what could have been an interesting fifth.

New member and hard bat specialist Martin Gunn on his first appearance received a tough draw in the preliminary round coming up against fifth placed Yeqin Zeng. A classic encounter saw Yeqin eventually scrape through 8-11, 11-9, 11-9, 8-11, 13-11. Yeqin however met his match in the next round when losing out to favourite Daniel McTiernan in three tight games. David Joyce also showed his current good form at the preliminary stage taking a game from Ian Girdler in a 3-1 defeat.

Tournament leaders Hari Gehlot and Daniel McTiernan were drawn against each other in the quarter finals meaning one of them would have a chance to open or close the gap on the other if progressing through. That was to be Daniel 3-1 after losing a tight first game and he now stands just 27 points behind Hari at the top of the table.

In the semi-finals Daniel and Ian had comfortable wins to ease through to the final. 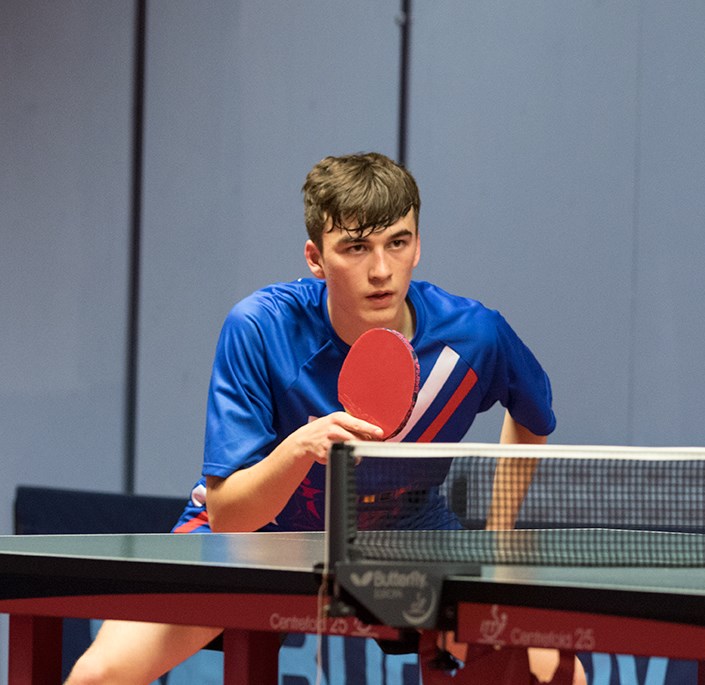 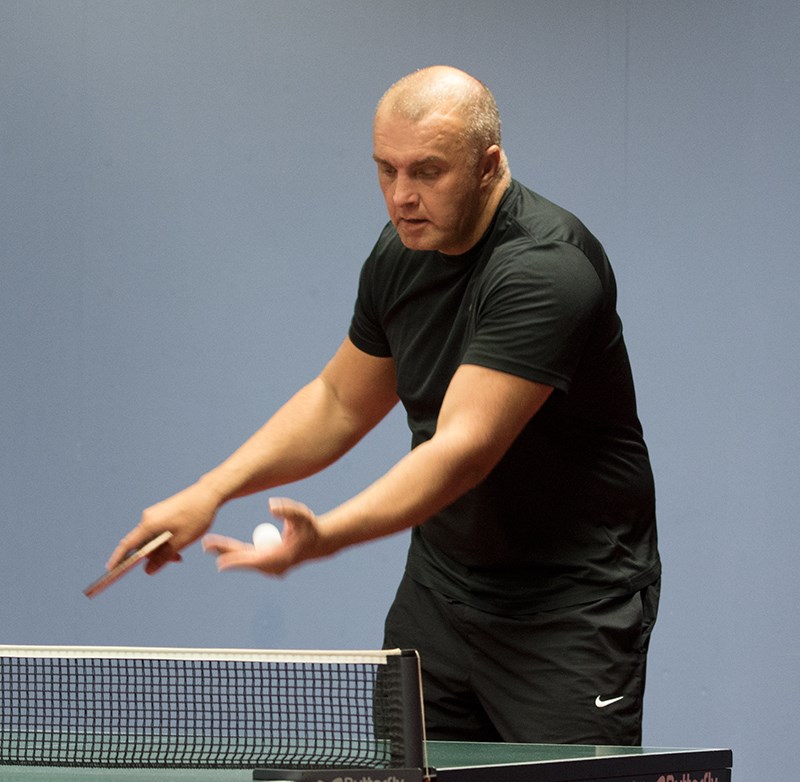