After losing out to Yeqin Zeng in the first round, Steve Miller drew umpire duty for the match between Trevor Organ and Luca Bianchi that produced some very long rallies, and the inevitable murmurs of 'expedite' from some of the waiting players. Luca was two games up (11-6, 11-7) and Trevor battled for the third game. It reached deuce, and Luca managed to win 12-10, at which point Steve leapt up in jubilation, appearing to be even happier than Luca, who had just won the match!

This week Martin Gunn had a good run in the main event, beating Ed Caliman and then Richard Rosinski, to line up a quarter final place against Yeqin Zeng. This produced a very close match, which Martin won 11-7 in the 5th. He then faced a determined Federico Viterbo in the semi-final, losing the first end 12-10 and taking ends 2 and 3 11-9, 11-7. Federico pulled back the 4th 11-7 and then took the 5th 11-8 to secure his place in the final.

Ian Girdler had a bye through round 1, and met Joshua Gallen in the last 16. A close match ensued, with Ian taking the first game 12-10 and Joshua taking the second game 13-11. Ian came back to take the third end 11-5 and Joshua answered him with 11-7 in the 4th. The final set finshed up 14-12 in Joshua's favour and he then went on to face Hari Gehlot who had already seen off Dave Duncan and Colin Dyke in two straight 3-set matches.

Ian Girdler worked his way steadily through the consolation rounds to the final with two straight 3-set match wins over Rick Leachman and Ed Caliman and a 5-set match with David Joyce. In only his second grand prix week, Harry Munro once again made it to the consolation final, taking out Yonatan Slobodskoy and Joe Barraclough in two close 5-set matches, and Steve Miller in a 3-set match. In the final he couldn't quite keep up the momentum, and lost out to Ian in 3-sets: 11-8, 11-9, 11-4, but overall another good performance, and definitely a player to watch in the upcoming season.

Grand Prix No 10 concluded just before midnight with a hard fought battle between Hari Gehlot and team-mate Federico Viterbo for the top slot, which Hari managed to clinch 11-9 in the fifth set.

Humidity in the hall was high, owing to the damp English summer weather outside, and this did seem to have an effect on the new plastic ball. Earlier in the evening, Hari found this to his advantage in his semi-final match with Daniel Moses, as he was able to block, and Daniel wasn't able to get as much spin on the ball as he might have wanted.

Durability of the new ball is still questionable, with 7 balls being broken during the evening.

In the overall standings, Ian remains at the top of the table, but Hari has eaten into his lead by about half, reducing the gap from 89.5 points to just 44.5 points. Martin Gunn remains in 3rd place, increasing his lead over Yeqin Zeng to 56 points. Daniel Moses still lurks in 5th place, and has narrowed the gap between him and Yeqin to just 31 points.

With two rounds left, and the final being a 'double-points' tournament, it's shaping up to be an interesting finish! 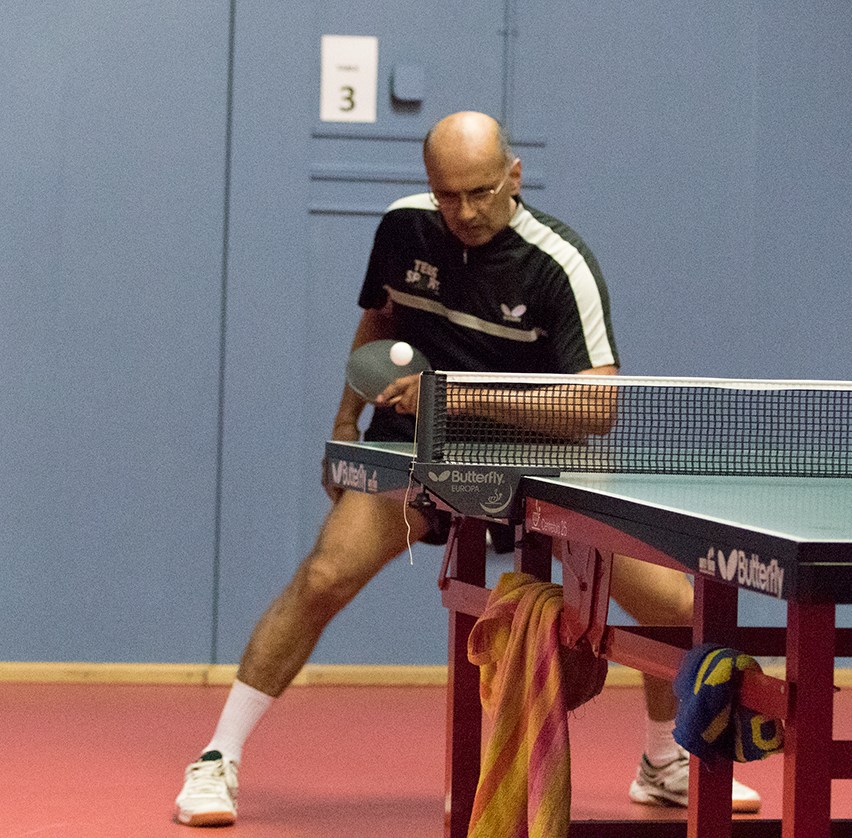 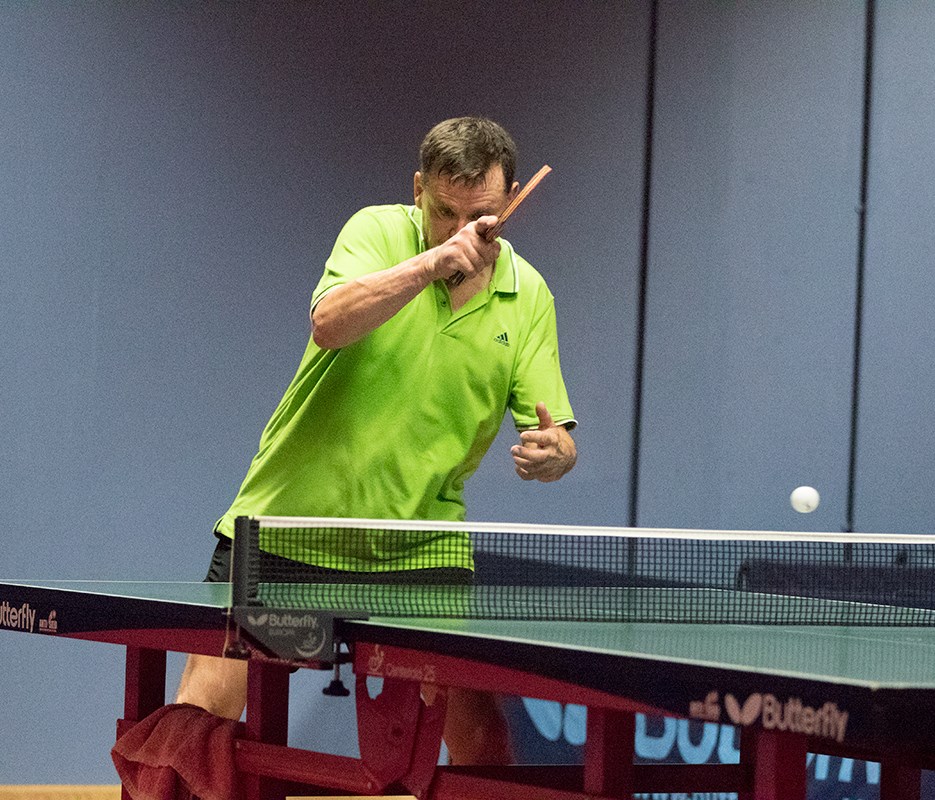 Please note that from 20th July, all competitions at Kingfisher, including the remaining Grand Prix rounds 11 and 12, will be played with the new plastic balls.