Things were hotting up this week, both in the competition and in the hall with the outside temperature hitting 26 degrees. Some familiar faces were missing (Hari, Hari and Daniel McTiernan) but some new ones showed up in the form of hard hitting Henryk Ciechanowicz, and spinner Grant Wheatley.

An epic 5-set smash-battle between Roger Woolven-Allen and Trevor Organ, with both players using every inch of the available court, finished with a standing ovation from the audience both in the playing area and the social area.

In the main event, in a keenly contested quarter final, Ian Girdler took the first two games over Krassi, who then got into his groove to win the next two games. The match saw some excellent table tennis between the pair with rapid counter-topspin rallies using every inch of the table. Ian regained the upper hand and finished 11-9 in the fifth.

It's all change at the top of the table, with Ian Girdler edging Hari Gehlot into second place and Yeqin Zeng climbing back up to third. Daniel Moses currently sits in 13th place, after playing only 2 events, but is definitely one to watch out for. 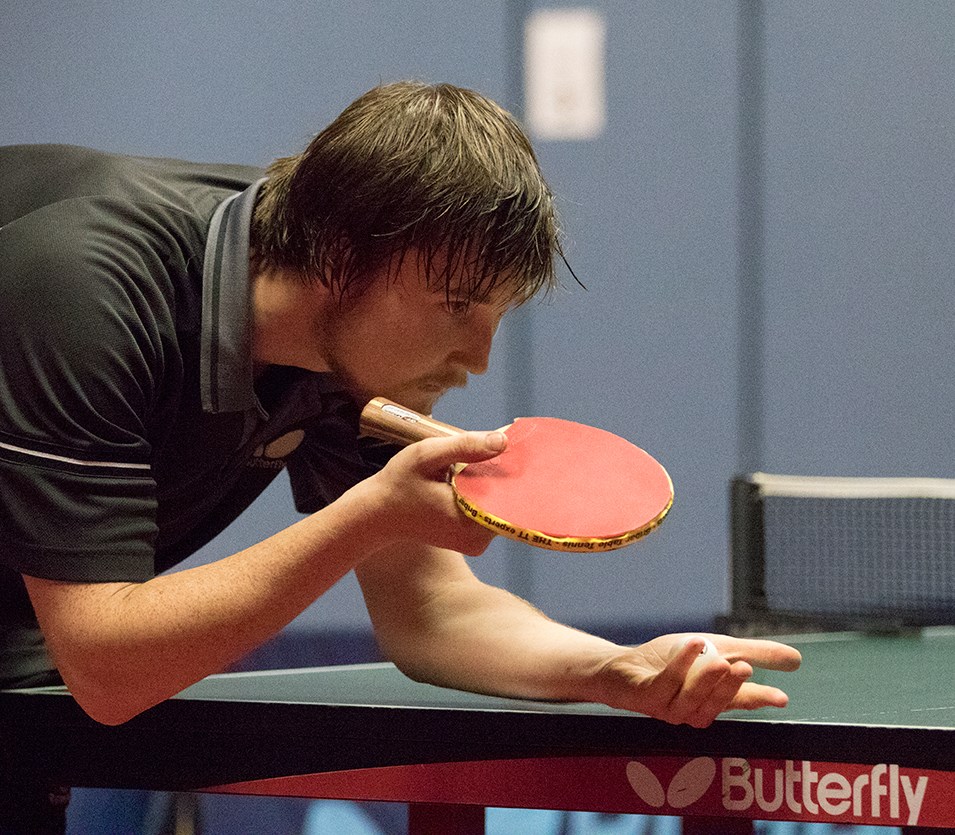 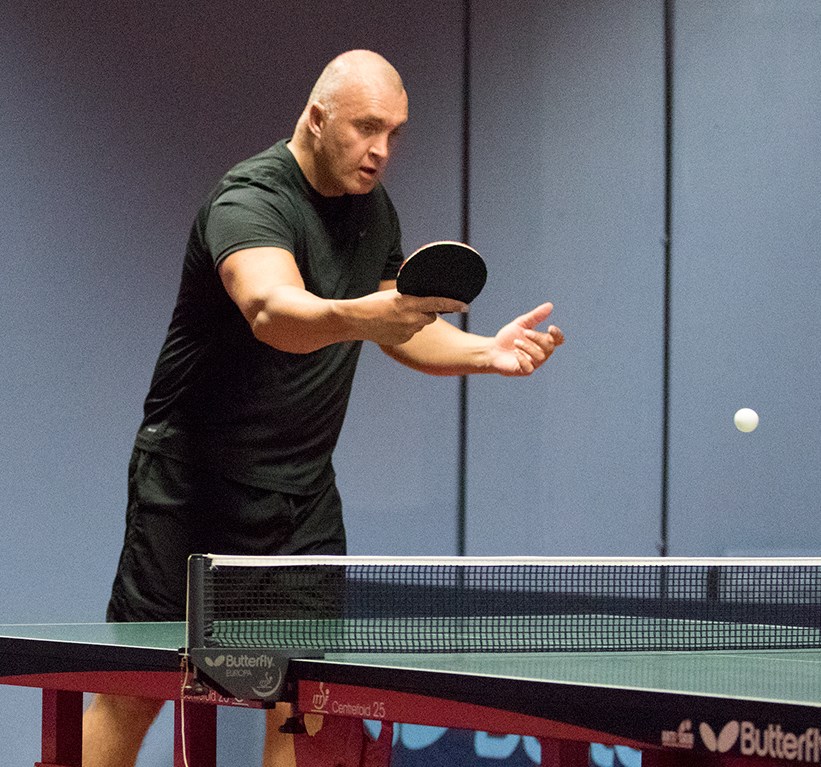