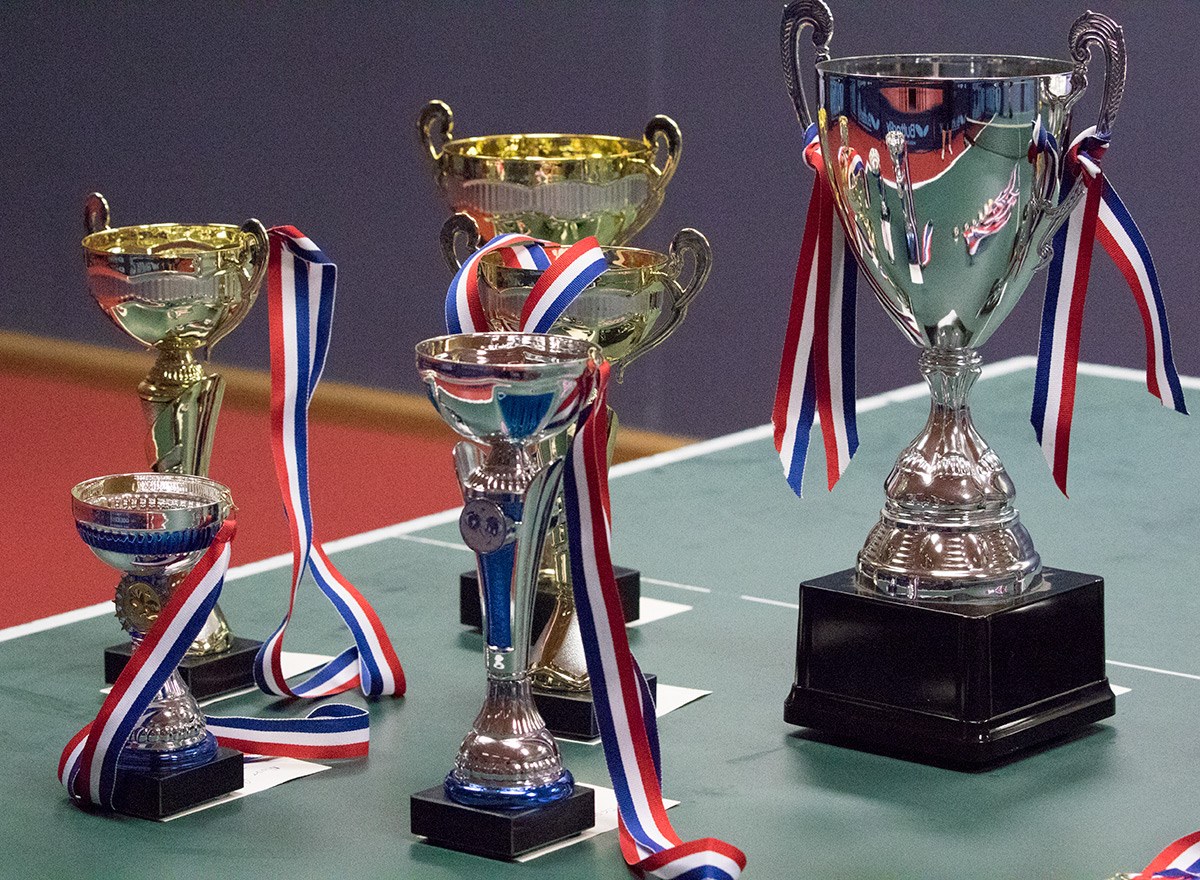 Week 12 and it seems like a very short time since we started our Grand Prix 2015 series, but here we are, already on Finals Night! Not surprisingly there was a good turnout for this round, with the top 4 contending players on the leaderboard all in attendance. Even though it was the last in the series, we still had a couple of new faces - Liam McTiernan finally making his 2015 debut along with new club members, Robert Gladstone and Mihajlo Raljic.

Grant Wheatley had a very close match with division 1 player Stuart Williams in the first round. Stuart took the first end 11-9. Grant took the next 12-10. Stuart answered this with 11-4 but Grant came back with his own 11-4 reply. A very close 5th end resulted in a 12-10 win for Stuart.

The last 16 saw an epic match take place between Liam McTiernan and Martin Adams. Martin started strongly and went 2-games up and was close to making it 3, but Liam wasn’t going to let it go that easily and came back to take the third 11-7, the 4th 11-9 and the final end 11-6.

The main event semi-final match between Daniel Moses and Ian Girdler saw some brilliant counter-topspin play between the pair. In the first game it was neck and neck most of the way. Then Daniel really got into his stride, making some incredible retrievals including a superb rally which concluded with a fantastic ‘round the net’ shot that had to be seen to be believed. 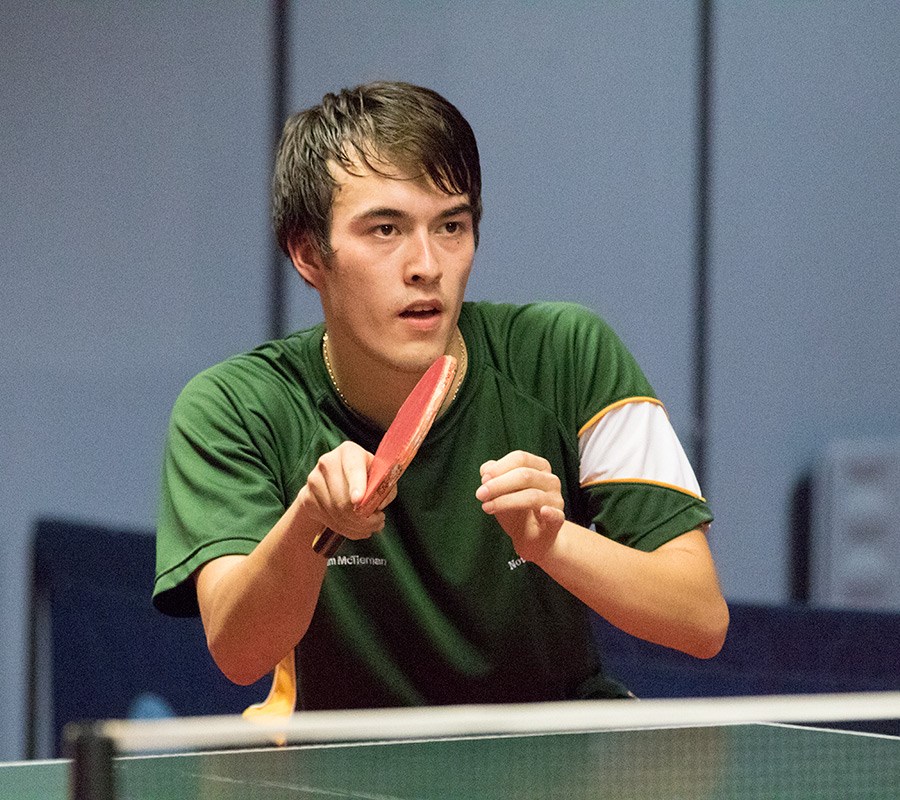 In the main event with Martin Gunn having taken out Hari in the quarter final and Ian Girdler taken out by Daniel Moses in the Semi-final, Martin Gunn faced Liam Mctiernan in the other Semi-final. The first two ends were very close, with Liam just taking them both 12-10. Martin answered back with 11-7 in the third end. The 4th end saw another extremely close game, with Liam eventually taking it 13-11 to book his place with Daniel Moses in the final, which he won in 3 games - 11-8, 11-7, 11-9. 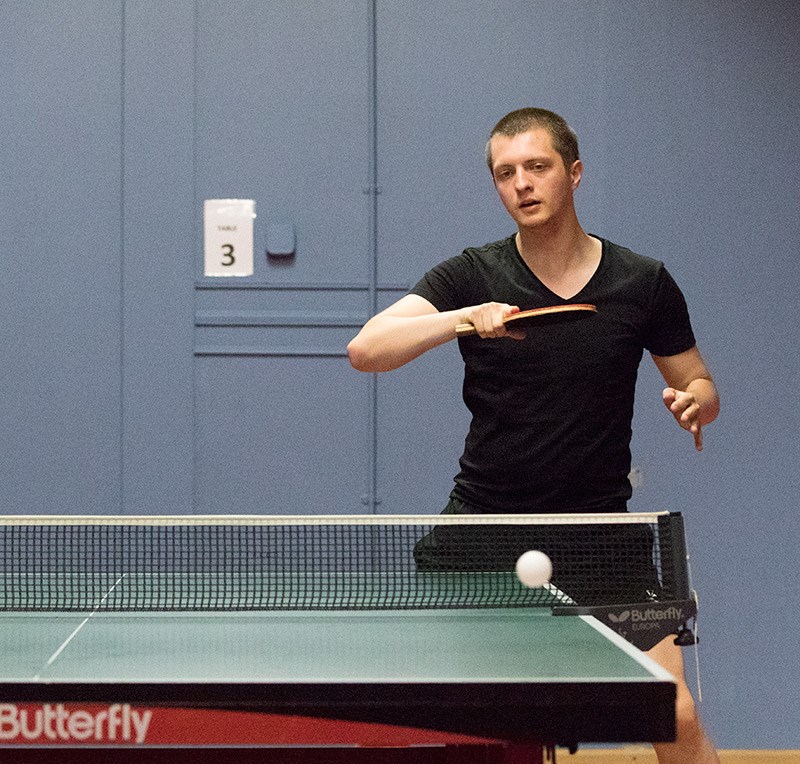 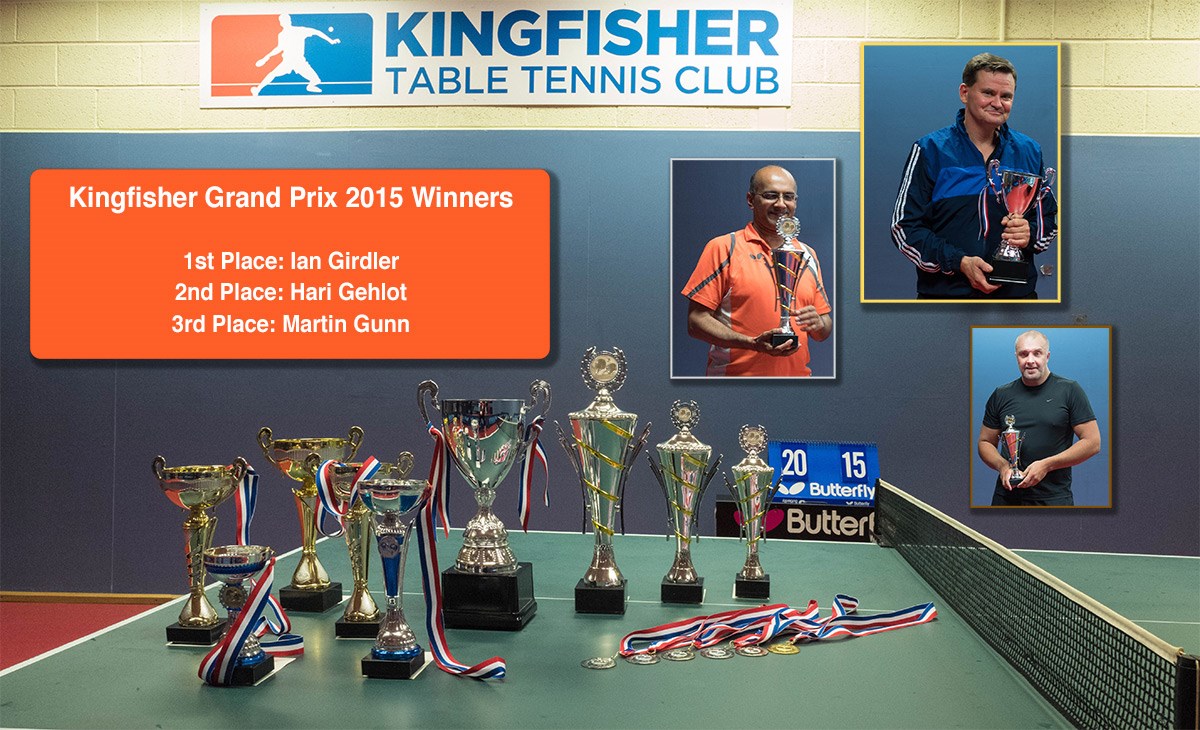 ·      A big Thank you to Grand Prix hosts Wendy Porter and Andrew Parker for all their hard work organising and running the event again this year.
·      Thank you to Andy Yon for sponsoring and organising the trophies and medals.
·      To Roger Woolven-Allen, Colin Dyke and Gwynne Penny for producing weekly ranking list and event reports and accompanying photographs.
·      Finally, thank you to all the Kingfisher players who have taken part and made it another great Grand Prix, with an excellent standard of play.
·      Good luck to everyone in the upcoming season! 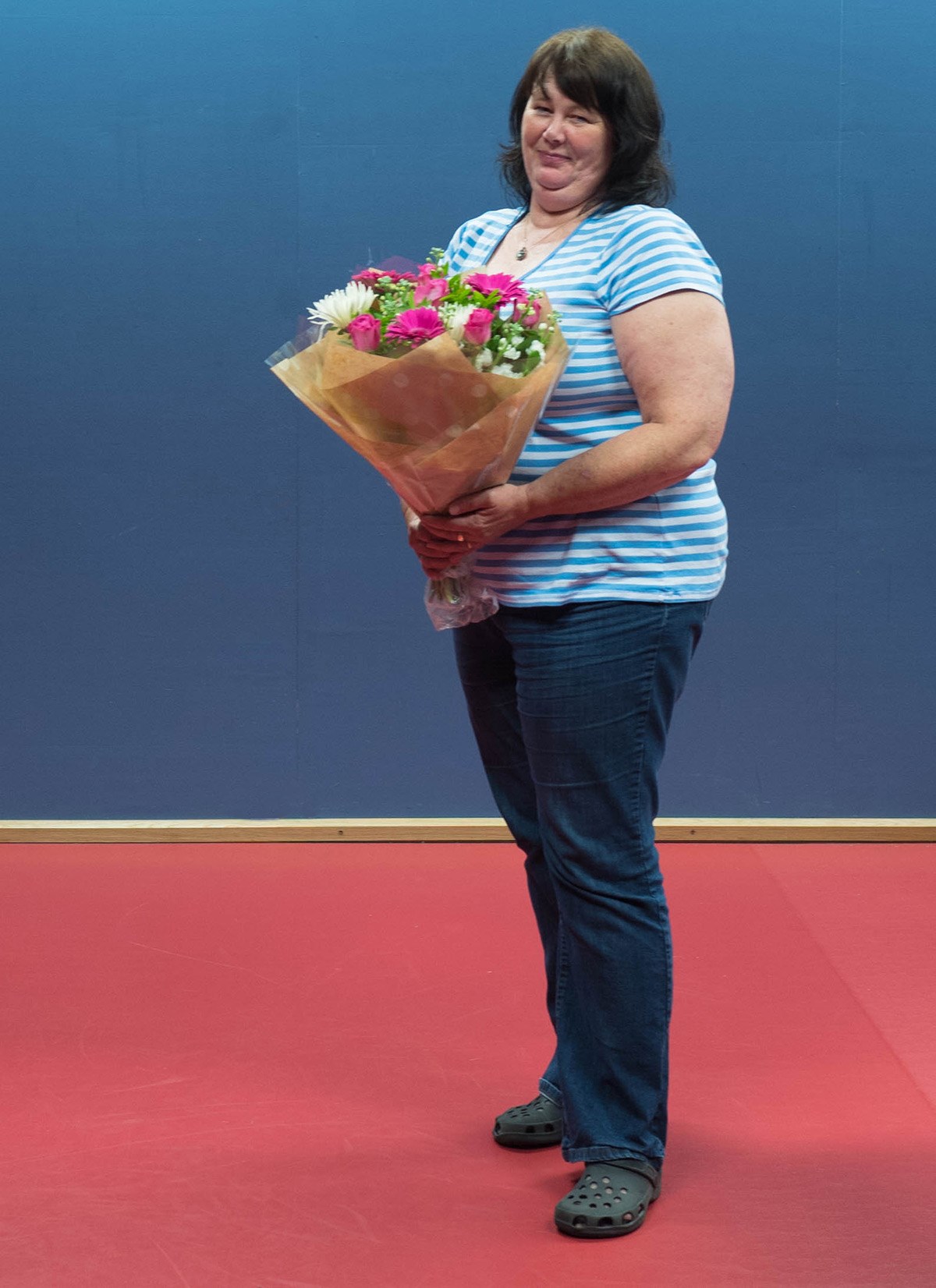 ·      Player who scored the most points with the least attendance: Liam McTiernan 1/224