Week 3 of the Kingfisher Grand Prix and things are already hotting up with 18 entrants which included a returning Martin Gunn and first appearance by Robert Gladstone.

In the last 16, Robert Gladstone and Joe Barraclough (who regularly train together) battled it out to a 5-setter of close matches, with Rob clinching victory in the 5th 11-8.  This put him into the quarter finals up against Daniel Moses who put an end to his first Grand Prix run in 3 games (11-4, 11-8, 11-5).

After last weeks’ defeat in the final, Martin Adams was determined for a better result when he met Daniel Moses in the Semi-Final.  Martin took the first end 11-5, Daniel came back to take the next 11-5.  Martin replied with another 11-5.  Daniel then took the next game 11-8, setting things up for an exciting 5th set, which Martin won 11-9.

Meanwhile, Martin Gunn saw off Sagar Sawant and Mark Banks in 3 straight before meeting Harry Munro in the semi-final, which saw Harry put up a good fight in the third game, (11-9) to push it to 4.  This week Martin was equipped with both hard bat and reverse rubber blades, starting the evening  knocking up with reverse but switching back to hard bat by the time he met Martin Adams in the final.

Martin Adams, fresh from taking out Daniel Moses was on fighting form and marched on through the final against Martin Gunn, taking the Main Event win in 3 sets, 11-8, 11-7, 11-8.

In the consolation event all of the matches were decided in 3 sets, apart from the semi final between Ian Cole and Trung Tran which went to 5 and brought the watching crowd some great fast counter-topspin exchanges with both players using all of the available court.  In the 5th end, after battling hard, Trung’s determination paid off and he secured his place in the consolation final with an 11-2 win.

Daniel Moses continues to lead the series with 331 points, 96 ahead of Martin Adams who has now overtaken Mark Banks  (193).  Martin Gunn moves up into 4th position on 164 points and Trung Tran’s victory in the consolation brings him into the top 5. 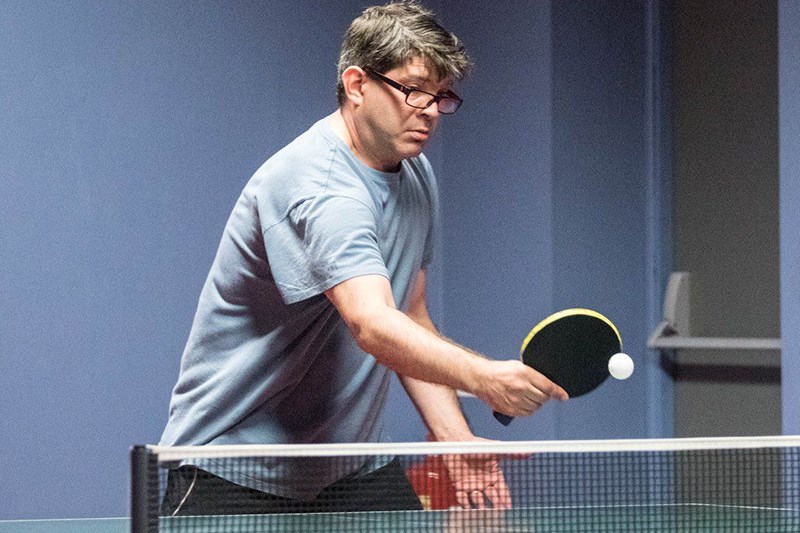 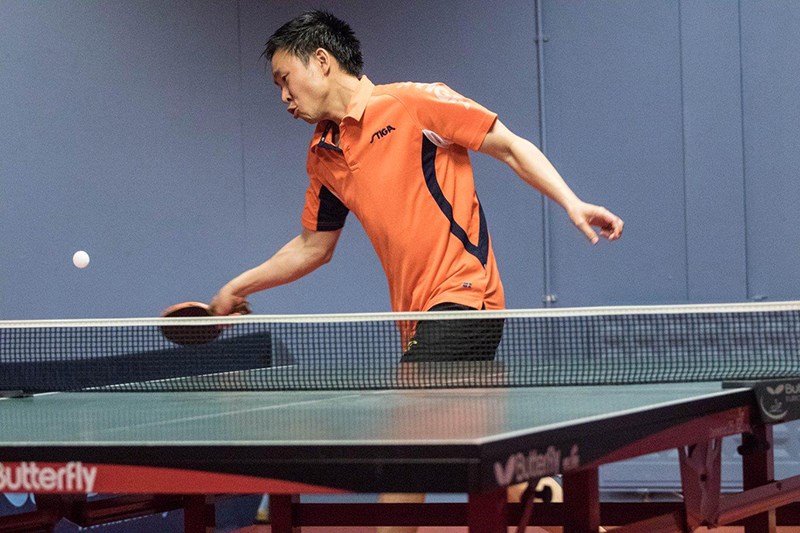