Week 10 brought a heatwave with the thermometer exceeding 30 degrees centigrade, so no real surprise that we only had 16 entrants for the Grand Prix.

In the quarter finals, Tony Reynolds had a close game with Yonatan Slobodskoy.  Tony took the first leg 11-7 and Yonatan answered by taking the second 11-7.  The third leg went in Tony’s favour, 11-8.  Yonatan wasn’t quite able to clinch the 4th which went for Tony 11-7.  Tony then had a very tough draw against Daniel Moses in the Semi-Final.  He put up a good fight, taking the second leg 18-16 but Daniel sealed it in the 4th, 11-8 to book his place in the final.

Meanwhile, Martin Adams had a clean run through to the final winning all his matches in 3 sets.  Joe Barraclough had some great rallies with him but wasn’t able to secure the points he needed for a win.  Trung Tran managed to get to deuce with Martin the quarter finals first leg but then went out 6-11, 6-11.  Elson Costa also managed to take one leg to deuce with Martin but lost it 12-10 in the third.

The final showdown, between Daniel Moses and Martin Adams, which is the 4th time that they have contested the main event final in this series, Daniel took the first leg 11-9.  Martin took the second 11-4.  Daniel replied with 11-5 and then denied Martin a 5th set by closing out the 4th leg 11-8.

In the Consolation round, Grand Prix Host Rick Leachman and assistant Gwynne both made it to the Semi-finals.  Rick clocked up another good win over Trevor Organ – in 4 sets - and Gwynne managed her first match win of the series over Joe Barraclough in 3 sets.  Trevor then went on to face Dmitry Khakhamov in the semi-final and managed to take the third leg 11-6, but Dmitry’s game proved too strong and he took the 4th 11-9.  Gwynne faced Harry Munro and struggled to read his serve which cost her too many points throughout the 3 sets, although the middle set was close with Harry taking it 15-13.

This set up a good consolation final between Harry Munro and Dmitry Khakhamov.  Dmitry took the first leg 11-8 and despite trailing by a few points in the second leg, Dmitry came back to take it 12-10 and kept a cool head to win through the third 11-9. 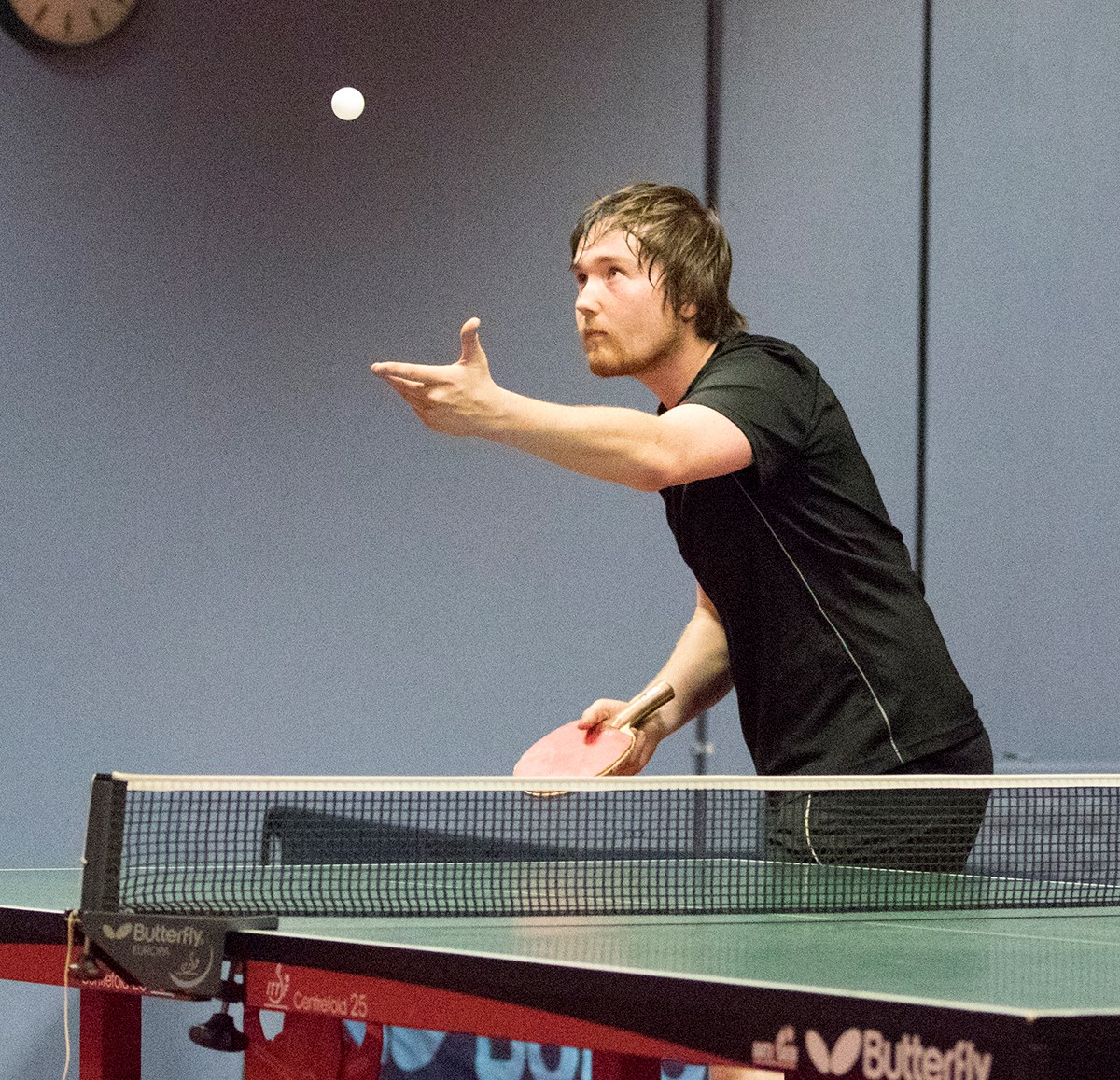 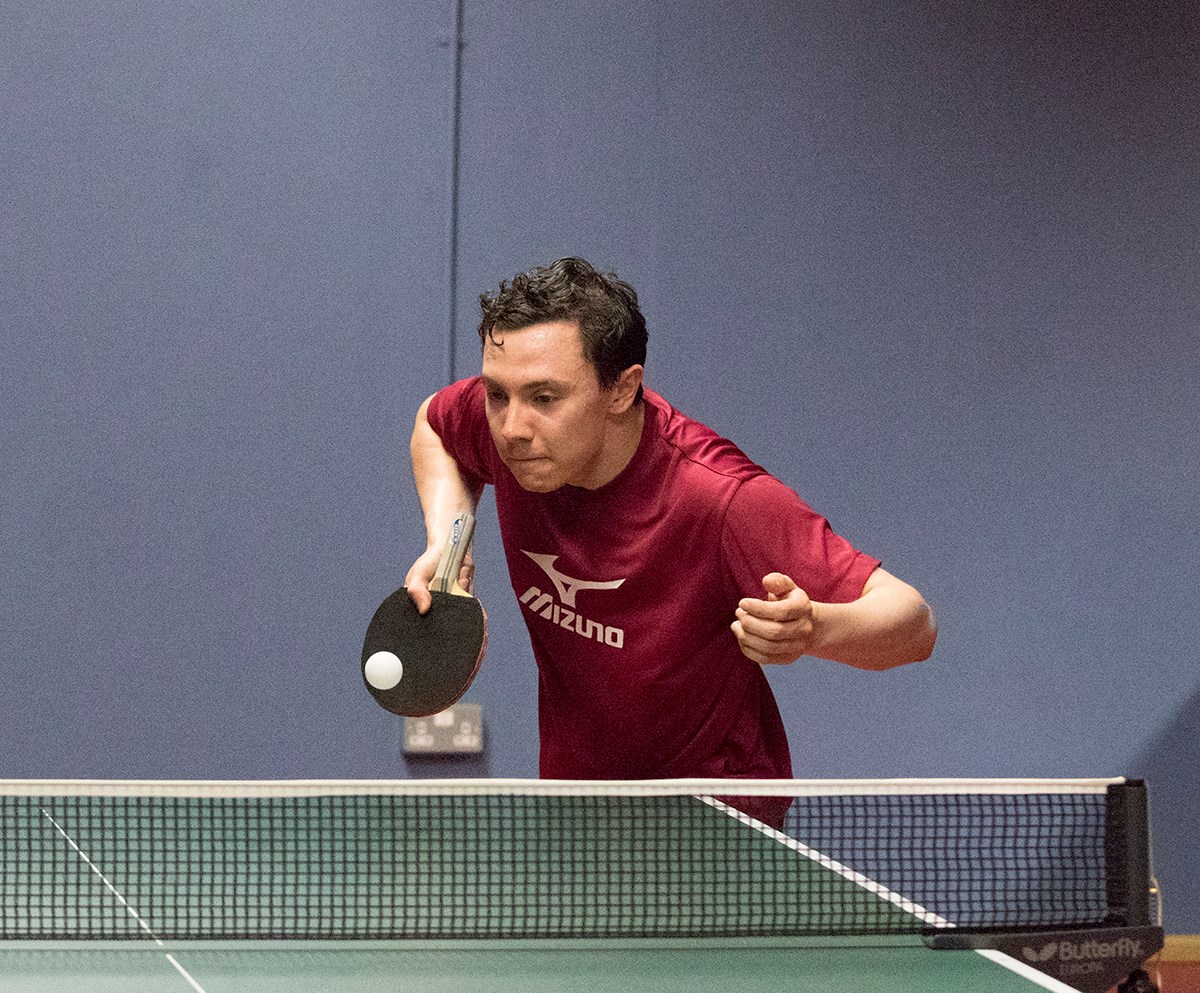