Week 11 and the penultimate in the series saw temperatures return to normal for the time of year, and number of entries at a respectable 21.

There were 3 outstanding matches in the last 32 this week that deserve mention.  Simon Vine and Rod Kay battled it out in an incredibly close 5-set game with Rod taking the first leg 11-9 and then having to dig deep to take the second 17-15.  Simon then came back to take the third 12-10 and the 4th 11-8.  He kept the pressure on in the 5th and won through 11-7.  Andrew Smith and Trevor Organ also battled it out in 5.  Andrew took the first leg 11-6 but Trevor took the next two 12-10 and 12-10.  Andrew wrestled control back in the 4th 11-5 and secured his place in the next round with a good 11-6 win in the 5th.  The third outstanding match saw an exciting battle between Eric Van Looy and Daniel Moses.  Eric took the first leg 11-5.  Daniel replied with 11-6.  Eric then took the next 11-9.  The 4th set was fought over hard but in the end Daniel came through 11-9 to force it to five and then took the last set 11-6.

In the last 16 there were also some very close matches.  Elson Costa and Simon Vine battled hard with 4 extremely tight games, Elson eventually winning through in the 5th set.  Andrew Smith managed to pick up a good win over Joshua Gallen in 4 sets.  Martin Adams kept Krassi contained to 3 sets.  Rob Gladstone took one set off Hari Gehlot.  Trung Tran used his counter attack from the back of the court well against Steve Miller and managed to win in 3 sets after a close first set (12-10).  Guy De La Villesbrunne put up a valiant fight against Richard Fifield, 9-11, 7-11, 8-11 and bagging a bonus point in the process. Daniel Moses and Tony Reynolds both cruised through on 3 straight sets against Joe Barraclough and Gwynne Penny.

In the quarter finals there was a tough five-setter between Hari Gehlot and Elson Costa with Hari taking the first leg 13-11.  Elson then came back to take the next two 11-4 and 11-9.  Hari replied with 11-5, setting up a very close 5th set which went to 10-10 before Hari managed to clinch the last 2 points for the win.  Martin Adams took out Andrew Smith in 3 straight sets.

The semi finals saw Trung Tran battle with Daniel Moses, almost managing to push it to 4 sets, going out 10-12 in the third and a very close 5-set battle between Martin Adams and Hari Gehlot with Hari taking legs 1 and 4 but not quite holding on in the last one which Martin took 11-8.

The final showdown saw another Adams vs Moses final, but this time it all went Martin’s way,

In the Consolation round, Eric continued to show good form and won his way through to the final with a 5-setter over Calin Spicica and a 4-setter over Rod Kay.  Joshua Gallen saw off Rick Leachman and Rob Gladstone in 3 straight to book his place in the consolation final.  He then put on a great performance in the first two sets, winning 11-7 and 11-4.  Eric fought back and took the third leg 11-8 but a determined Joshua took the next 11-7 to close out the match in 4-sets.

Overall, Daniel Moses continues to lead the series with 1066 points.  Martin Adams is on 966, Hari Gehlot 639, Trung Tran 561 and Tony Reynold 438.5.  Joe Barraclough continues to lead the juniors on 364 with Joshua Gallen retaking the 2nd slot on 353 and Yonatan Slobodskoy (absent this week) moves back into 3rd on 317. 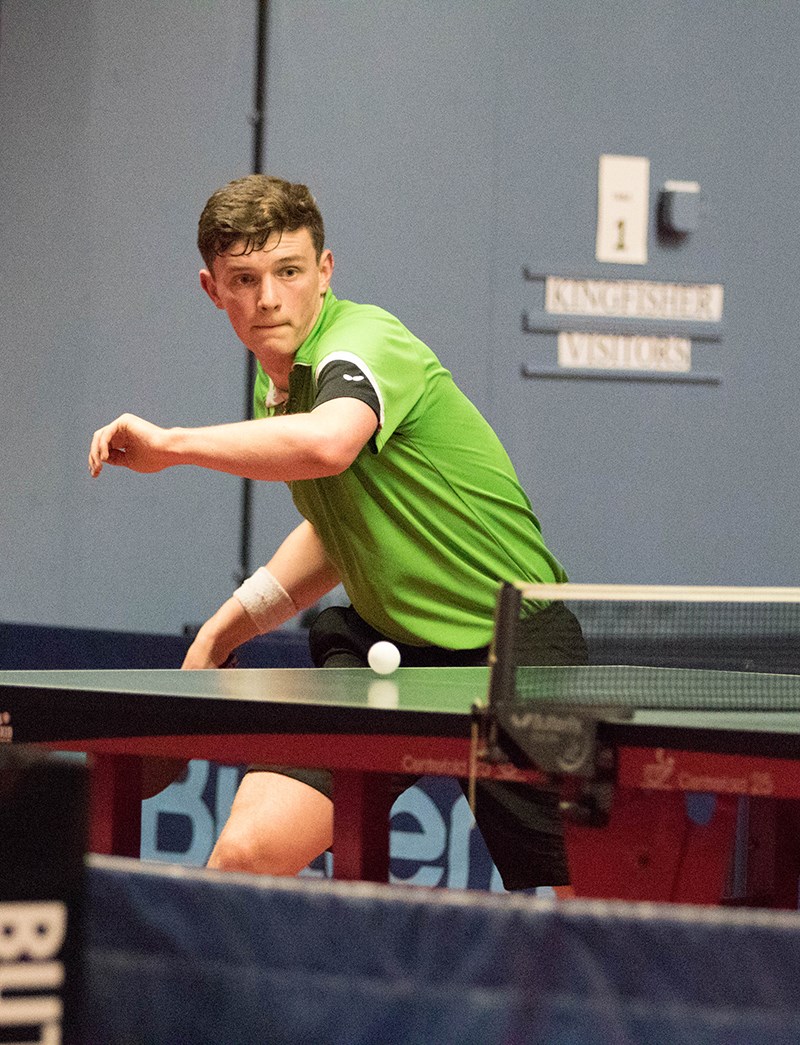