Week 7 and into the second half of the series, this week again saw a low turnout of 13 (probably due to the fact that England were playing their final match in the European football championships – but probably best to skate over that!.)

Yonatan Slobodskoy had a good week, taking out both Richard Fifield and Eric Van Looy before coming up against Hari Gehlot in the semi-final. Yonatan went down 11-4 in the first leg but came back fighting hard to take the second one 15-13 over Hari.  Another close leg in the third, losing 9-11 and then Hari was into his stride taking the 4th end 11-5 to secure a place in the final.

In the consolation event recently joined club member Dmitry Khakhamov beat Trevor Organ in 3 sets (11-3, 11-3, 11-7) and then went on to play Ian Cole in the semi-final.  After a very close first leg (15-13), Dmitry took the next two legs 11-6 and 11-4.  This secured his place in the consolation final.  Meanwhile, Eric Van Looy had a very tight battle against Joe Barraclough, with Joe taking the first end 11-9.  Eric came back to take the second 11-7.  A very close fought third end saw Eric come back from 8-10 down to take it 12-10.  Joe fought back in the 4th leg 11-6 but couldn’t quite keep his consistency going and bowed out 11-7 in the 5th.  Eric’s semi final opponent (Calin Spicica) scratched out which put Eric up against Dmitry Khakhamov in the consolation final.  In a close fought battle, Eric took the first end but Dmitry came back to take the next 3 for the win.

Overall, Daniel Moses continues to lead the series with 797 points, 278 points ahead of Martin Adams on 519, Hari Gehlot 391, Trung Tran 335 and Mark Banks 269.  Joe Barraclough continues to lead the juniors but Joshua Gallen has closed the gap to second place to just 42 points, with Yonatan in third on 177. 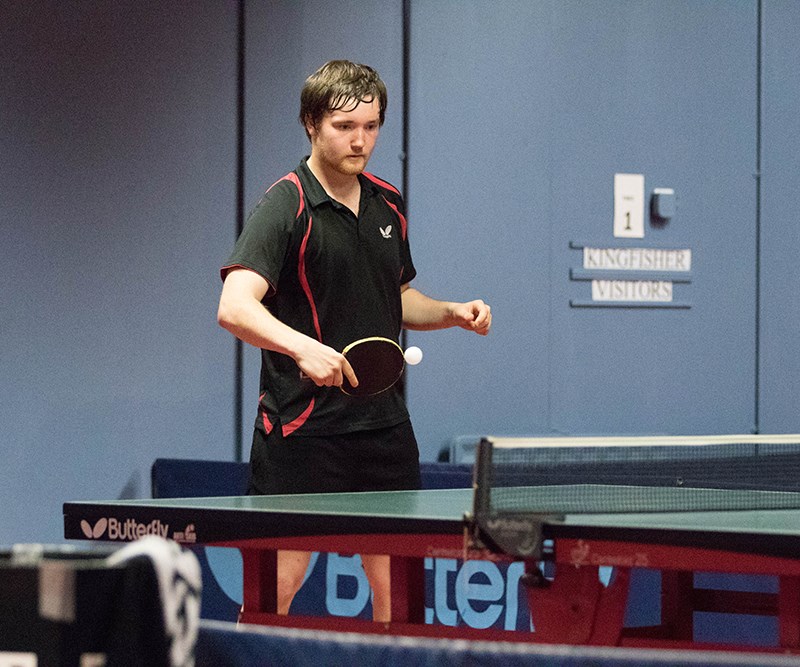