In the last 16, Grand Prix Host, Rick Leachman notched up his first ever victory over Trevor Organ.  Rick showed steady determination throughout, after taking the first leg 11-7, Trevor came back to take the second 7-11.  Rick then took the next 11-6 but Trevor answered with 11-9.  The final leg was a tight battle, but Rick finished ahead, 11-8.  Another round 16 match that looked likely to go the distance took place between Krassi Ivanov and Joshua Gallen.  Joshua took the first leg 11-9.  Krassi came back with 11-7 and 11-9 and Johsua battled well, pulling off some fantastic shots, but in the end couldn’t quite push it to 5 as Krassi took the 4th 11-9.

Elsewhere in the last 16, Yonatan Slobodskoy and training partner Joe Barraclough played one another with a close opening game 11-9 to Yonatan.  He then took the 2nd leg 11-5.  Joe was not to be put down easily and rallied to take the 3rd leg 11-5 but couldn’t quite keep the momentum going in the 4th leg and went out 11-6.

Martin Adams was back this week and efficiently dispatched both Tony Reynolds and Yonatan on his route to the semi-final where he met Simon Vine.  Simon put up a good fight, and after going down 6-11 and 8-11 in the first two, managed to take the third end 11-8 but Martin came back strong in the 4th 11-1.

Meanwhile, Hari Gehlot beat Harry Munro and Krassi Ivanov to secure his semi-final place.  He then faced Trung Tran who started well and took the first two 12-10, 11-8.  Hari then came back in the next two 11-4, 11-7 and kept it going in the 5th to emerge with 11-7 for the win.

The consolation event felt a bit like a main event with Tony Reynolds, Martin Gunn, Steve Miller and Harry Munro all in it.  In a semi-final that was fought like a final, Tony had a good match with Martin Gunn, using spin and placement to his advantage to take the first end 11-5 and the second 12-10.  Martin managed to tighten things up in the 3rd end and took it 11-9 but Tony was determined and they battled it out in a very close 4th end, with Tony managing to secure the win 13-11.

Harry Munro beat Calin Spicica in 4 sets which put him into the semi final with Steve Miller.  Harry dominated the match, winning 11-7, 11-0, 11-8 – an outstanding performance, especially considering that it had been some 3 weeks since he played last.  He then went into the final against Tony Reynolds and put in another good performance in the first leg 11-8.  A lapse of concentration appeared to cost him in the second, which Tony took advantage of to the tune of 11-2 but Harry started to get some ground back in the 3rd leg 11-8.  He then really seemed to focused on his topspin play and managed to take the 4th leg 11-9.  With momentum now on his side, he marched home 11-3 to take the 5th. 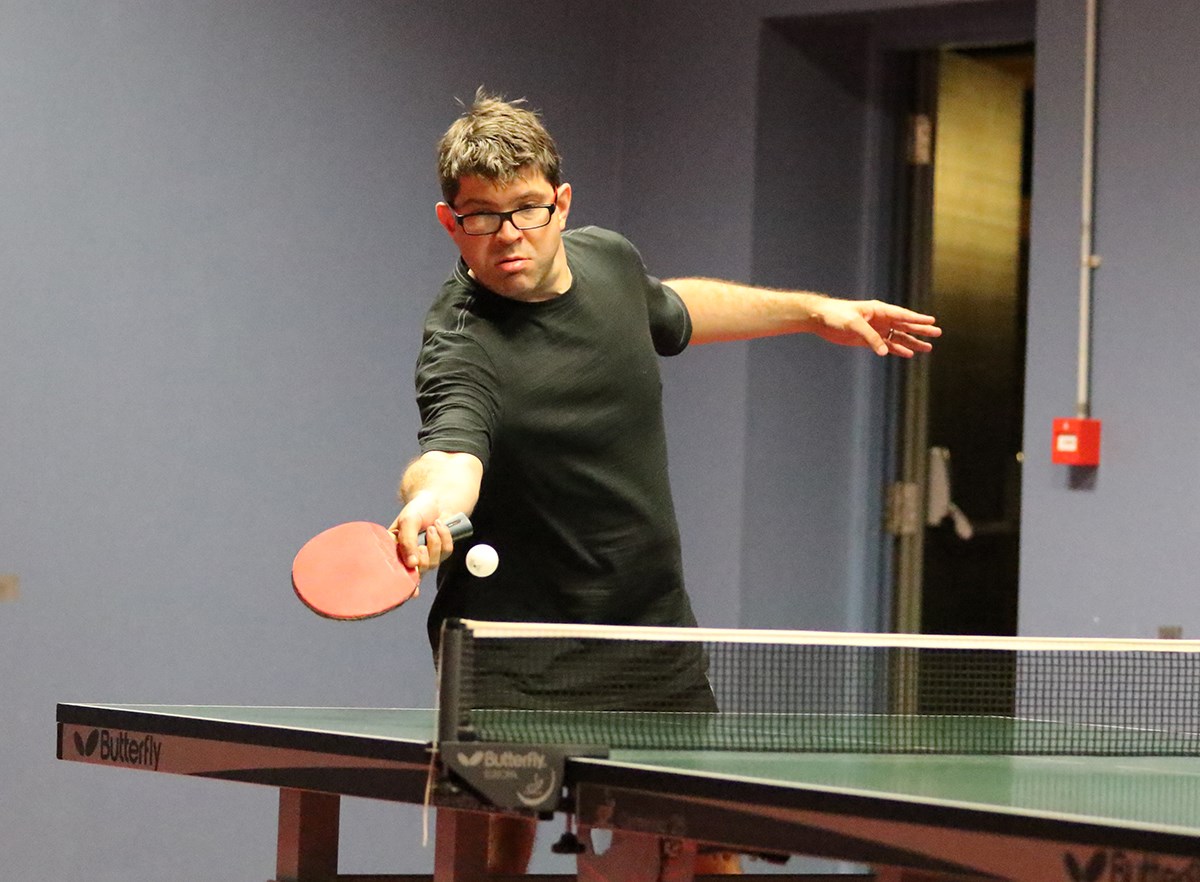 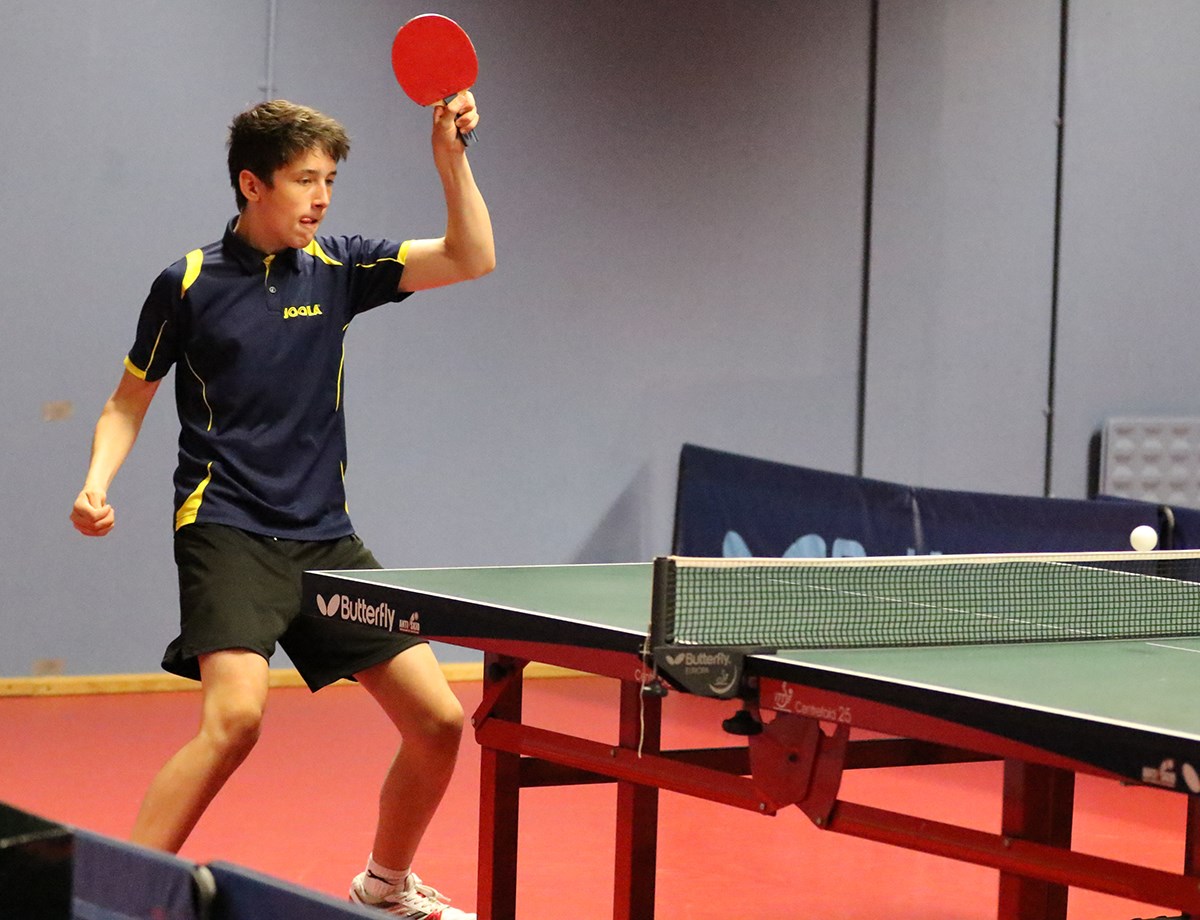