Week 9 brought 22 entrants to the Grand Prix.  Daniel Moses was back this week, Elson Costa made his second appearance in the series and Liam McTiernan made his first appearance of the series.  No Martin Gunn or Mark Banks this week.

The final between Liam McTiernan and Martin Adams was decided in 3 sets with Liam taking the first 11-8.  In the second set Martin managed to get it to 10-10 but Liam picked up the 2 deciding points to take it 12-10.  He then got well into his stride and took the third end 11-2.

In the consolation rounds, Yonatan Slobodskoy put in some good performances to beat Joe Barraclough and Steve Miller in 4 sets each.  On the other side of the draw, Eric Van Loy beat Nigel Keedy and Rob Gladstone in 3 sets each, and then had a tough semi-final match with Elson Costa – losing the first leg 10-12 then taking the next two 11-7, 11-8 but faltering on the 4th end 3-11.  Eric’s determination in the deciding set paid off with 11-9 to book his place in the consolation final.

And what a final it turned out to be!  Played just before 11pm, with only the players and hosts in attendance, it was a cracking match between Yonatan and Eric.  Eric took the first leg 11-6 but Yonatan recovered well to take the second 11-9 and the third 11-8 – making good use of his ability to recover quickly between forehand and backhand counter-topspin shots to stay in the rallies.  In the third leg Eric took control and managed to hold him down to just 5, setting things up for a great fifth set.  At the switchover point it was 5-2 to Eric, but Yonatan managed to pull it back to 5-5.  It was then neck and neck to the end with Yonatan managing to take the 5th set 11-9. 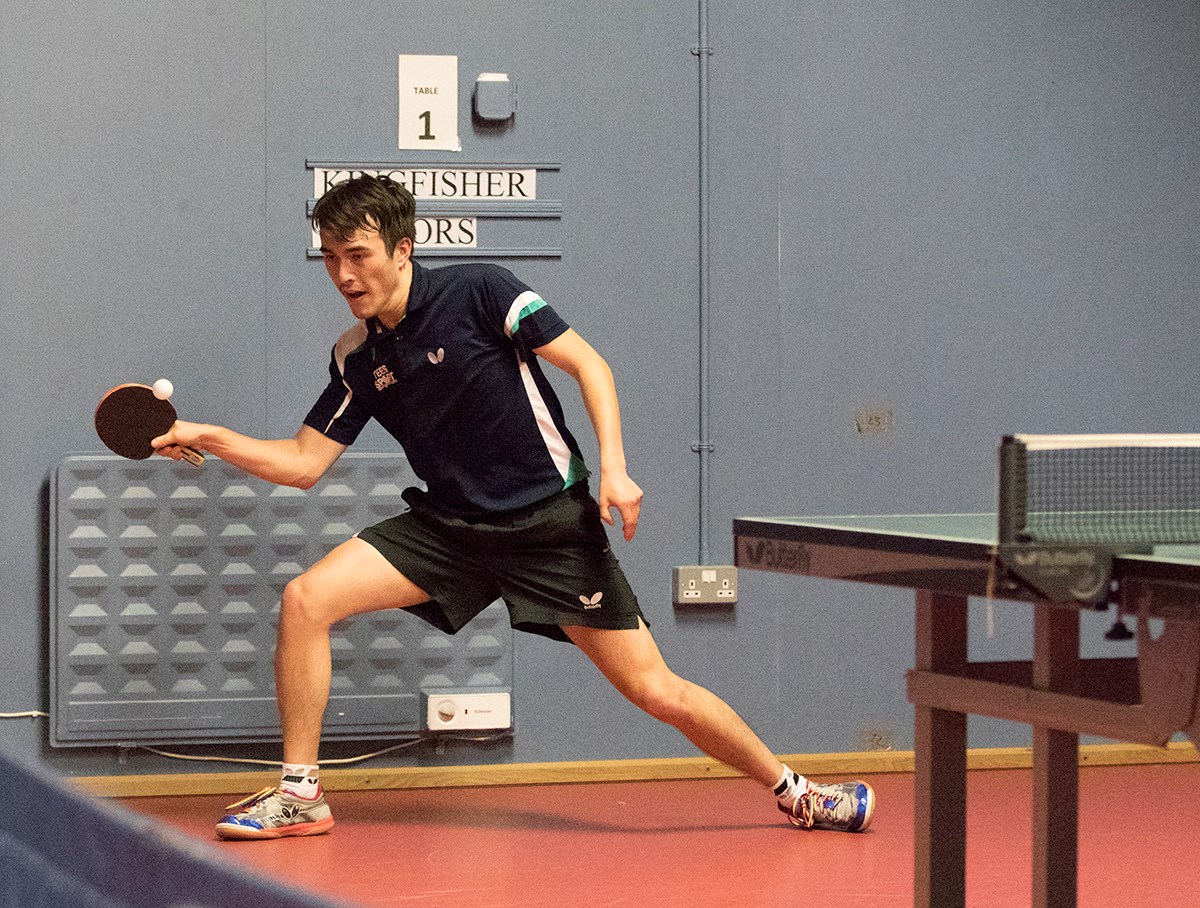 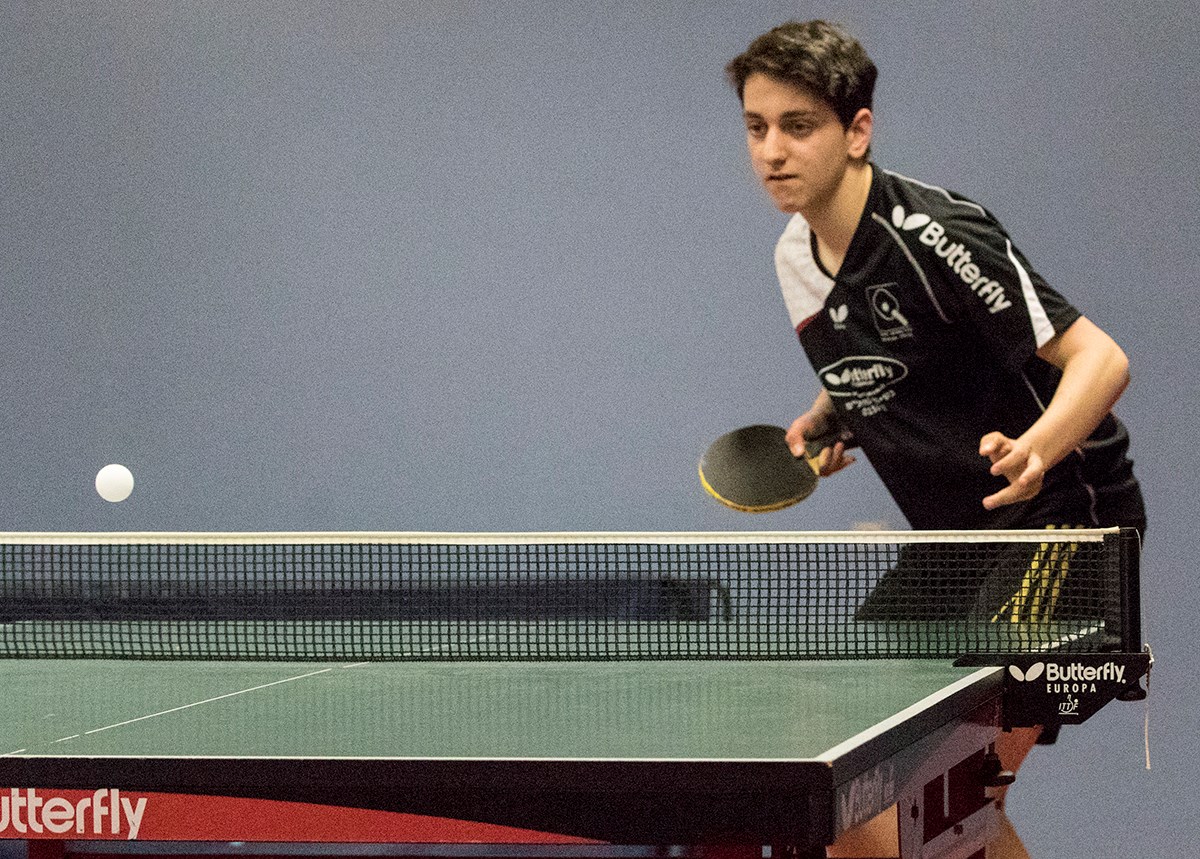