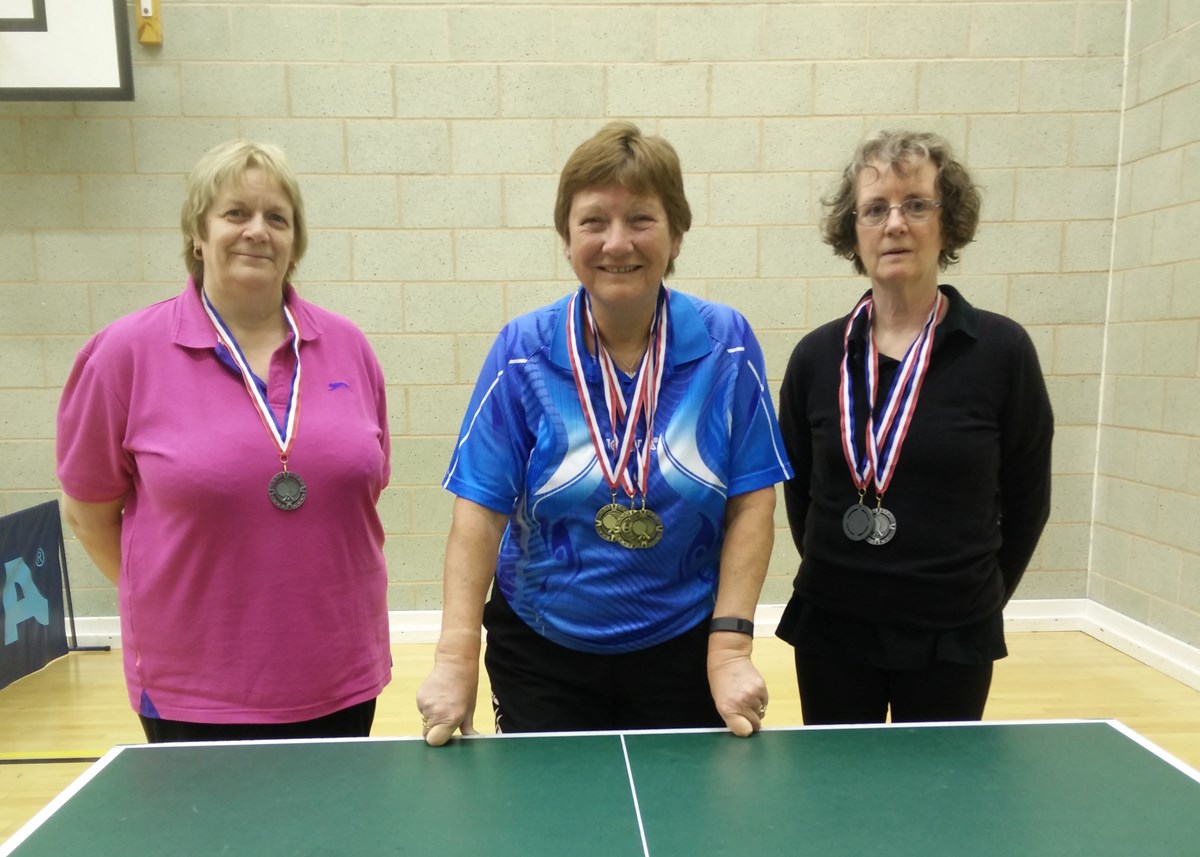 The Bedfordshire Closed tournament took place on Saturday 30th April at Lincroft School, Oakley and despite some initial concerns the event was well attended by 45 entrants of which 26 were juniors. The U11 Boys event was won by the county school's champion, Sam Manning from Cranfield, who defeated Lincroft's Harrison Emery 3-0 in the final. The U13 and U15 Boys events were won by county No. 1 cadet Luke Manning from Little Staughton who defeated Jamie Burt 3-0 in the U13 final and then won all his matches in the U15 group competition with Lincroft's Alex Gubler as runner-up. The junior title went to Bromham's Henry Simmons who beat Luke 3-1 in the final.

Established county representative player Val Murdoch, was unstoppable in the women's events winning all three competitions where disappointingly only three ladies had entered. Bedford's Liz May was runner-up in both the O40s and O60s events but Shefford's Yvonne Freer finally got her revenge in the Women's Open singles event defeating May 5-11, 11-2, 7-11, 11-7, 11-8 to take the silver medal.

The Men's O60s event saw a round robin group completed with three contenders for the title to be decided on count back. After some rapid calculations by the organiser, Luton's Kit Chiew was pleased to learn he had secured the top position by just one set from Barton Le Clay's Emilio Peire. The O40s men's groups went according to the seeding and subsequently Bedford's Dave Beddall defeated Biggleswade's Richard Steele 3-1 in the semi-final whilst Bedford's Tom Novakowski defeated Luton's Mal Hussain by the same margin. No. 2 seed Novakowski turned the tables on No.1 seed Beddall winning 11-3, 11-9, 11-9 in the final.

The Open Men's singles once again saw no surprises in the groups and the quarter finals as the four seeds met in the semi-finals. However, Richard Steele reversed his loss in the O40s to Dave Beddall winning a place in the final 9, -8, -8, 13, 7. The other semi-final saw the No. 1 seed Henry Simmons surprisingly losing 3-1 to O40s winner Novakowski to set up a tantalising final. Everyone that stayed to watch was rewarded with a match of drama, ebb and flow and some mesmerising rallies. At deuce in the fifth a broken ball added to the excitement but undeterred Novakowski took his second title of the day winning 15-13. The full results can be downloaded by clicking on download the final results . Photos of the event can viewed here.

Thanks to Lincroft School and Head of Boy's PE Richard Edwards for hosting the event, Barbara Wright for helping with reception and entering match results and to John Alsop for organising the tournament. I'm sure this will once again be an annual event in the Bedfordshire Table Tennis diary. If you would like to donate a perpetual trophy for any of the events then please contact the county Treasurer, Alex Murdoch.