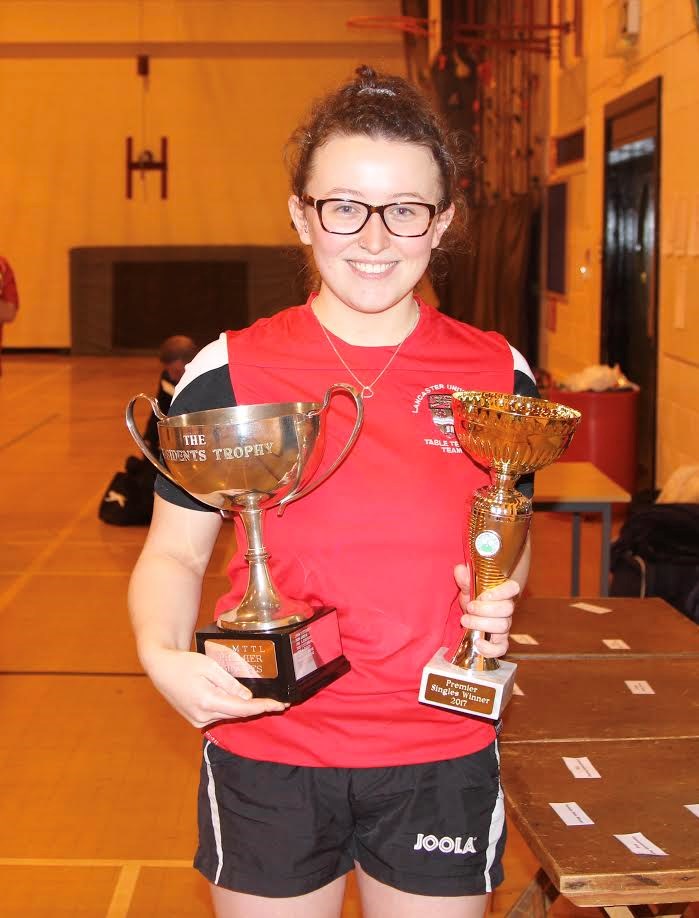 The Lancaster and Morecambe Table Tennis League annual tournament took place last weekend at Morecambe Community High School. The tournament is the most prestigious within the local Table Tennis calendar and this year the Blue Ribbon event prize for the Premier Division singles champion was won by Nicole Finn representing Lancaster University. This is the first time the award has been won by a female competitor and the achievement was not unrecognised by the spectators at the well attended event. There was no indication in the early part of the tournament that Nicole would be featuring at the business end of the event after losing one of her group games 11-0. However she raised her game in the semi final forcing defending champion and odds on favourite Paul Stebbing into crucial errors and then used the momentum to overcome Phil Goymer in the final.