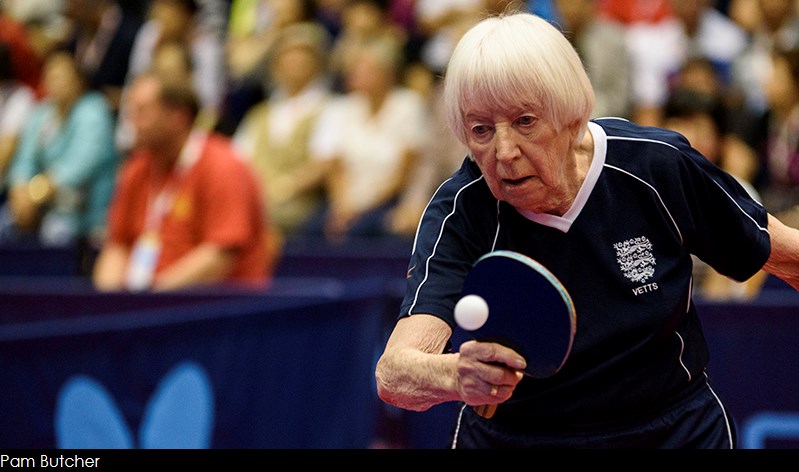 The wonderful Pam Butcher is in line for another accolade after reaching the final selection stage in the Amplifon Awards for Brave Britons.

Pam, who won the Over-85 gold medal at the World Veteran Championships in 2016, has been nominated in the Active Agers category.

She has reached the selection stage of 10 candidates out of around 50 nominations put forward by members of the public around the UK.

Four finalists will be selected and the winner will be announced in October.

Pam, who plays in a number of local Kent Leagues, was awarded the MBE for services to table tennis in the 2017 Queen’s Birthday Honours, receiving her award from the Prince of Wales at Buckingham Palace the following year.

As well as her world title, she was European champion in 1995 and at the last edition of the World Veteran Championships in Las Vegas in 2018, won over-85 bronze.

Amplifon is the leading global hearing specialist with around 200 clinics across the UK and Ireland. The awards initiative is in its fifth year and encompasses eight categories. Falklands War hero Simon Weston chairs the judging panel.

Share This Page
About Us
The Medway Towns Table Tennis League aims to assist in the encouragement and organisation of Competitive Table Tennis in the Medway Towns Area. The main goal of this website is to provide league players with the latest news / updates and information throughout the season
Useful Links