Plus an extra 2 bonus points for each divisional winner of the first round of matches in the evening.  Div 1 -  Richard Salt, Div 2 - Dylan Bayliss, Div 3 - Sam Hiles,  Div 4 - Benj Pead,  Div 5 - Marc Winstanley

The second round of our Friday Night Summer Singles Tournament took place tonight with another excellent, competitive evening’s Table Tennis.
The first round of matches saw Marc Winstanley win Division 5, whilst Benj Pead just pipped Debi Curl to the top of the 4th Division. Division 3 was also very close with Sam Hiles edging it over Ivor Copley & Andrew Davies. Similarly in Division 2, Dylan Bayliss, Lewis Short & Rob Ferguson all won two matches, with Dylan just nicking it on games won. In the First Division Richard Salt just beat Derek Stratton to the top spot.
The only person winning all their games in the first round was Marc Winstanley. Many thanks to Amy Smith & Charlie Cumber for stepping in to the fifth division. Amy playing her first competitive matches won the T Shirt spot prize.
And so to the all important 2nd round of matches.  Andy Guy stepped in to take the 5th Division title.  Andrew Davies, Kevin Payne & Brian Hemming all won 2 matches in the 4th Division, Andrew having the best games difference took the title. Rob Ferguson won all his games to take the 3rd Division title. Ivor Copley just beat Sam Hiles to the 2nd Division crown on games difference.  Dylan Bayliss won all his matches in the first Division to pick up the trophy and the most points for the evening.  It must be Dads turn to win when we return in two weeks time, with Rowan the victor two weeks ago in Round One.
The division tables at the end of the night together with an updated league table will be added to our 365 website over the weekend. 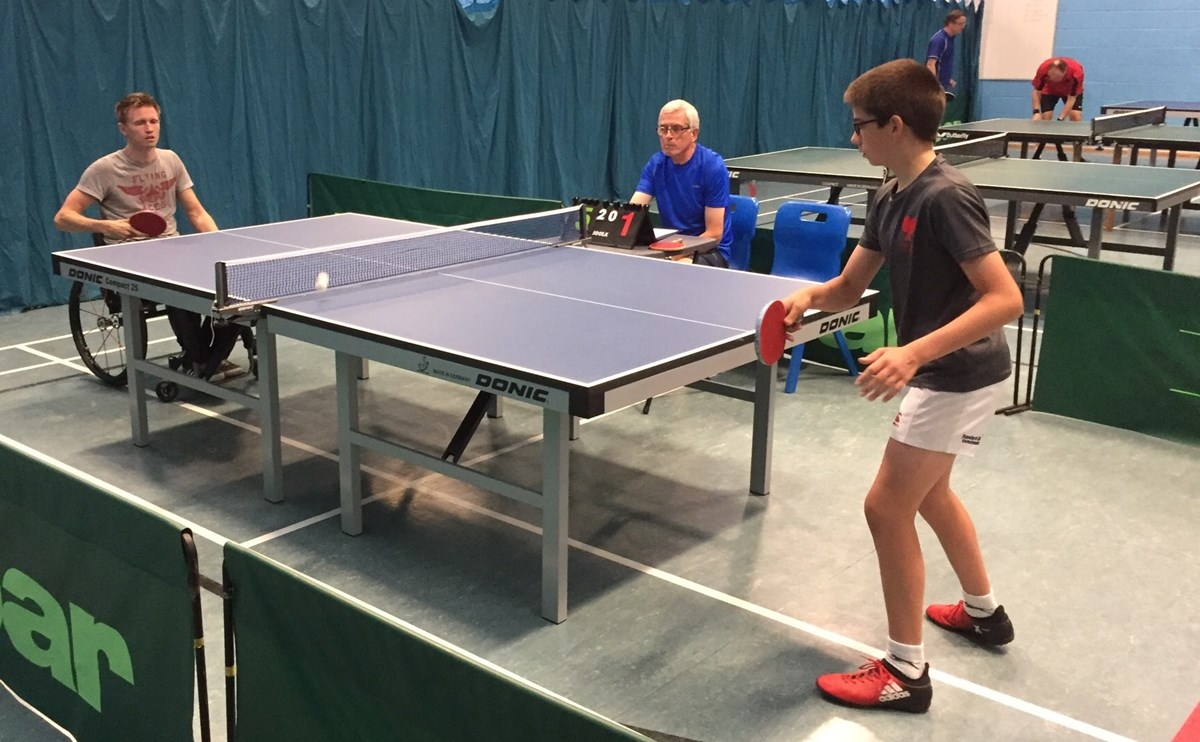 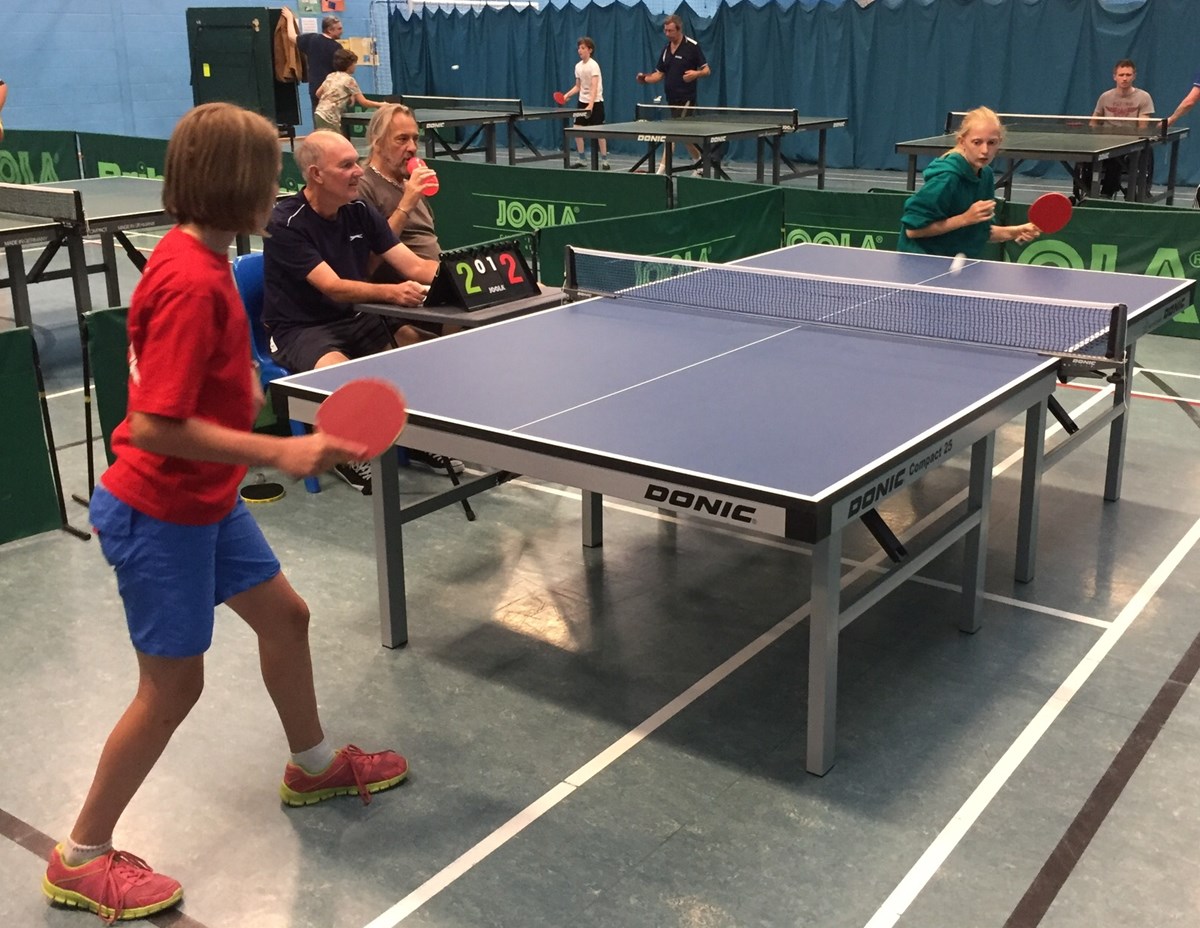 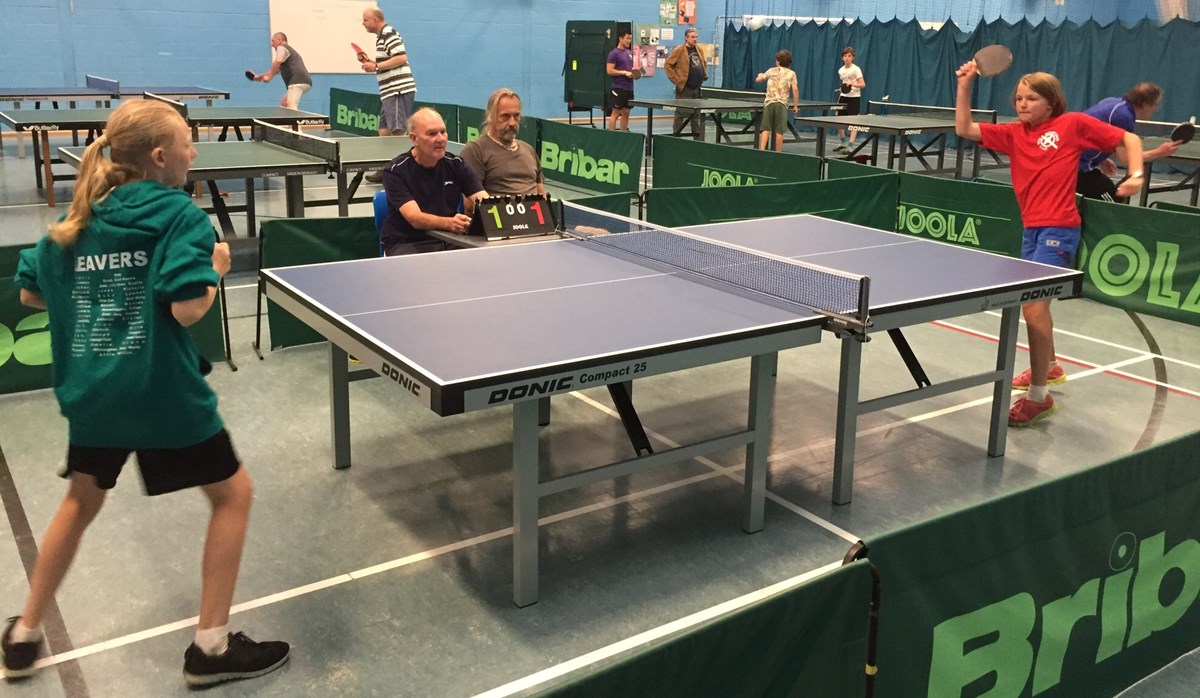 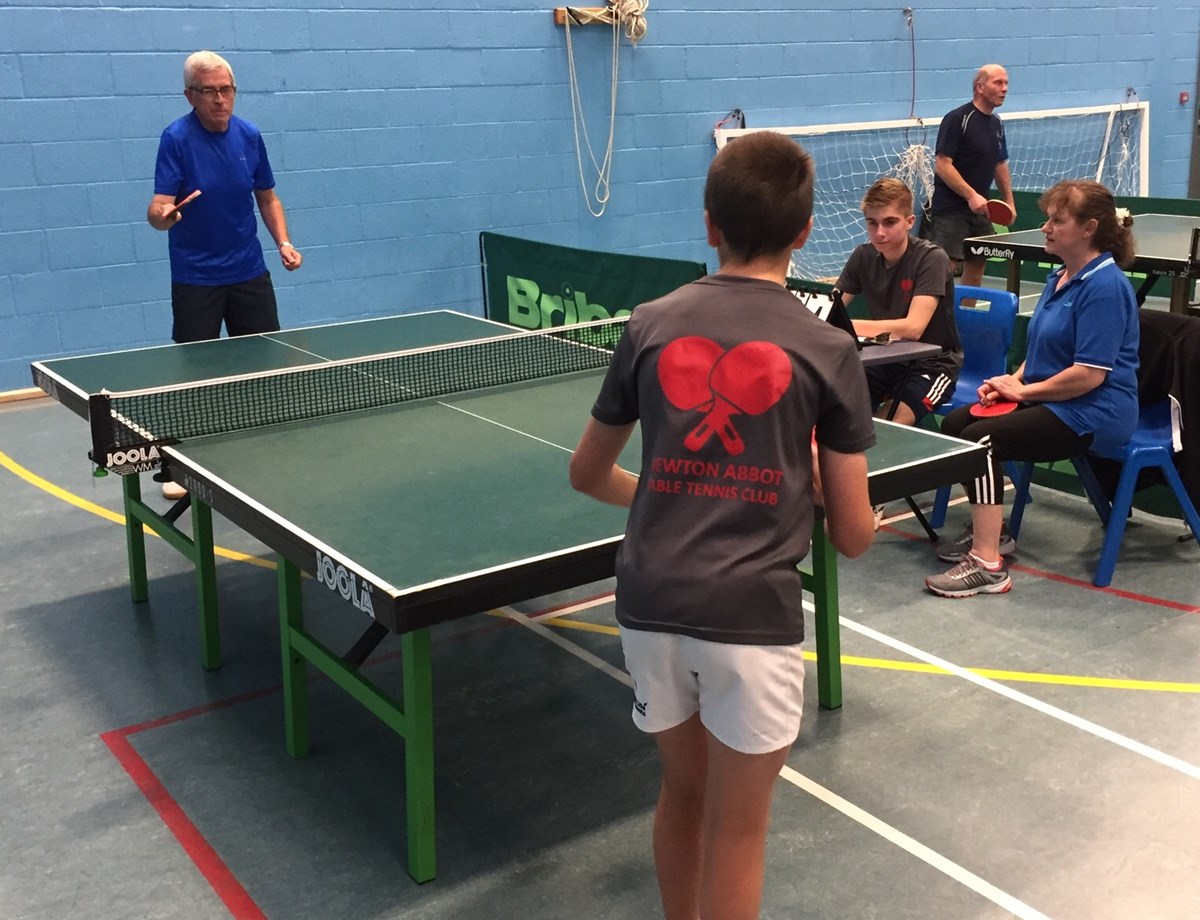 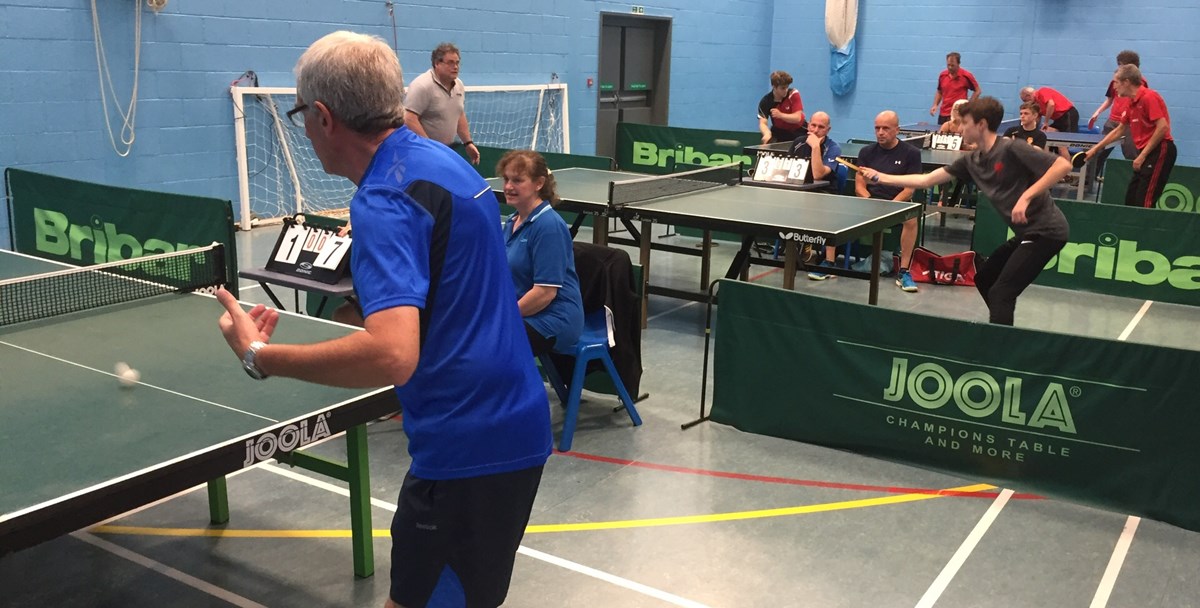