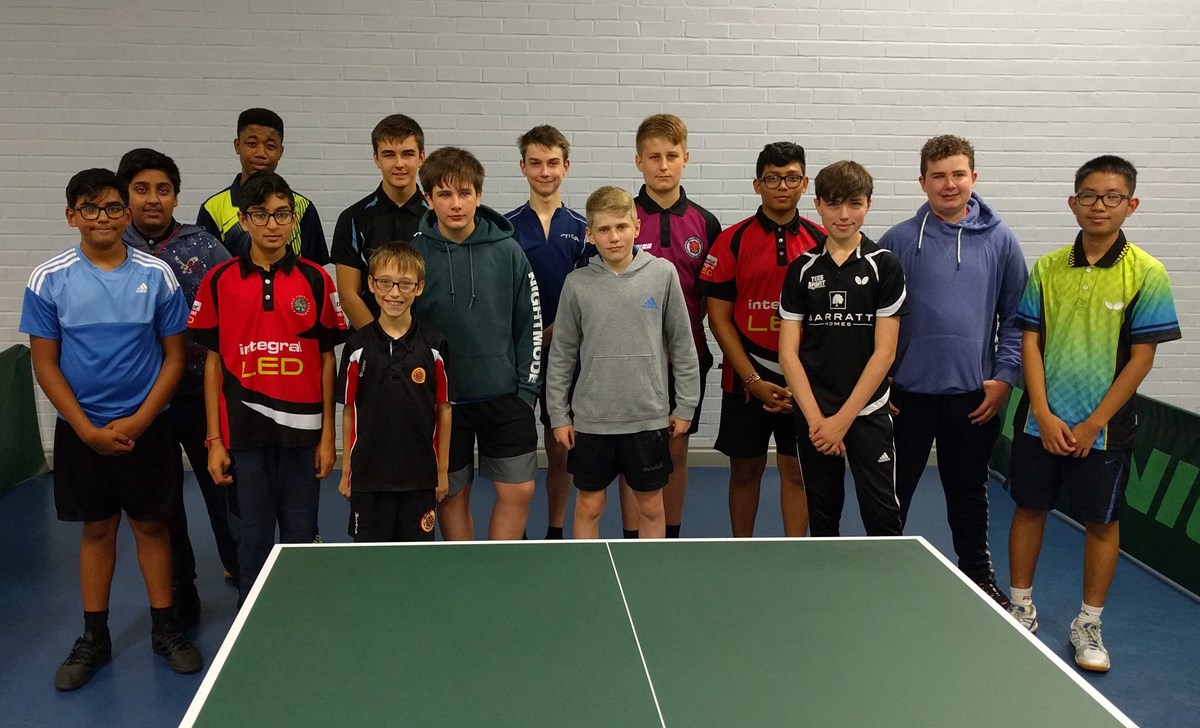 The youngster won his group before cruising past Corby Smash’s Alex Cochrane with surprising ease to take first place.

In Patel’s group one there were some upsets but none bigger than in round two.

The group’s second seed Virgil Birch-Abban led the lowest-ranked Ben Aldridge 2-1 before losing 11-9 in the decider.

Aldridge again claimed a scalp by beating Nathan Dixon with Birch-Abban involved in another five-ender in a loss to Felix Bradbury.

In group two Alex Cochrane topped the table, only really being tested by Danny Verrall who finished second.

Verrall, who was the fourth-ranked player in his group, trumped the group’s second and third seeds in the last two games to reach the tournament’s final four.

After beating second-ranked Vincent Pham 12-10 in the fifth he beat third-ranked Jack King with ease 3-0.

With everybody in the two groups facing the person that finished in the same position, only the title-deciding match between Patel and Cochrane was completed inside three ends.

Bradbury beat Verrall 3-1 to finish third with the closest match of the final round coming in the fifth/sixth place play-off. 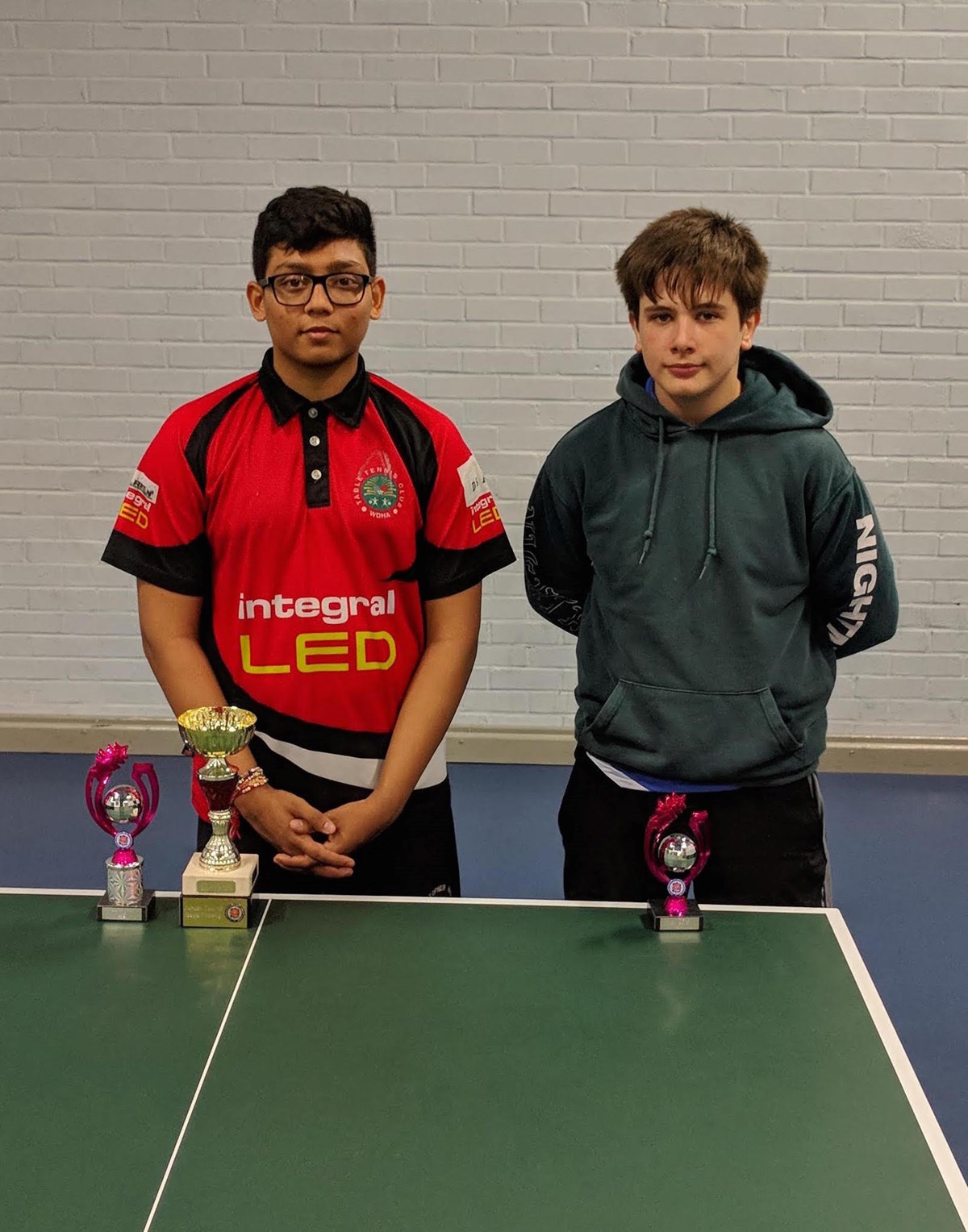 This year we changed the format of this event as a few of the Junior boys were unable to compete and there were more Cadets than usual filling the higher positions in the TT365 Ranking Lists. To attract the best players available we therefore decided to select the highest ranked players whether Juniors or Cadets and have one combined tournament. This meant increasing the customary Top 10 to a Top 14 which would then produce the Winner and Runner-up Under 18 and also the Winner and Runner-up Under 15 (the highest placed Cadets).

The results were as follows:

On 20 September 2015 the Junior Boys Top 10 was held at the Hindu Association's premises in Wellingborough for the first time and was won by Ben Tombs with Patryk Polanski Runner-Up.Although an unbeaten Ben Tombs justified his No 16 county ranking to win the Boys Top 10, he had to work hard to beat Patryk Polanski, currently ranked 76 places lower. The final score in Tombs favour was 12-10, 9-11, 11-9, 9-11, 11-7. Polanski was otherwise unbeaten, although taken the full distance by Mihir Mistry, before coming from behind to take the last two games 11-8, 11-8. Shivam Mistry lost to both Tombs and Polanski but won his remaining rubbers to finish a clear third.