Andy Trott won the newly-named Marchant Masters in style with a flawless performance.

The tournament, named in honour of the late Ken Marchant, saw six of the county’s best players face off against each other with Trott reigning supreme.

Steve Silk came second with three wins from five, losing only to Trott and John Fuller on the day.

The rest of the group was nip and tuck with positions three, four and five decided on points countback after near-identical records.

But it would have been so different had Stefanov beaten his Westfield team-mate in the final game, the pimpled attacker missing out on second spot to finish fifth in the cruellest of ways.

But again it could have been different with Capusa involved in the only two matches to go the distance from the 15 played.

He trailed 10-1 in the fifth to Stefanov before losing 11-9 and lost by the same scoreline to Metcalfe in the last game of the day.

Youngster Wilson, who played in Division 2 for CorbySmash in the Kettering and District League last season, won all five of his matches for the loss of just four ends.

The event, hosted by Westfield, started with a shock as Matt Horrocks - only playing after Nigel Metcalfe withdrew with injury - carded a first ever win over John Fuller 11-9 in the fifth.

Wilson started his day with a straightforward win over Roumen Stefanov but almost lost in the second game.

Wilson played his way to a 2-0 lead against Dan Smalley, only for Smalley to take charge and lead in the decider.

But last season's best player couldn't close out a 10-8 lead and the young Corby player reeled off four points in a row to seal the win.

Stefanov also needed five ends to beat Fuller in the round-robin event as Steve Silk got off the mark with a simple win over Horrocks.

In round three Fuller claimed his first win with a surprisingly easy 3-0 win over Smalley, who picked himself up to beat housemate and teammate Horrocks.

Wilson's win over Fuller meant any margin of victory over Horrocks would see him take a surprise title, and he didn't fail to deliver as he won 11-3, 11-8, 11-2.

Smalley stole second at the death with a 3-2 win over Stefanov, leaving Smalley narrowly ahead on count back.

Fuller finished in fourth place with Silk coming in at a disappointing fifth, with Horrocks coming sixth despite a best ever win. 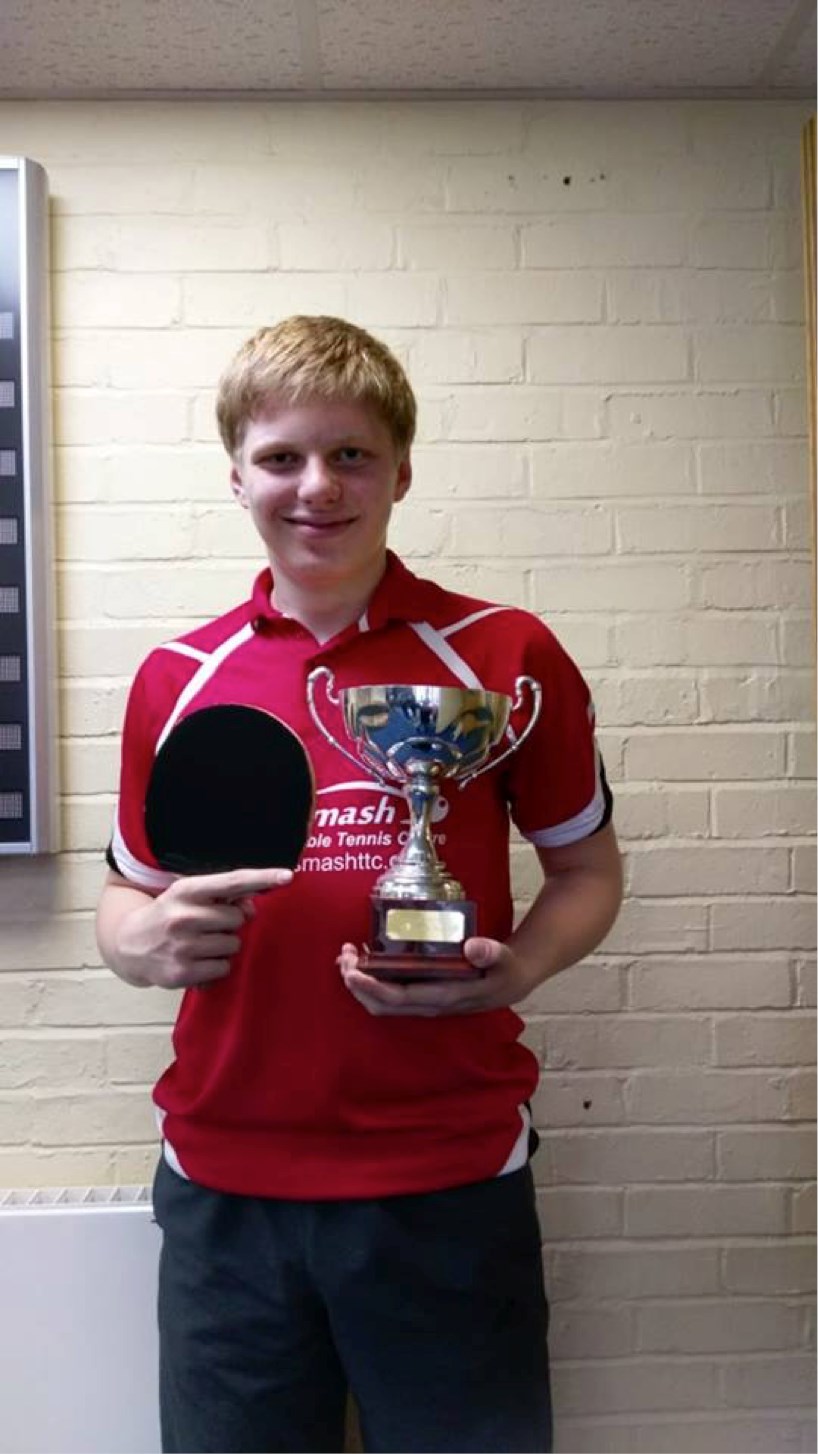