Andy Trott's name was etched onto another trophy as he regained his Veterans Top 12 title.

The event was brought forward from February to September to help select county veterans sides.

Trott won all five group games in a dominant display at Westfield Table Tennis Club before beating Vidal Graham 3-1 in the semi-final.

Stefanov was fortunate to make the final after an enthralling win over John Fuller in the semi-final.

Fuller, who was unbeaten in a second group made smaller by the late withdrawal of Gary Pells, was coasting as he moved into an 11-5, 11-1 lead.

Stefanov levelled the scores but the defensive Fuller blew five match points to lose 13-11 in the decider.

Henry Arthur came but will rue what might have been after losing 3-2 to both Fuller and Graham in the group stage.

He claim a scalp in the fifth/sixth place play-off when he beat February's champion Nigel Metcalfe, who had a disappointing day, 3-1. 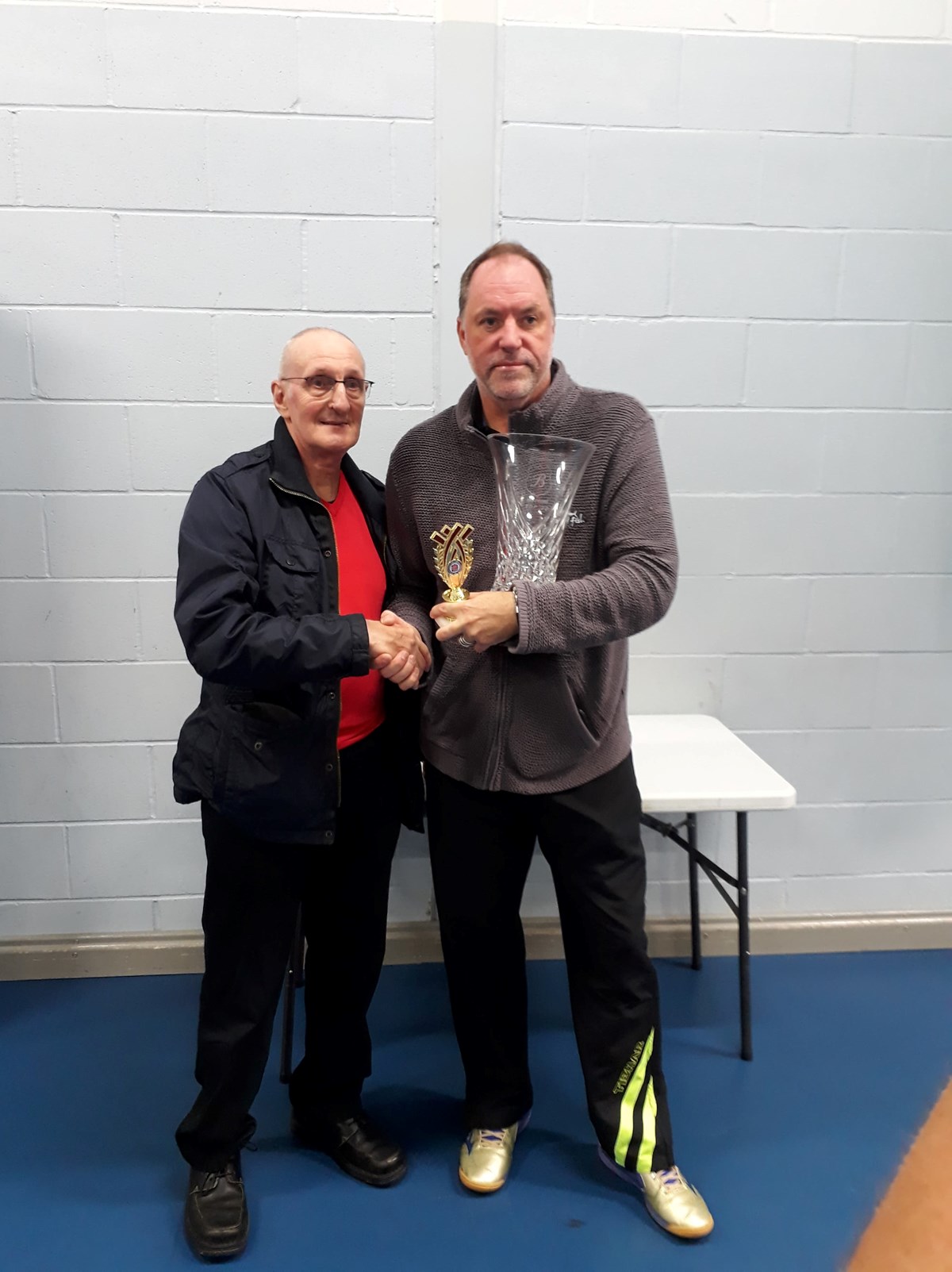 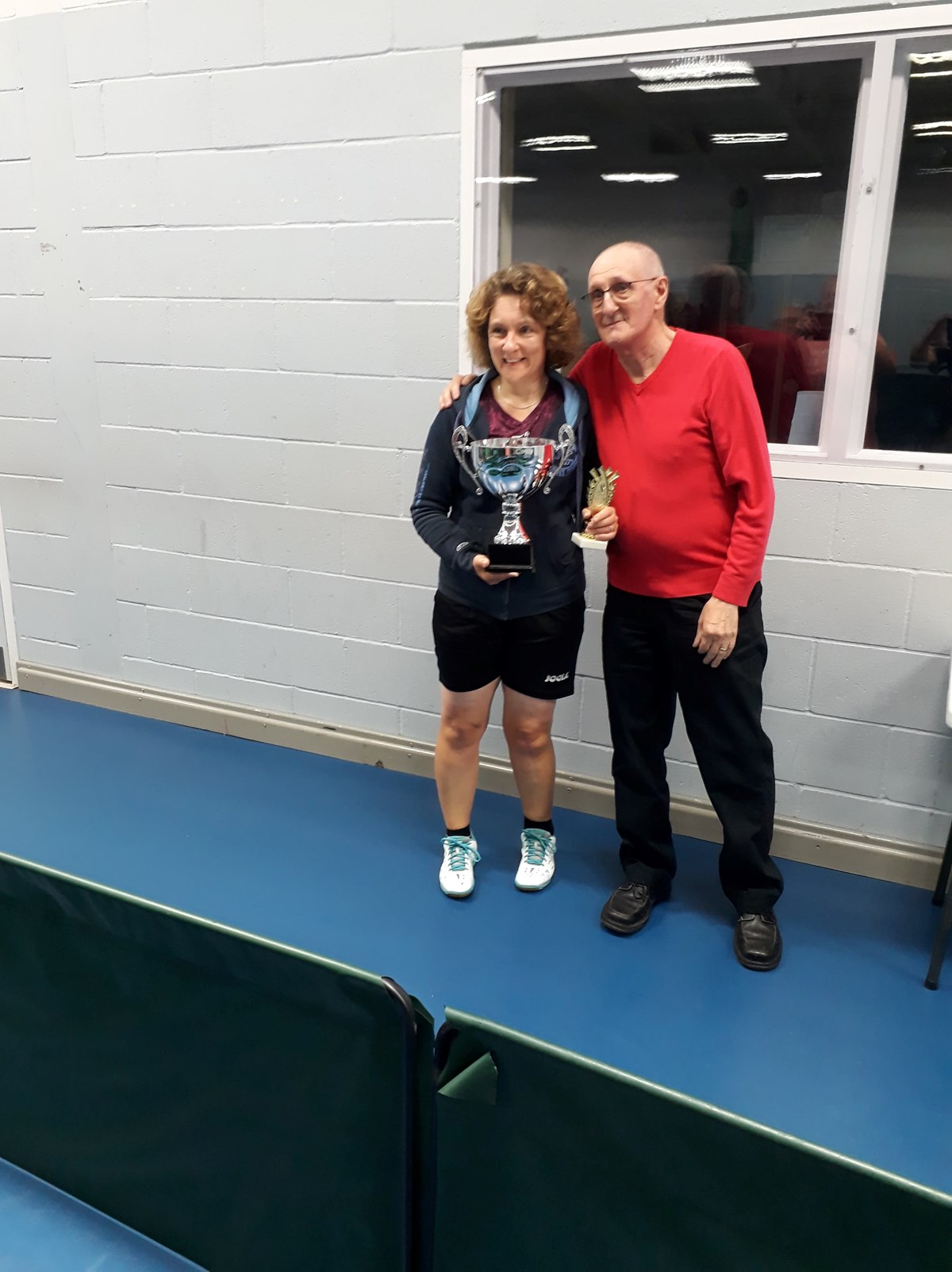 Denise Jacobi won the Veterans Ladies event at the first time of asking after winning all four of her matches.

Reigning champion Maxine Shears pulled out at the last minute and Jacobi, who plays for Burton Baptist, took top spot with the loss of just one end.

She took home the Little Trophy, named in honour of the much-loved county stalwart Clem Little who died in 2016. Clem's husband Trevor was on-hand to present the trophy.

Clare Coles came fourth but was the only player to take an end from the champion Jacobi as Deirdre Kiziak came fifth despite a great fight against Scaysbrook.

Seeded third, Metcalfe came second in his group of six after losing 3-1 to Steve Silk.

Silk had survived a scare against Henry Arthur in the semi-final, who saw chances come and go in a five-end defeat.

Arthur eventually came fourth after losing to Fuller in the third place play-off hampered by injuries. 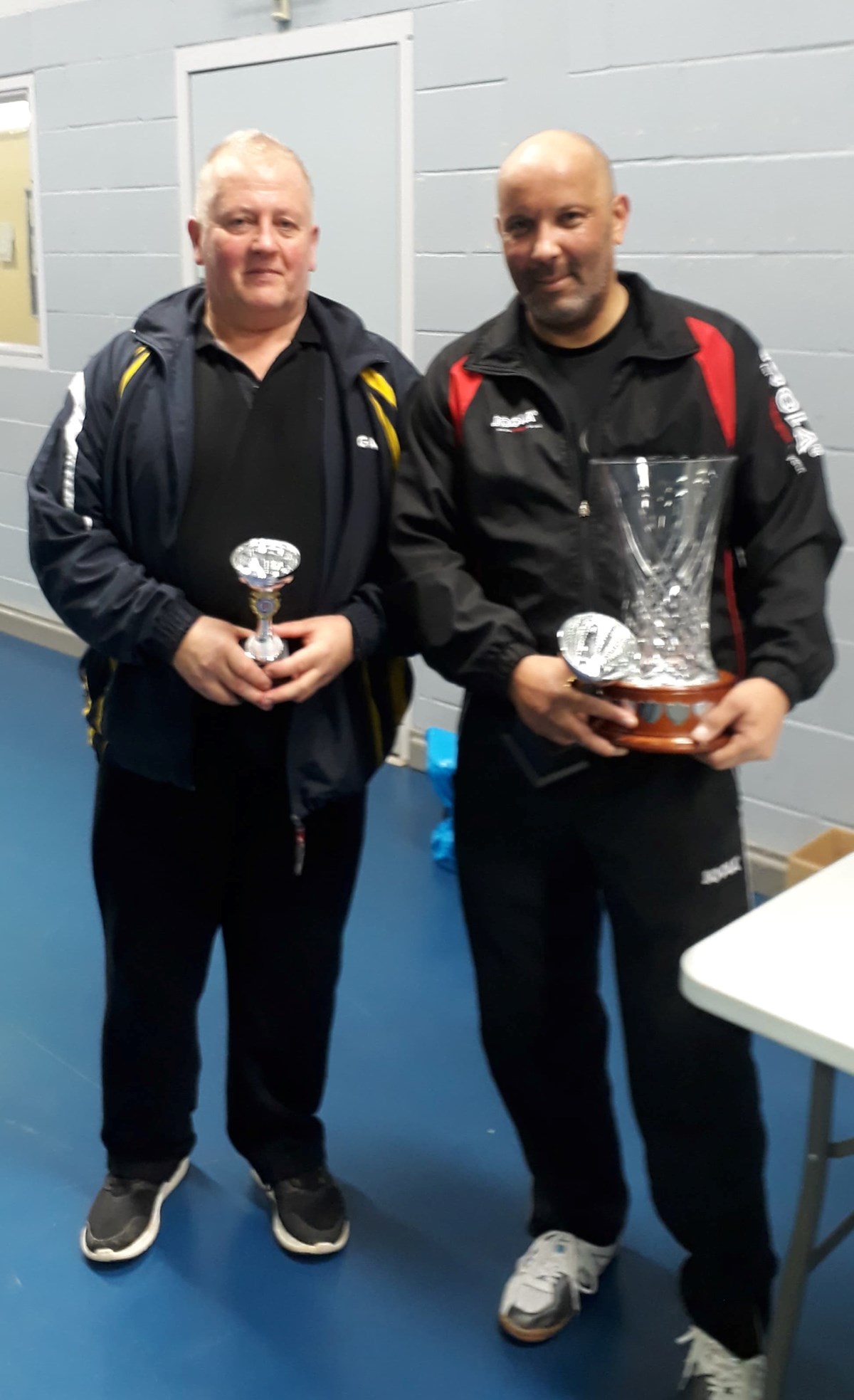 The Veterans Ladies event only had three players after Deirdre Kiziak was forced to withdraw due to illness.

The Vets Men's and Women's score sheets can be downloaded - see below.