Top class coach David Godbold and recent award-winner Alan Hedley were this week involved in the running of a Premier League 4 Sport table tennis tournament held at John Spence Community High School. 24 young people were involved and Israel Shodeinde, Jack Cairns, Alfie Davies (Cramlington TTC) and Jake Bennett (Imagine TTC in Sunderland) made it through the group stages. In the end, Davies triumphed over Shodeinde in a high quality final. PL4S is a government initiative aimed at encouraging young people in Tyneside and Northumberland to play sport more often and join local sports clubs. This tournament, in partnership with the Newcastle United Foundation, was yet another success for the programme.

Nearly 60 youngsters from all over the North East as well as Lancashire, Cheshire, Lincolnshire and Yorkshire will take part in the Cramlington Junior 2 Star Table Tennis Tournament at the Sporting Club, Cramlington next Saturday. Top seed in the Junior Boys singles is Daniel Olsberg from Lancashire whilst Holly Williams of Stockton-on-Tees is the top rated player in the Junior Girls. Wallsend's Adam Webster is seeded third in the Cadet Boys. Other events are Cadet Girls, Under 13 Boys, Under 12 Boys and Under 13 girls.

In the Northumberland League, it was the first Knockout Cup week. Teams of all divisions face off against each other, higher-rated players receiving handicaps to even the games out. A young Cramlington Lions team travelled to Old England to play against the Jacks but, despite having reasonable head-starts, were unable to overcome Alan Atkinson, Lynne Herrington and Jake Helm. Joe Hastings did well for the Lions to beat Herrington but it meant little to the outcome. Cramlington Swifts faced Cramlington Reivers in a tight encounter, Reivers eventually edging the game 6-3. Alex Hinchliffe was the Player of the Match for them as he won his 3, Paul Jamieson helping out with 2 wins and Alistair Colin chipping in with another. In the final game of the week, NECA had a fairly comfortable win over St Chads to see them through to the next round. 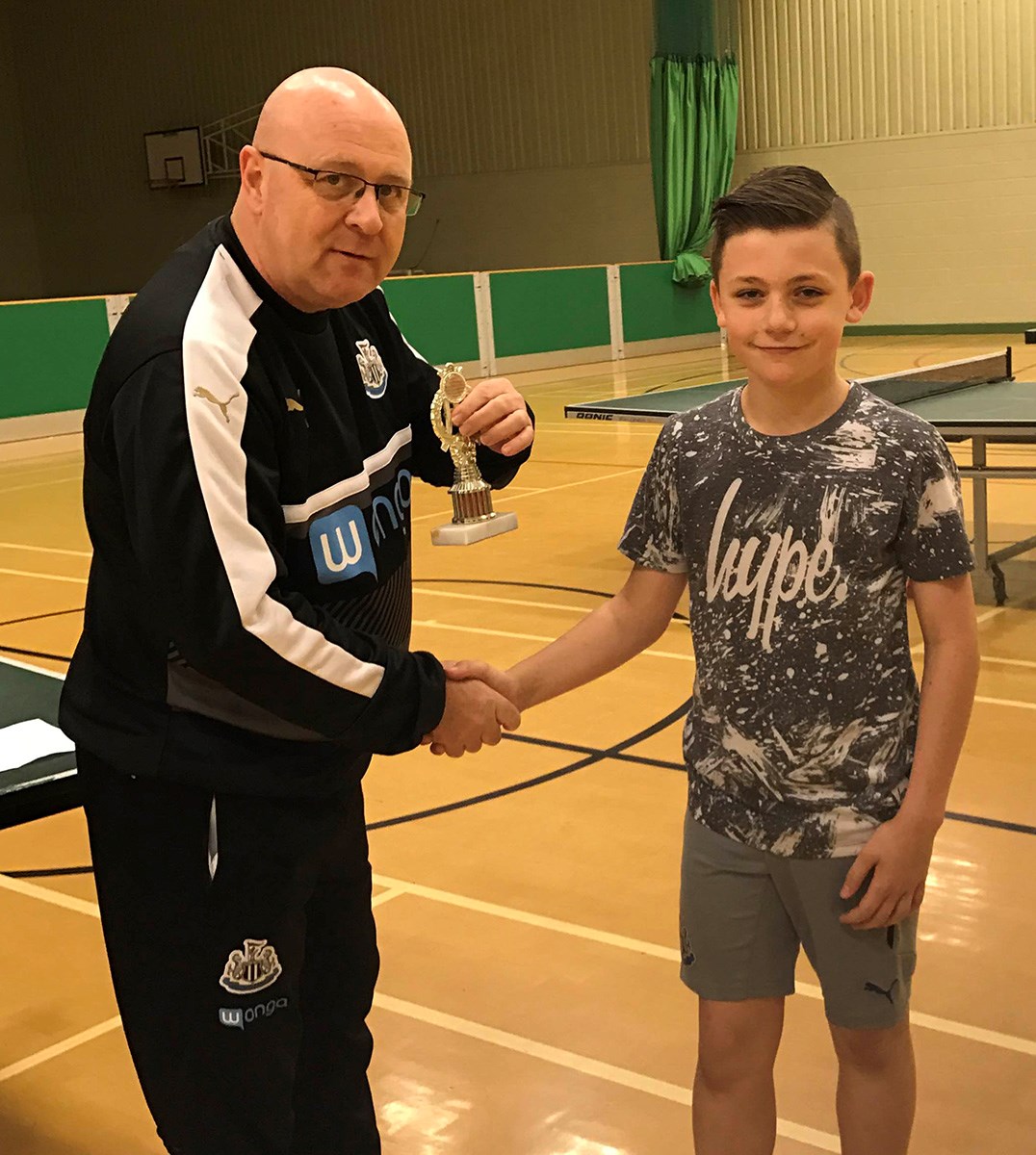