The much anticipated Handicap Cup final took place at the sporting Club of Cramlington between the two club teams of Corinthians and Tigers. The Corinthians team of Andrew Matfin, Jamie Hall and Adam Webster were the pre match favourites and the Tigers team of Paul Jameison, Peter Smallcombe and Lee Eadington looking to upset the handicapping though their opponents all had healthy starts. First up was Matfin vs Peter Smallcombe who was conceding an 11 point start. Matfin playing consistently won in 2 games 21-10 21-15.  Probably the most improved player this season Adam Webster was up next against Paul Jamieson and took full advantage of a 10 point start to win comfortably 21-3, 21-11 making it two nil to the Corinthians. The 3rd game gave the Tigers some hope as Jamie Hall was unable to cope with the high lobbing, retrieving game of Lee Eadington and lost close in 2 ends despite a 13 point start. Webster then played Smallcombe who seemed nervous in what was the clash of the two best players. Smallcombe losing 21-14, 21-15 again giving his opponent an 11 point start and not able to overcome the deficit. Next up Matfin vs Eadington and won the first comfortably 21-8 but then seemed to falter in the second with Eadington pulling out all the stops to get level and then run out of steam and lose 21-17. Match score now 4-1 to the Corinthians. Jamie Hall was next to the table and could clinch the cup if he could win against Jamieson. He was full of determination and played his best table tennis to win in two straight games 21-14, 21-16 much to the delight of his team mates who rushed onto the court to celebrate 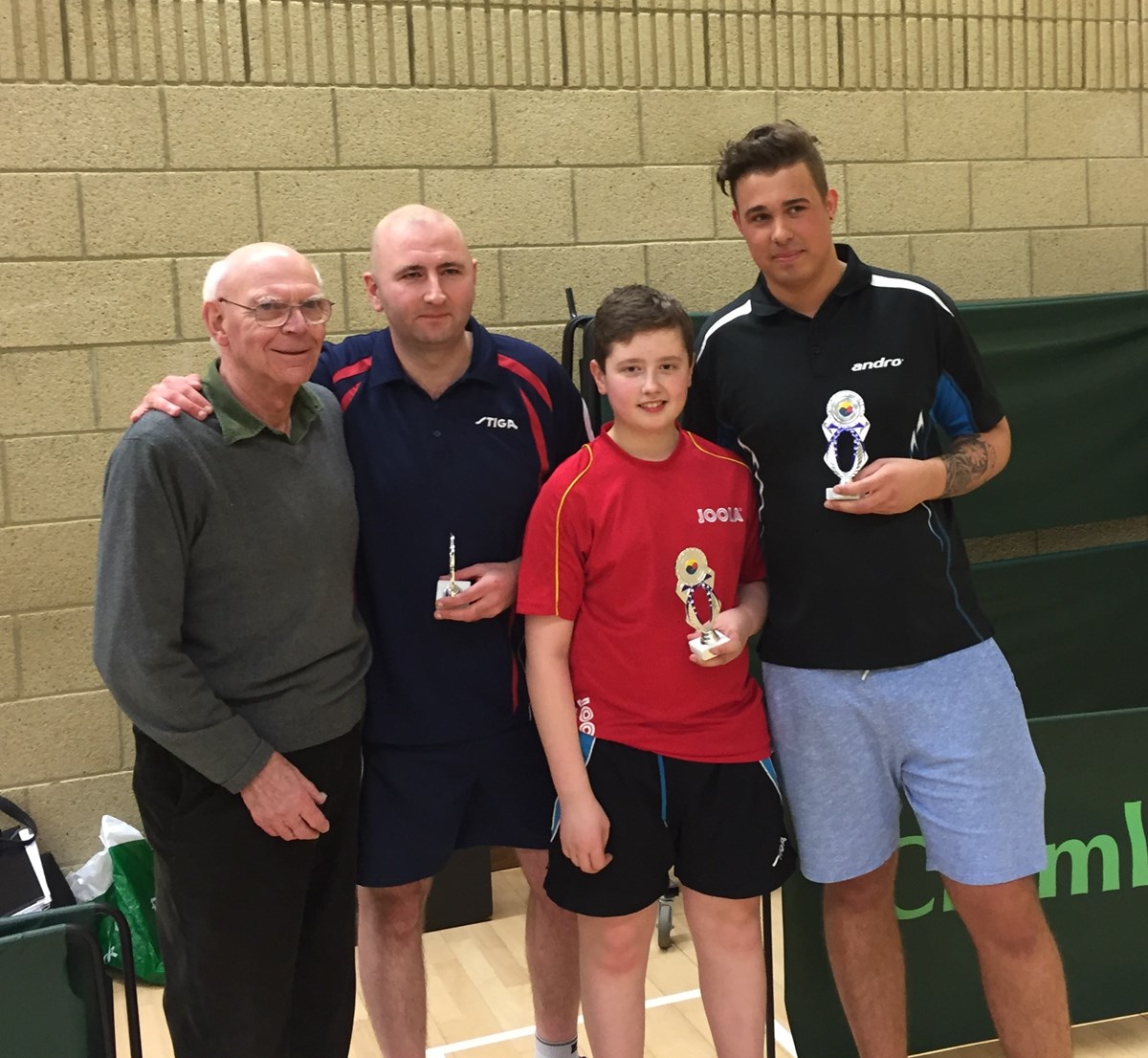 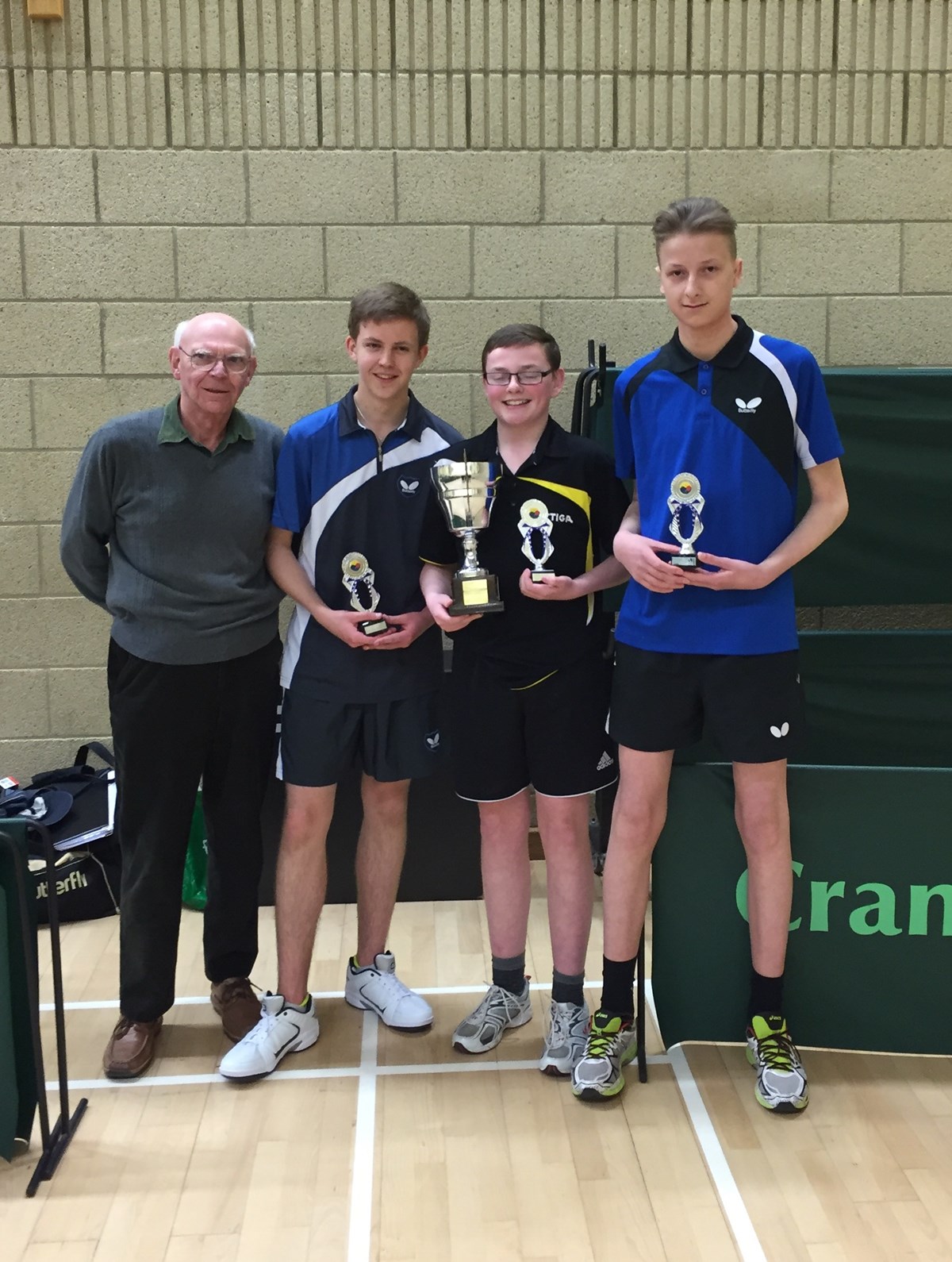