League update 8th June
NECA’s Chun Yin Yu maintained his unbeaten record in the Summer League this week when he won 2 matches against Riding Mill. O’Connor and Cheek both won 1 match for the Mill but they turned up without a third player and subsequently lost 8-2 overall. Mount TTC A’s Lee Eadington took Player of the Match against Byker when he took a 5-end win against brother Dean and then 3-0 victories over both Kimberley and Craddock. Final score 8-2 to Mount with Christie picking up his hat-trick but Wraight losing 2.
In Division 2 a 10-0 victory for Old England over Ouston A may not be truly reflective of how the game played out as 4 matches went to 5 ends and 11 ends in total went to deuce. Mount TTC B beat Matfen A 7-3 with Roberts, Mouzon and Livingstone all picking up 2 wins plus the doubles.
Division 3 saw 2 comfortable wins for Brandon Anacondas and Cramlington Cobras with Jamie Lupton taking Player of the Match for the Anacondas against Sacriston Comets and Peter Wilkinson taking Player of the Match for the Cobras against Backspin TTC B.
Friday night offered a showdown between two Cramlington teams, the Corinthians and the Magpies. Sam Nair was Player of the Match for the Corinthians with his hat-trick and in particular showed real grit to come back from being down by a few points in 3 ends against Jamie Hall. Newcomer Philip Smith played some great table tennis for the Magpies to beat the experienced, tricky Pauline Long and youngster Anna Sowerby.

Cramlington Jaguars enjoyed a comfortable 10-0 win over Cramlington Knights in Division 5 and Brandon Energy beat Sacriston Eagles 8-2. Patrick Nicholson took Player of the Match there but Jack Pugh did well to win 2 for the Eagles. 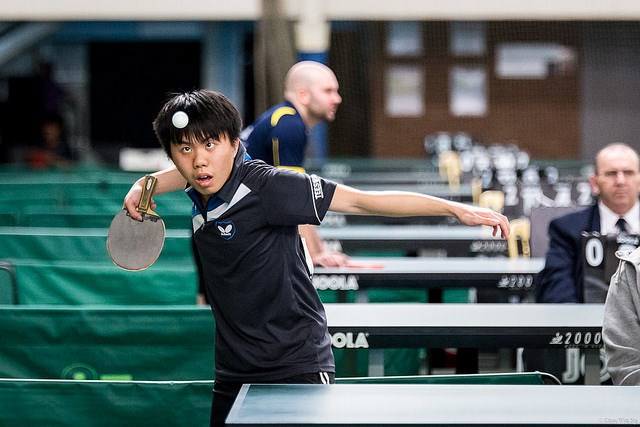