News from the AGM held on Tuesday 6th of July. A minutes silence was observed to mark the passing of Ray Lydal, Rob Scott and Brian Illingworth. Aubrey Drapkin stepped down as Chairman and was voted in as the new President of the Northumberland Table Tennis Association. Gareth Pearson was elected as the new Chairman. Brian Pierce stepped down as treasurer after 19 years and Dave Nichols has taken over. All other officers remain unchanged. Only one slight rule change and that was regarding the Handicap Cup. Instead of forfeiting your deposit for conceding a match once you've agreed to play in the cup a £10 fine will be imposed instead. Clubs were reminded that you can now renew your Individual Membership for the forthcoming season. A new trophy for the 4th division champions called the Aubrey Drapkin Cup in honour of his 40 years service to the league was presented. 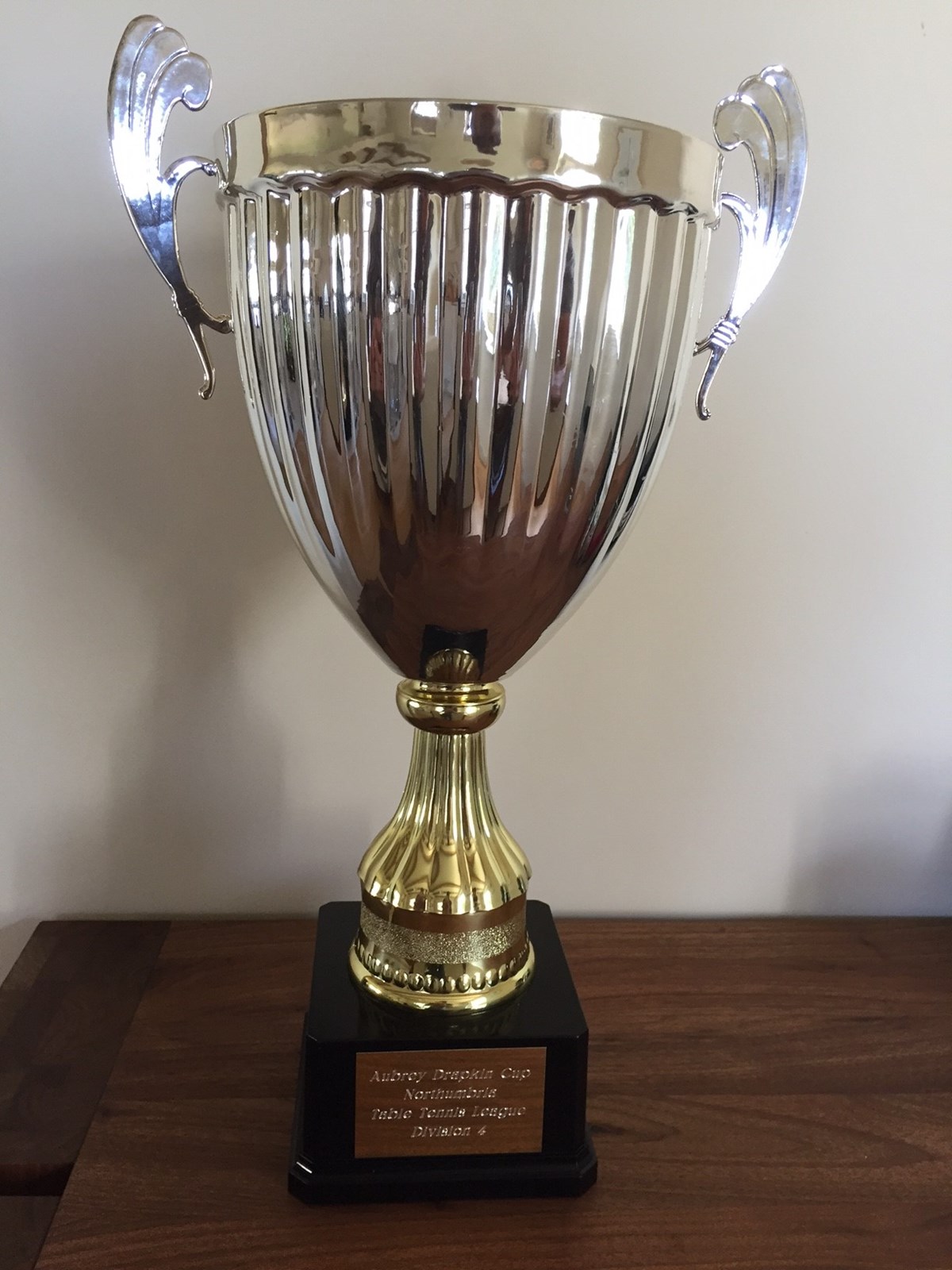