The last match in the Winter League 2018-19 was the final of the Team Handicap KO Cup which, as the name indicates, allocates a handicap to each individual player. This allows players from lower divisions to play against the stronger higher placed teams with a points start, enabling closer games.

Thirty-eight teams entered with the first matches being played in October 2018. All told there were six rounds with the final being played, at a neutral venue, between Prudhoe and District United Services Club and Cramlington Trojans on the last day of March 2019.

Match 1 saw Andrew Firth giving a 7 point start to Alastair Johnson which he overcome to take the first game for Prudhoe.

Match 2 followed with Mark O’Connor giving 10 points to Jack Cairns. O’Connor found the rapidly improving Cairns too much and lost in 2 ends to make the match score one all.

The following 2 matches saw Maurice Cheek loose to Israel Shodeinde and O’Connor loose to Johnson both in 2 ends.

In match 6 Cheek lost against Cairns.

Match 7 again showed Firth overcoming an 8 point start when he beat Shodeinde 21-19; 21-19 to bring the score to 3 points for Prudhoe and 4 points to Trojans. The next match was going to be crucial.

Match 8 saw Cheek play Johnson with Johnson having a 4 point start. Never the less Johnson found Cheek’s pimples a little difficult and lost the first end to Cheek 21-12. In end 2 Johnson recovered to  take the end 18-12.  The last was again tight. At the half way turnover Johnson seemed to have the game in hand but Cheek stepped up to make it 19-16 to him. Johnson reacted and drew back the score to 20 all. In a nail biting finish Johnson then took the last 2 points to make it 20-22 to Trojans thus winning the overall match 5-3.

Firth and Cairns had both won their 2 matches and though the match was won it was good to see them playing in a ding dong match in which Firth was narrowly beaten, 21-17; 16-21 and 18-21.

The KO Cup and runner up and trophies from winter league and closed tournament will be presented at  Goals Newcastle, High Gosforth Park, Newcastle, NE3 5HP. 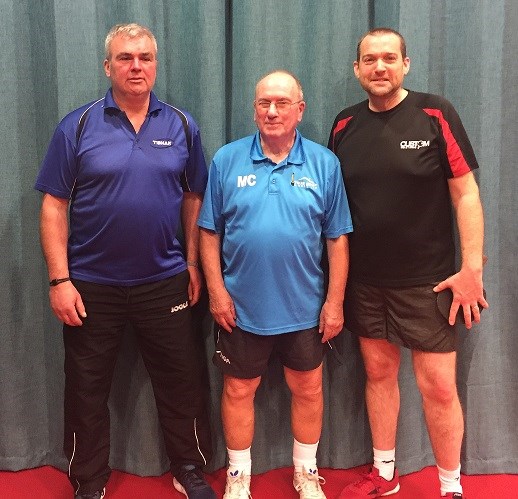 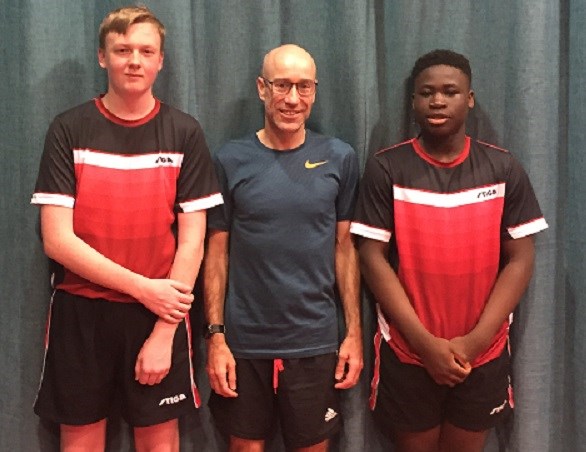